Cherelle Khassal and Ashlee Hincks surprised young players at a Palace for Life Foundation Soccer School this week, taking part in a Q&A and signing autographs. 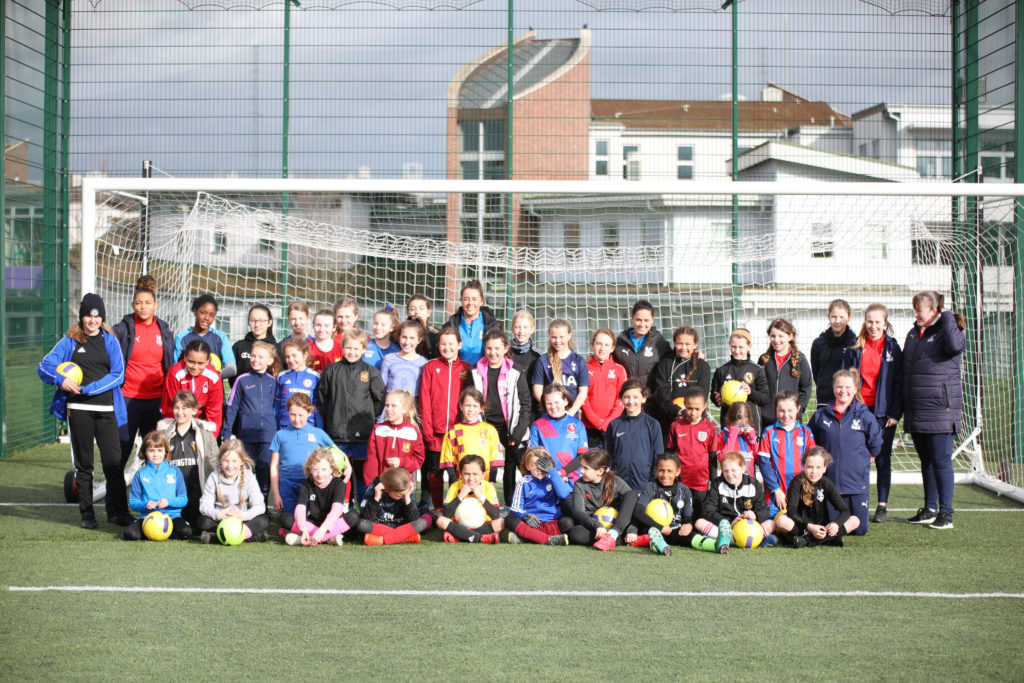 Almost 50 girls aged between eight and 14 attended Palace for Life Foundation’s girls only Soccer School during the February half-term. Young players at the sold-out course were also treated to a surprise as two Palace Women’s players, Cherelle Khassal and Ashlee Hincks, travelled to the camp to meet the next generation of players and inspire their progress. 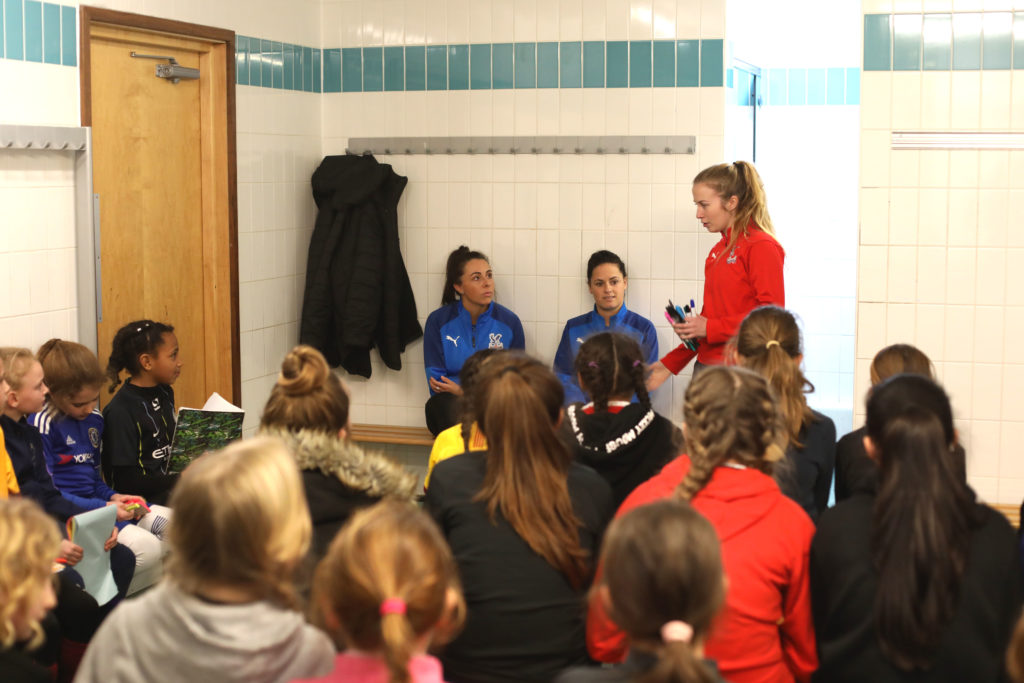 For the February half-term week, Palace for Life are running three football courses exclusively for girls to give them a welcoming and safe environment to develop their skills. Running at Bishop Justus School in Bromley on Monday and Tuesday of the holiday and then at Heavers Farm Primary School in Upper Norwood on Thursday, the courses aim to give girls from south London the opportunity to develop their skills with the highly-qualified Palace for Life coaches. 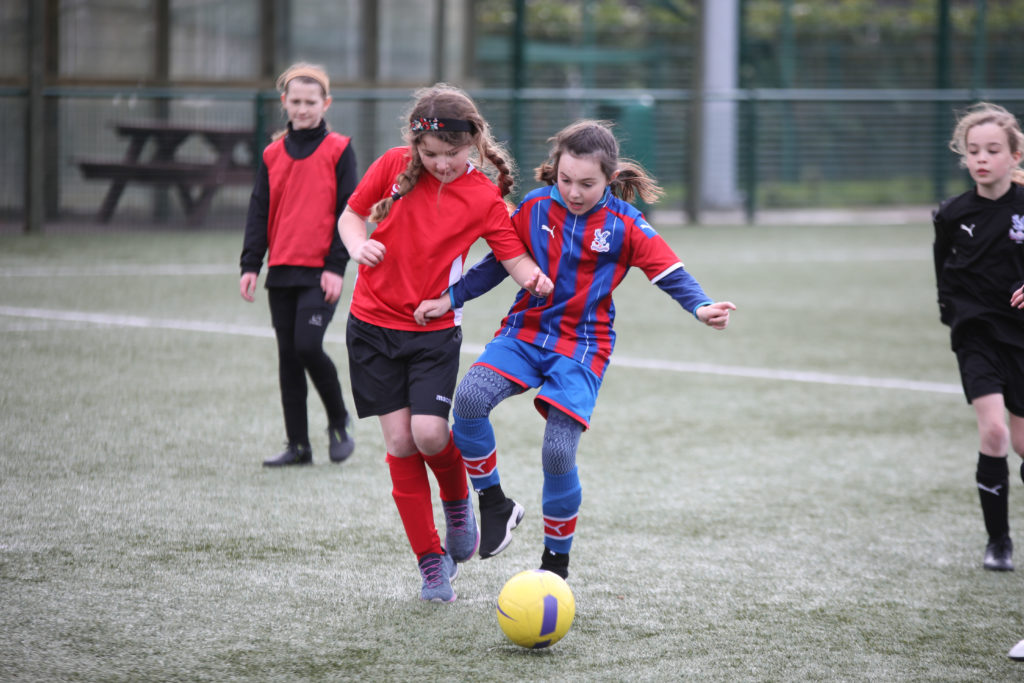 After arriving to excited cheers, the Palace Women’s players met with the fifty aspiring footballers, who gave them a grilling on topics ranging from their careers, their early footballing development and what the most goals they have scored in a single game is. Following one of the toughest interviews any player can face, the players took the group of starlets out to the field to give them some top tips and for a signing session.

Forward Khassal said of the day: “It’s really good to see so many girls here, I was speaking to one of the coaches before and they were expecting thirty and they’ve got fifty now. We did a Q&A inside and some of the girl’s questions were really inspiring. I would have loved to have been this age now, what they’ve got going for them, the future is very bright. The set up for women’s football is only going to get better with courses like this and some of these girls could be the future for England. It’s really good today and I’m really privileged to be here and represent Palace.” 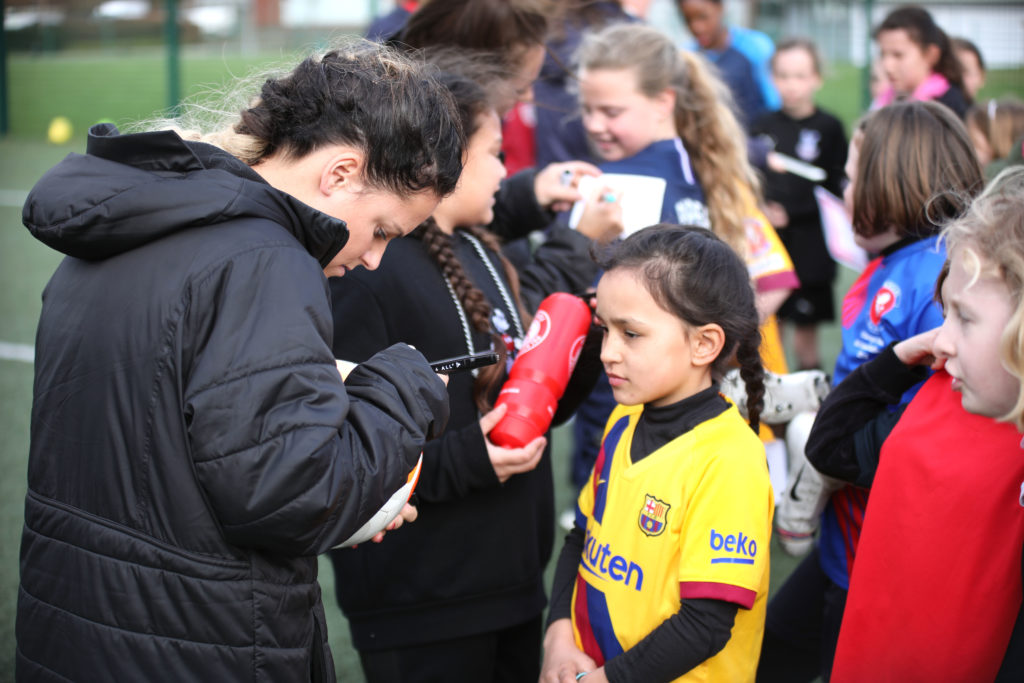 Jamila spoke about the course saying: “ I really like the courses, they’re so much fun and we get to do loads of different skills so I learn lots. It was really cool having the players visit too, they we’re so nice.”

Lilly told us: “The camps are good, it lets me try lots of different positions. I like meeting the players too, I’d like to do that one day!” 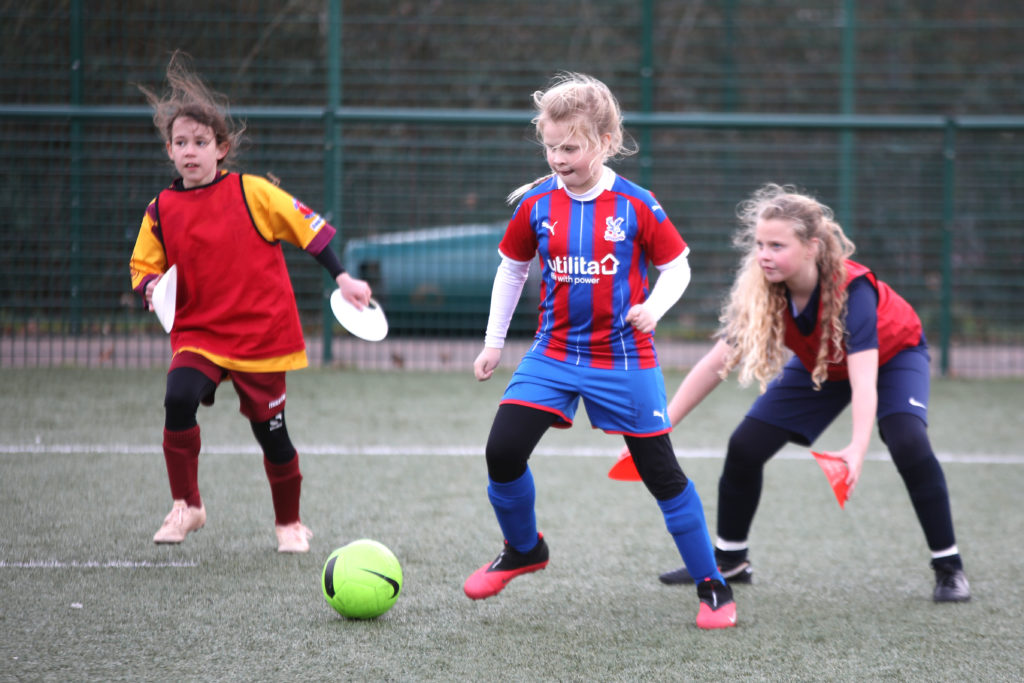 Palace for Life Foundation’s Lead Coach at the session, Charlie Spencer, said: “I’m delighted with the turn out we’ve had over the last two days. It’s inspiring to see so many young girls engaging with football and to see their passion for the game. To get Khassal and Ashlee down at the session is excellent as well. Seeing how the girls faces lit up when they were speaking and how enthusiastic is made them in the session after they left shows the inspiration they brought.”

The Girls Only courses run alongside out other Girls Football sessions which can be found here.