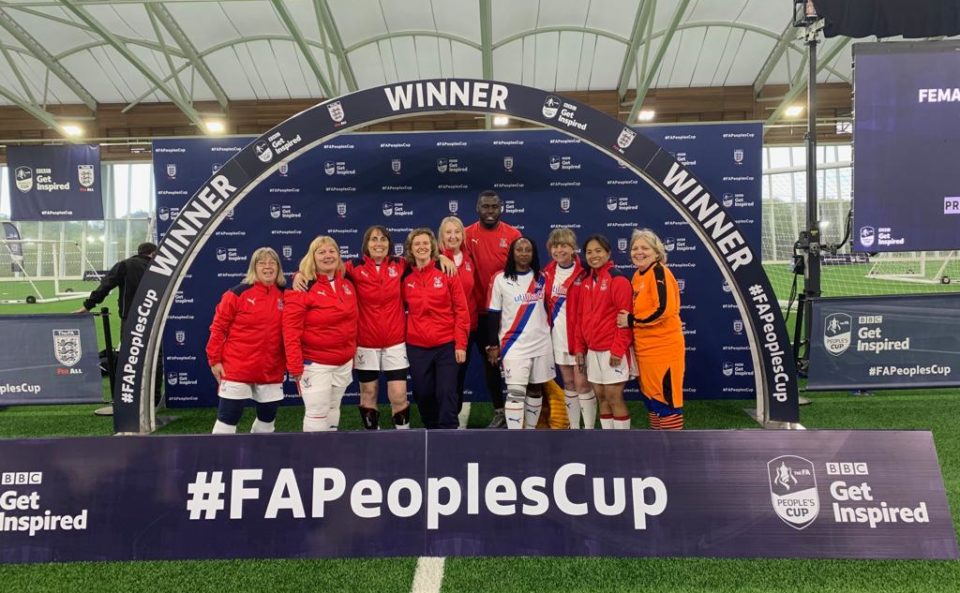 Player Catherine told us how the weekend went:

“Palace for Life Woman’s Walking Team reached the final stages of the FA People’s Cup having played nine matches in total in the first two rounds without losing a match. This was a surprise to most of us, as from a squad of eight players only a couple of us had previous match experience.

To quote our goalie, Sue: “This is the first time I’ve played proper football!”

We arrived at St Georges Park on the evening before our games to savour the environment of the venue and to continue to develop our ‘team spirit’.

Already impressed with the site it was amusing to see that two of the main posters on the outside of St Georges Park Football Centre were dedicated to the Palace for Life Women’s Walking Football Team – one of Sue and the other a team picture. Our photo had also made it onto the front cover of the weekend programme and during the day we came across flags bearing our team and even a photo embossed on the floor of the main building! 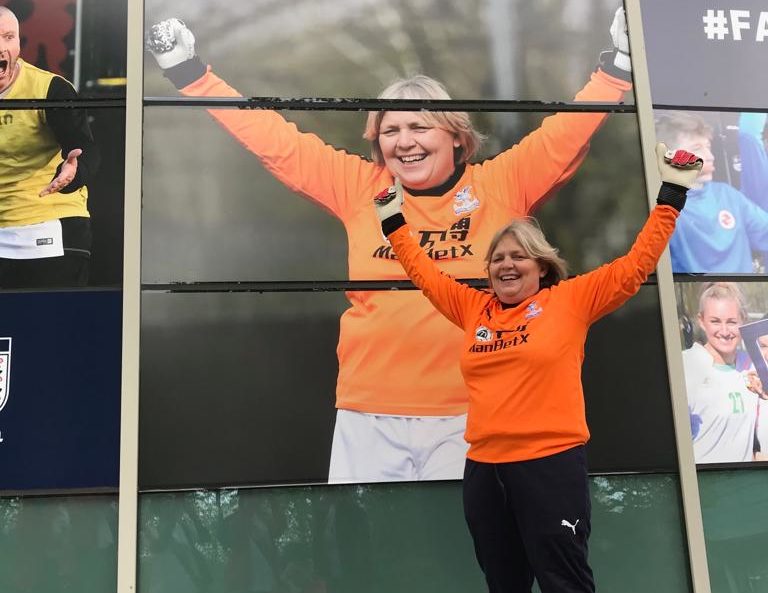 Six teams had made it through to the final stages. Our first match (versus Birmingham Reds) began well with a 1-0 win despite nerves. All matches were keenly contested including losing 2-1 to the eventual finalists (PNE) in a game that we should have drawn and drawing 0-0 (Sheffield) when we should have won.

Because all the matches were close the teams progressing to the semi-finals were not decided until the final game. Unfortunately the results did not go our way and we narrowly missed out by one point. Despite our disappointment we still had the energy to go and cheer on the finalists which saw Birmingham Blues defeat PNE 1-0 against the run of play.

Just before leaving the following day we bumped into Gareth Southgate who agreed to have a photo taken with us! What an end to a fabulous weekend. 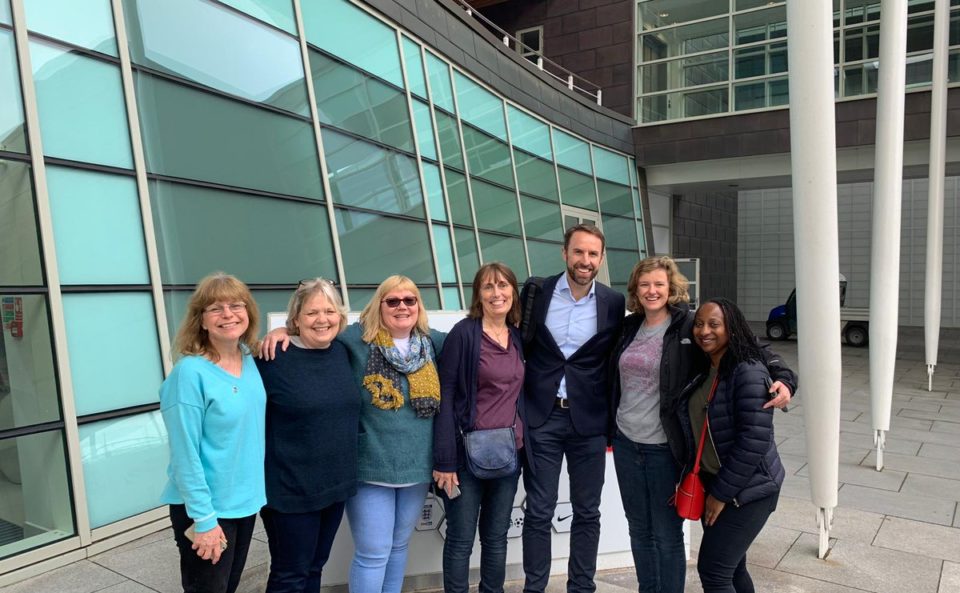 All the team agreed that it had been a brilliant experience and want to take part next year in the competition and hopefully reach the finals at St Georges Park again.

Thank you to Palace for Life Foundation for giving us the opportunity to participate in walking football, to Roxanne Bennett for all her organising and calm approach and of course a special mention should go to Anton Dawkins our team coach who has helped develop our skills and tactics but more importantly keeps us laughing and having fun.”

Find out more about the Women's Walking Football Team and how to get involved in their sessions.