More than 200 girls celebrated FA Girls’ Football Week with Palace for Life Foundation, the official charity of Crystal Palace, during a busy morning of activities at Heavers Farm Primary School in South Norwood.

Girls’ Football Week (Monday 23 April – Sunday 29 April), which is supported by Disney, is a national campaign to get as many girls as possible playing the game. 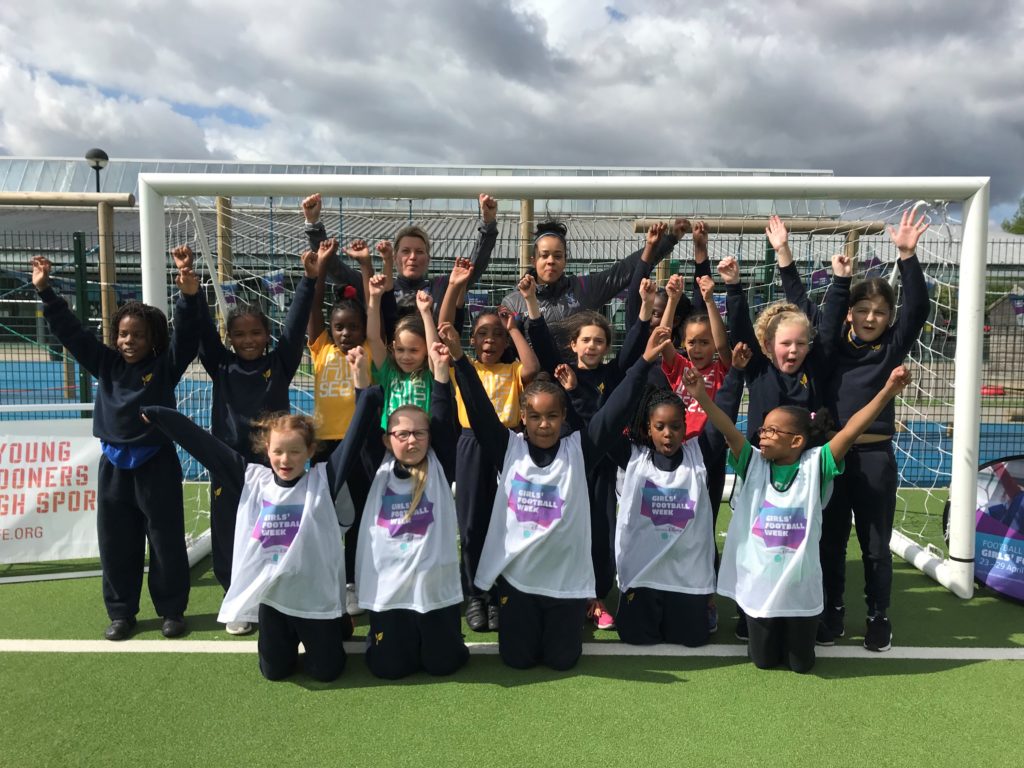 The day kicked off with an assembly for the whole school, which is just minutes from Selhurst Park, before girls were invited to take part in drills and games led by Foundation coaches, including Palace Ladies player Pam McRoberts.

“Girls’ Football Week is really important to me because when I was young there weren’t many opportunities for girls to play football, it’s great to be here to let girls know there are football teams and coaching out there for them, like Wildcats on a Saturday morning,” said McRoberts. 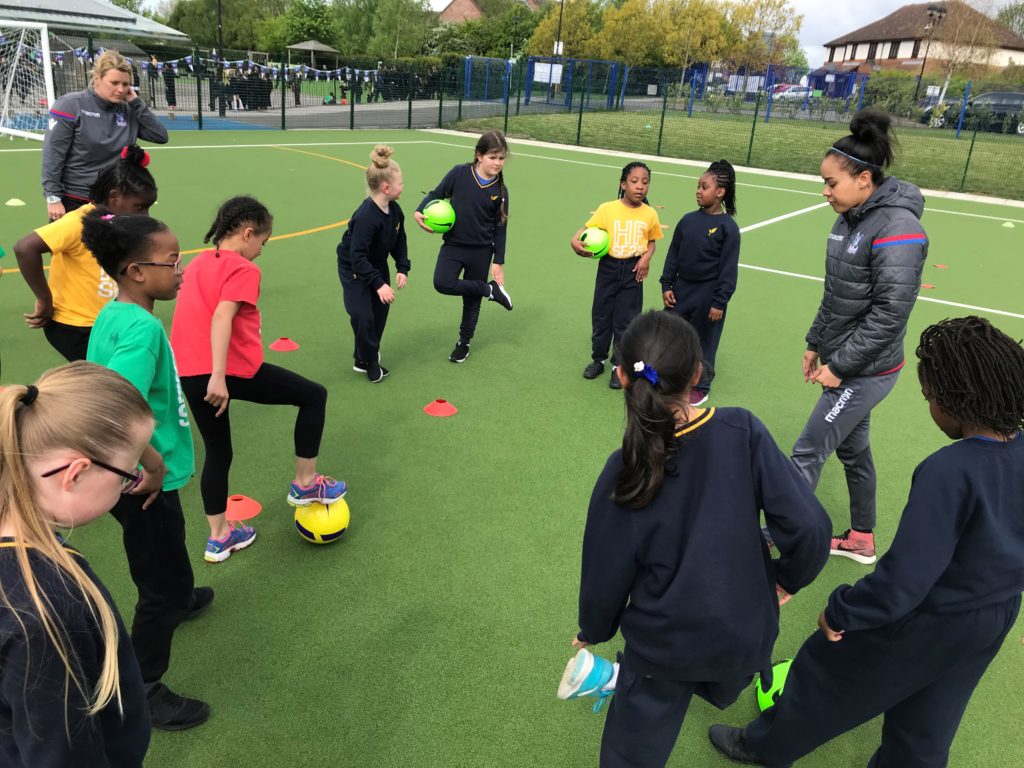 For many of the girls, who were aged between 5 and 11, it was their first taste of football and McRoberts hopes it will just be the start of their footballing journeys.

“They seem to have really enjoyed it, for some of these girls it’s their first time playing and they’ve been telling me they want to join teams so that’s really encouraging. Some of them have found it challenging, but they kept going and that is great to see,” she continued.

Elizabeth, aged 9, who took part in the session said: “I love football because it’s fun, I had a great time and I learnt about dribbling.”

Libby, also aged 9, added: “Football isn’t just for boys, it’s for girls too. I learnt some new skills and it was fun.” 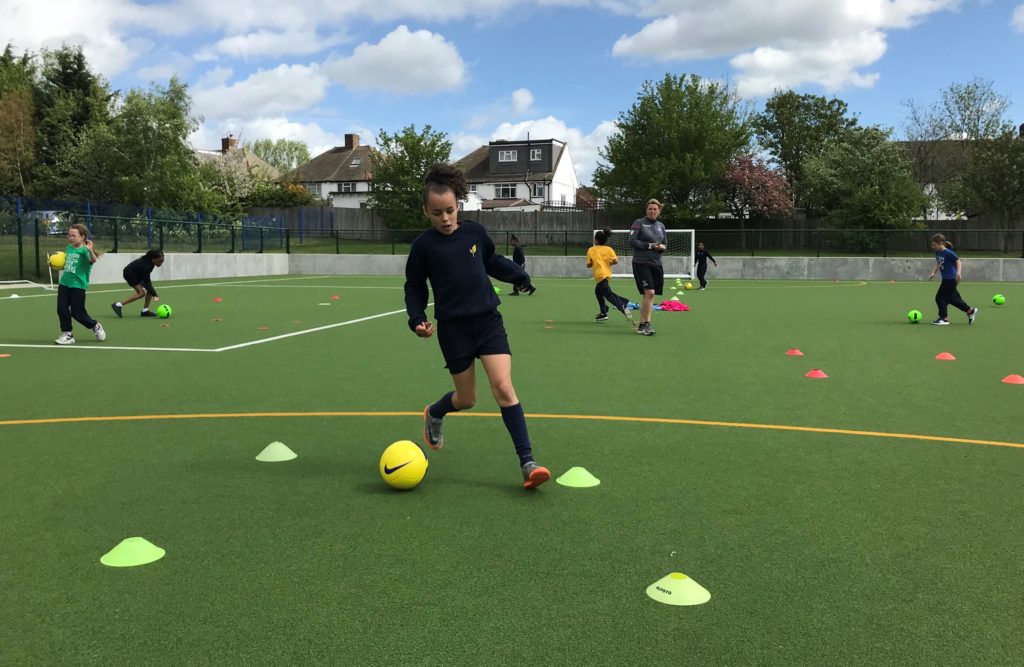 The morning was led by Foundation Sports Development Officer Roxanne Bennett who took girls through Disney-inspired warm-ups and football skills that encouraged them to get active and interact with one another.

She explained: “We want to embrace the opportunity of Girls’ Football Week to inspire girls to play the game and give them the chance to enjoy playing with their friends and have lots of fun.

“We want to let girls know that there are opportunities in the area for them to get involved. Football is a team game where you learn how to work with other people and see that by working together you can achieve.”

To find out more about Women and Girls football with Palace for Life Foundation contact roxannebennett@palaceforlife.org