Palace for Life attend Downing Street with the Premier League 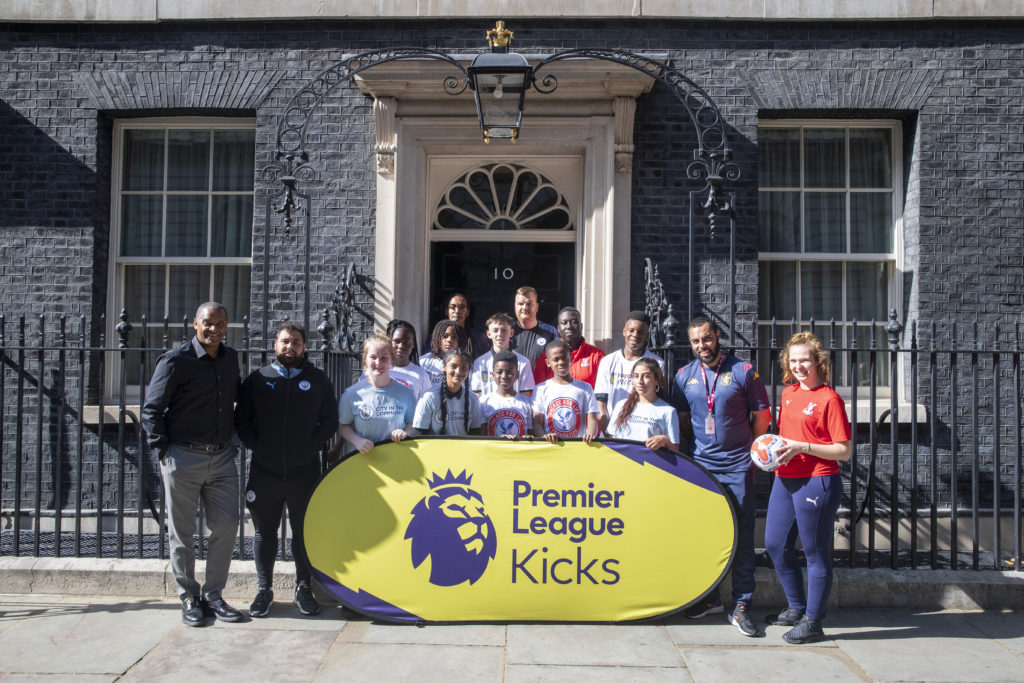 The reception, on Monday 15 July, followed the Government’s recently formed Ministerial Taskforce on Serious Violence and recognised role models, volunteers and frontline workers across the country dedicating their lives to reducing youth violence.

Mark Bright, Under-23 Director at Palace, said: “I was honoured to represent Palace at Downing Street and to help shine a light on the positive work being done by the Premier League and our Foundation to create safer communities for young people through sport.” 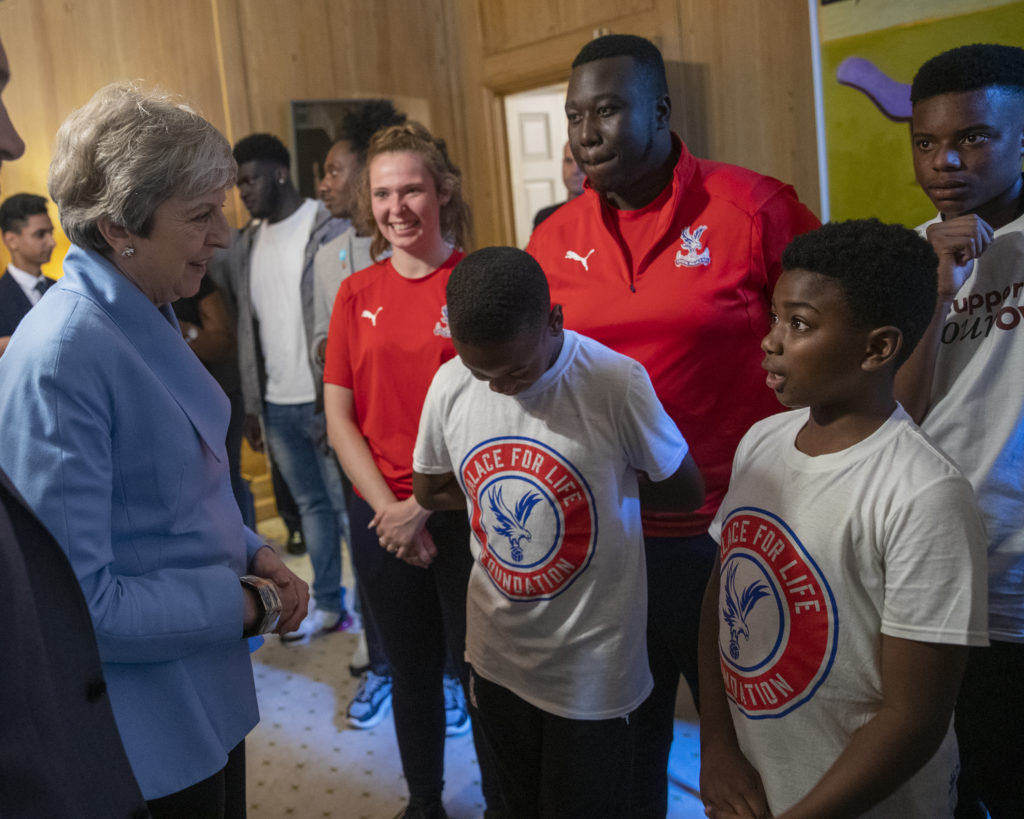 PL Kicks regularly engages children and young people of all backgrounds and abilities, in football, sport and personal development – providing a trusted, positive influence in high-need areas across England and Wales.

Malachi McBean and Daniel Skyers, both 11, and Rebecca Aromasodu, 15 were selected to attend Downing Street thanks to their hard work and dedication at sessions this year, with Rebecca having recently signed for Sutton United FC. 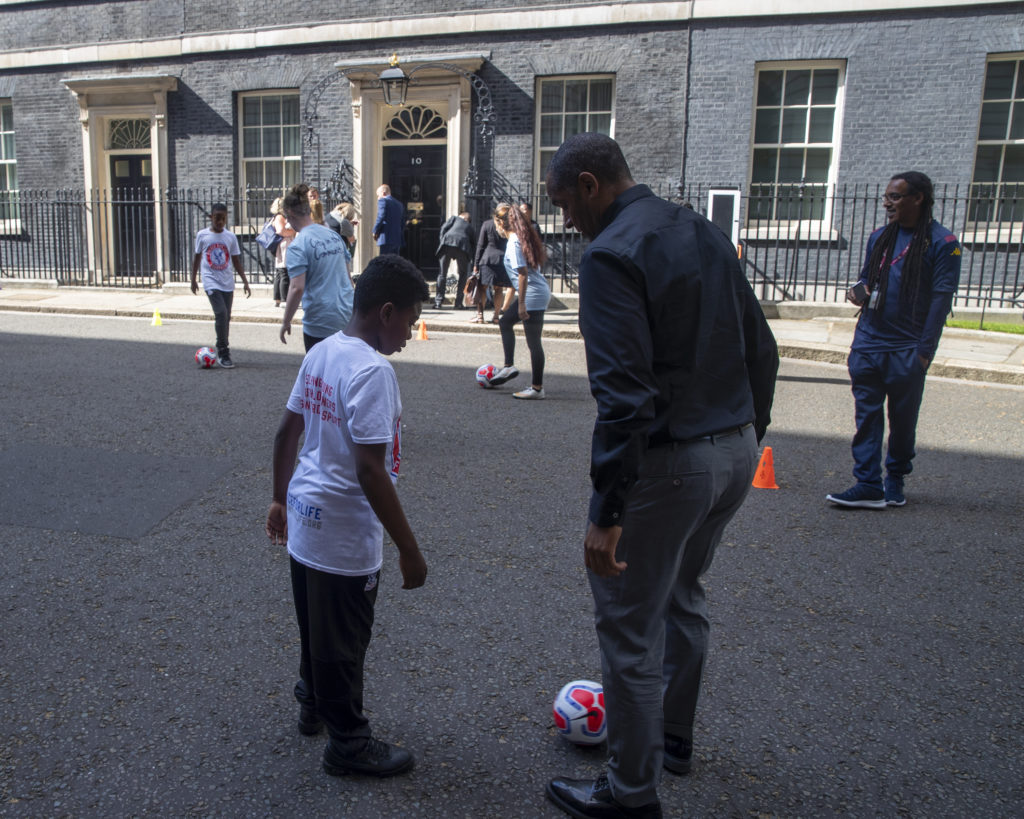 George Henry, who also attended PL Kicks football sessions when he was younger, said: “PL Kicks is an excellent community initiative that provides access to free sport and social activities in areas where there isn’t always much for young people to do.

“I was really pleased we were able to bring Malachi, Daniel and Rebecca, it was amazing to see them playing football on Downing Street and enjoying the experience!”

The group joined representatives from Manchester City and Aston Villa to take part in a kick about before meeting the Prime Minister, Theresa May, to talk about PL Kicks and Palace for Life. 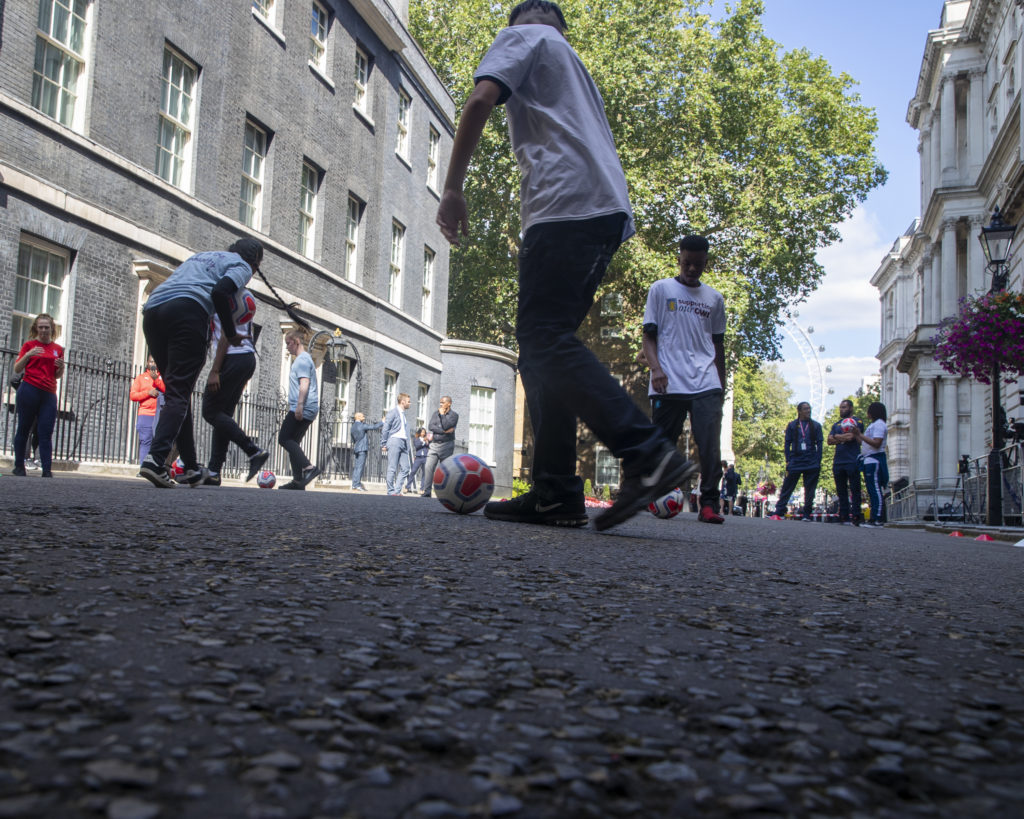