Local businessman Paul Leone, director of Aqua Blue Cleaning Support Services Ltd, became an inaugural member of the Palace for Life Investors Club. Palace fan Paul pledged £1,000 to support young people in the community after hearing about the work of the Foundation. We caught up with him at Selhurst Park. 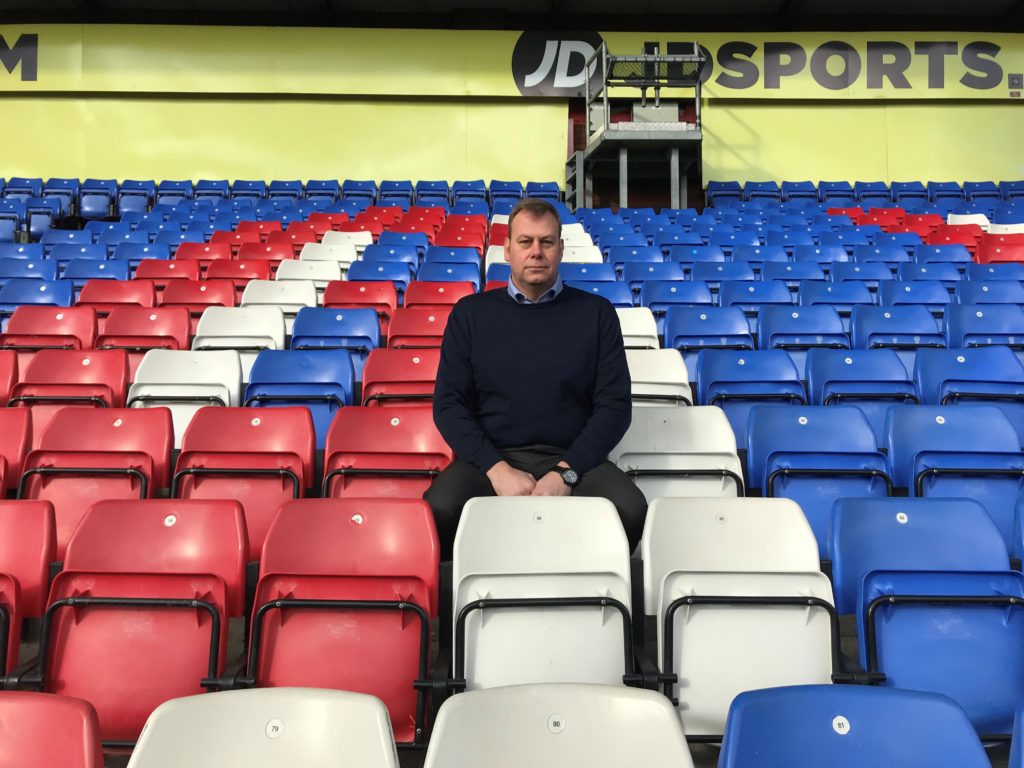 How long have you supported Palace?

Since I was about 6, so about 43 years. My dad was a season ticket holder with my two uncles when I was younger because we lived round the corner on Ladbroke Road. The first game that I went to was when Palace beat Bury 1-0, in 1976, and I’ve supported the club ever since. I used to be a ball boy down here when I was younger as well, around 1978/79 and the 80’s with Terry Venables, when Kenny Sansom was down here.

What is your company called, what does it do, and how many people do you employ?

The company is called Aqua Blue Cleaning Support Services Ltd, and we employ roughly 240 people. We clean commercial properties: Selhurst Park, the training ground and the academy ground. We also do schools in Greenwich, Croydon, Lambeth, Islington and Bexley, and we clean boats on the Thames – that’s every day of the year, Christmas Day included! Finally, we do three West End theatres and offices as well – anything from Croydon up to the West End, branching out a bit into Greenwich.

What makes your company special?

There’s three directors of the company, and we do things bespoke, looking after our own clients. We’re so passionate about our work. For example, here, the Stadium Manager might ask us to do something, so we’ll talk and get it sorted quickly. It’s the same with everyone we work with. We don’t tell them what they want, we ask them, and then we can help them achieve that goal – we listen to them. Talking to our clients every couple of weeks face-to-face helps. We haven’t lost that as we’ve grown the company from nothing in December 2006 to turning over just over £2.2 million last year. We haven’t got a marketing team, we don’t market, we don’t have telly sales, it’s all through word of mouth, networking, and people hearing about us.

Why were you so keen to support the Palace for Life Foundation?

The three directors all passionately believe in the community. Whether it’s in the school community where we work, or the community around Crystal Palace, it’s about giving back. The Foundation is local, it’s all part of Crystal Palace, and it’s doing great things within the local area, so we’re delighted to be involved. We’ve always tried to help out – we used to have a box here, and all the schools we cleaned at had a game each, so the kids came up and watched the game. For 90% of them it was the first time they’ve watched a game of football. Most of them supported Arsenal, Chelsea or Man United, so we made sure they knew Palace was their local team and they should keep a look out for the Palace results.

Do you have a message for other businesses?

It’s a great charity, jump on board! You can see, look on their website at what they do, they really help local people, whether it be kids, people with disabilities or older people – it’s a great spectrum.

To see the current members of the Palace for Life Investors Club, click here.