School children from across south London spent Tuesday afternoon with Crystal Palace players and members of the Philadelphia 76ers squad in Dalston, east London, ahead of the team’s NBA fixture against Boston Celtics on Thursday night.

60 teenagers involved in projects run by the Palace for Life Foundation and the Junior NBA Programme took part in an hour-long coaching session with NBA coaches, where they honed their passing, shooting and ball handling skills under the watchful eye of 76ers players Dario Saric, Robert Covington, TJ McConnell and Trevor Booker.

The youngsters were treated to an extra surprise when Crystal Palace players Mamadou Sakho, Timothy Fosu-Mensah, Patrick van Aanholt and Jairo Riedewald entered the sports hall and joined in the session.

Mamadou Sakho explained the significance of the event: “It’s really important for us too, we used to be young, to have this kind of afternoon to share with the kids and the NBA players – I think maybe they won’t sleep for a week!

“As professionals, it is part of our job to give back and we need to start with the kids, because they are the future.” 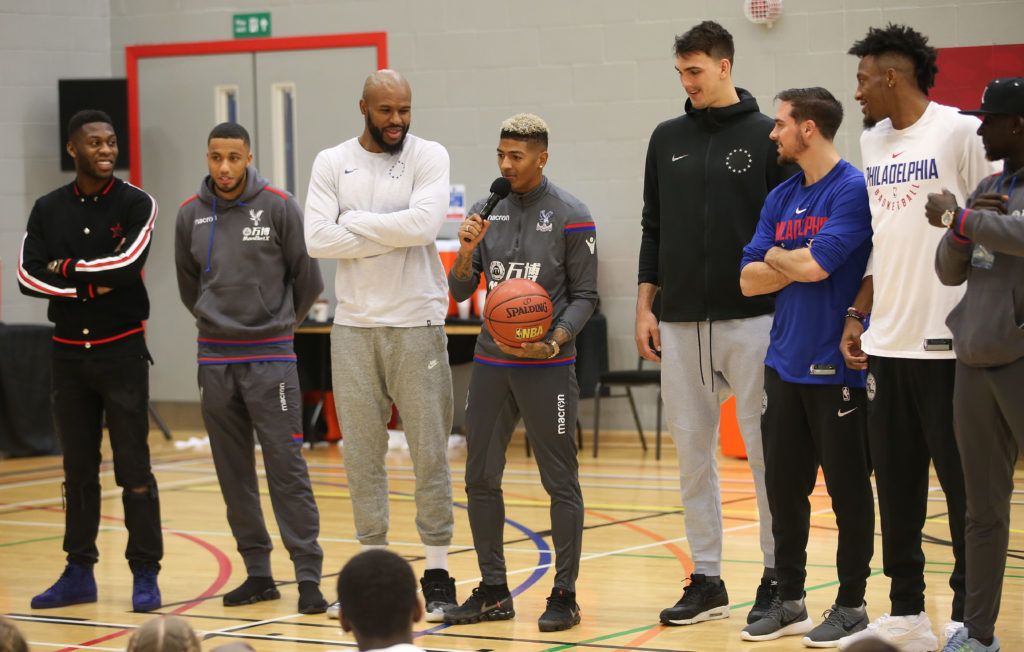 Van Aanholt was delighted to have the chance to take part as a fan of NBA. “It was a very helpful session, I really liked it, it was a good experience to have – very different from football. I really enjoyed it.

“I’m a big basketball fan, I play NBA on PlayStation a lot and I watch a lot of the games on TV, but it’s hard with the time delay, I have to record them!

“For the kids this is a great experience, to inspire and help them.”

Kyan, 13, from Carshalton Boys Sports College, admitted he could not believe his eyes when the footballers arrived: “I knew the NBA players were going to be there but I didn’t know the Palace players were coming, so I was so shocked and excited to see them!

“I’m a big basketball fan and I enjoyed myself a lot.” 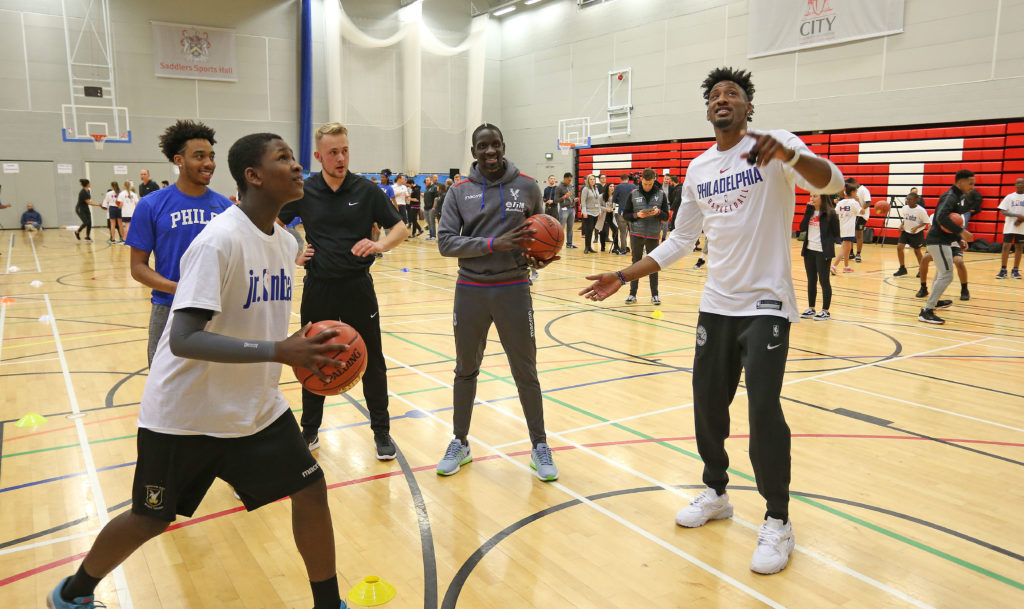 Kyan’s PE teacher, Jessica Hendle, added: “The boys have been buzzing about this all week, they couldn’t wait to arrive.

“If it weren’t for Crystal Palace, Carshalton boys would never have an opportunity to come to an event like this, it’s the first time these boys have ever had an experience like this and it has been absolutely brilliant.”

Ella, 13, from Woodcote High School was chosen to interview Van Aanholt and 76ers’ player McConnell during the workshop on behalf of the Premier League. 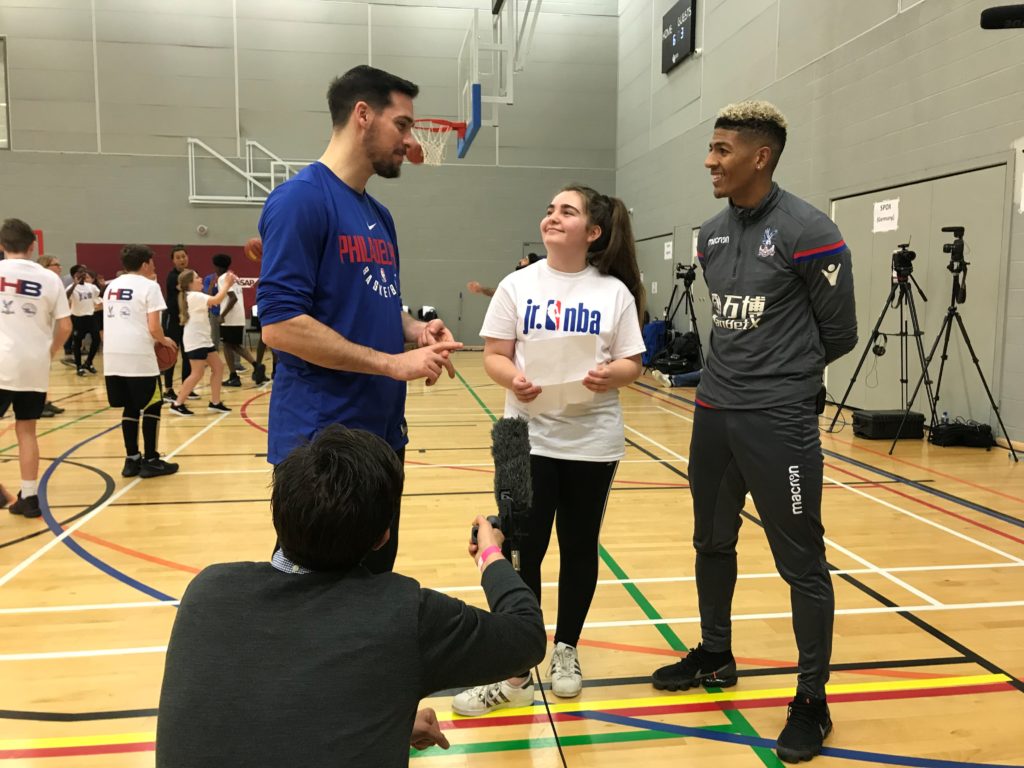 She said: “It’s been so much fun, I loved all the games we did but the shooting was the best. There was just so much energy, with all the music and the dancing. Interviewing the players was just amazing!”

Speaking to the teenagers at the end of the session, 76ers forward Dario Saric summed up the day: “It means so much to see all of your smiling faces, I hope you all enjoyed the experience and having the players here to help you, I hope you will keep this with you your whole lives.

“You will have many people tell you lots of different things throughout your lives, but the most important thing is to believe in yourself.” 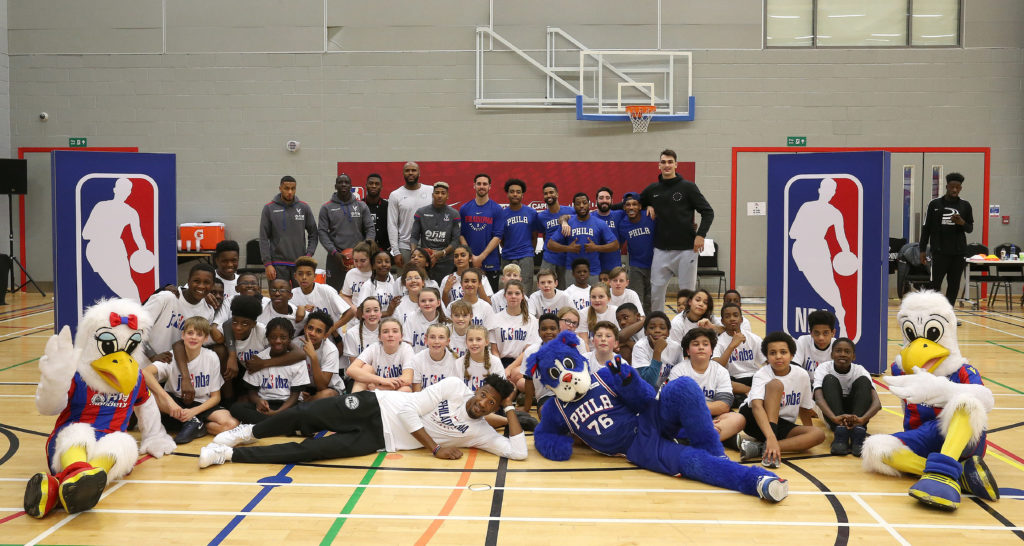 The 76ers v Boston Celtics game at the O2 in London tips off at 20:00 GMT on Thursday, and UK viewers can tune in on BT Sport or the BT Sport Facebook page.