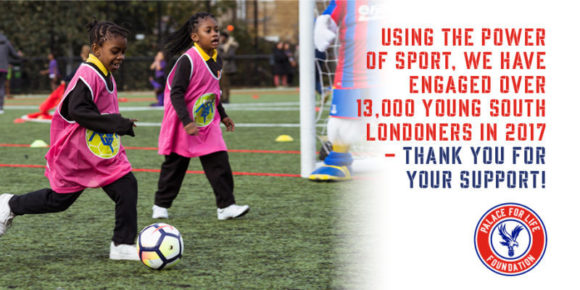 I think we can say with some confidence that this has been one of the best years yet for the Foundation!

Back in April, we launched our new identity as the Palace for Life Foundation, a name and a concept that we hope resonates as much with you as it does with us. We were delighted to be joined by the Palace chairman, manager and players, as well as young people from our programmes, to reaffirm what we are here to do – use the power of Palace to change the lives of young people across South London. 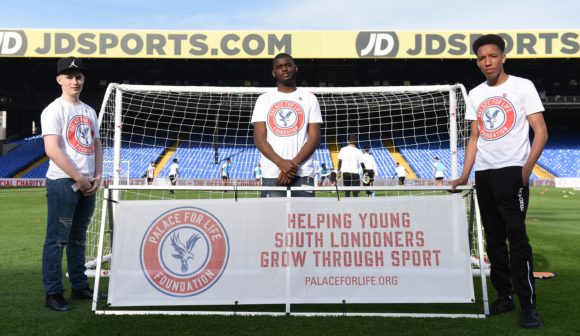 We have been working with this community for over 25 years, but with more support than ever from you, the Palace fans, and our other donors and supporters, we have been able to help more than 13,000 young people this year, inspiring them to lead a healthier, happier life.

Through the power of Palace, we have reached more than 6,000 children in 41 Primary Schools, run disability sessions for over 800 people, engaged around 4,000 girls and women in football, worked with almost 200 young people on their employability skills and engaged over 3,500 youngsters in community schemes. In addition, more than 1,600 children attended holiday courses and over 1,000 talented youngsters are playing in our college academies and elite programmes. 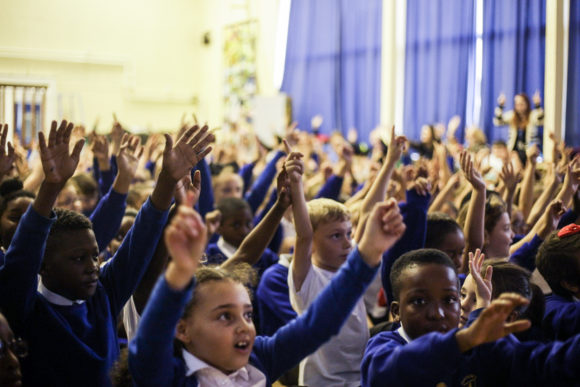 No doubt the highlight was October’s Marathon March, when Andy Johnson led 100 Palace fans on a 26.2 mile walk across London to raise money for the Foundation. Julian Speroni fired the starting pistol at Selhurst Park, and Steve Parish surprised us to walk the final five miles. The support was staggering and we tripled our fundraising target to reach over £67,000. Steve’s words on that day – that Crystal Palace is about so much more than results on the pitch – have stayed with me and ring true when I think about everything the Foundation has achieved this year. 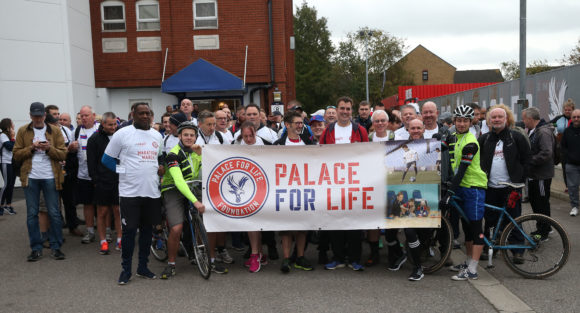 We are incredibly ambitious and our team is already hard at work to ensure 2018 will be even bigger and better. With obesity and inactivity in young people becoming an epidemic, next year we will focus on promoting a healthy lifestyle to young people in our communities. Stay tuned to hear more!

Many thanks for your support in 2017 and a Happy New Year.