Two young boys have developed a strong friendship as a result of their participation in a Foundation holiday course. Ethan and Harry had never met before taking part in the course at Croydon High School.

Ethan’s mum, Natasha, recounts how their friendship started: “Ethan has loved football from a young age but this was never shared by any of his classmates. After attending a holiday course he came running out telling me there was a boy called Harry who played football the ‘same’ as him!” Advised to join a local team, the boys joined Selsdon Juniors whilst still taking part in holiday courses, where Natasha says: “They were often mistaken as brothers as they look similar and did everything together!”

After attending several holiday courses, Ethan and Harry were asked to join an under 10 elite team by Foundation coach Wesley, and Natasha is enthusiastic about the impact the Foundation has had on the boys: “Harry and Ethan are the best of friends, speak for hours each evening, and they would not have met if it had not been for the Crystal Palace football. Our holidays abroad even overlap in the same resort this year – much to their delight!”
Through his friendship with Harry, Ethan has now become a devoted Palace fan, and they sometimes attend games together with their parents. 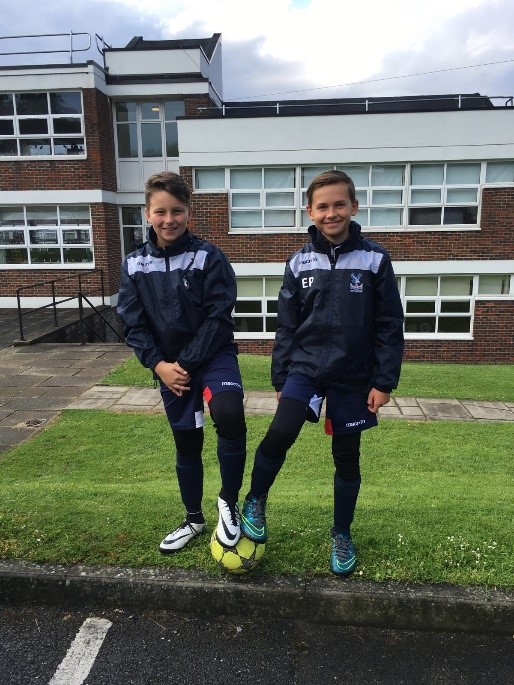