Palace for Life Foundation’s Eagles Fitter Fans programme concentrates on men’s health and well-being for over 35’s, with weekly non-competitive football sessions in a relaxed environment. The programme has been running since 2009 and over 500 players have been involved.

Five years ago, 20 of the group started a team to play in friendlies and tour abroad, while also fundraising for the Foundation. Andy Burton, who was part of the very first group of Fitter Fans, has given his account of this year’s tour to Belgium.

The fifth annual Eagles Fitter Fans (EFF Crystal Palace) European Tour took place over the weekend of the 25-28 May, this year visiting Oostende, Belgium. As in previous years, two games were arranged against local opposition. 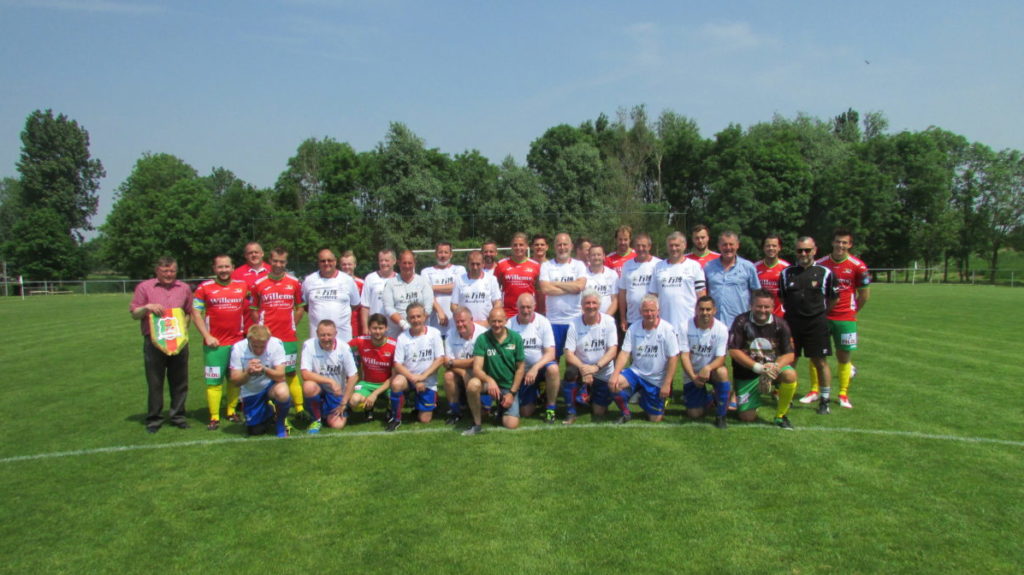 Following a stadium tour in the morning of the Jan Breydel Stadium, home to both Club Brugge and Cercle Brugge, a hot and sunny afternoon greeted us for the game against KV Oostende. On arrival it became apparent that there was a distinct age gap between the opposition and the Fitter Fans, however in true Crystal Palace spirit we rolled our sleeves up and set about the task. Due to the weather conditions water breaks were also agreed after 17 minutes of each half.

The opening play saw both teams having decent possession but KV Oostende were clinical in their finishing and were three goals up at the first break in play, adding a further two before half time as the conditions and youthful exuberance of the home team began to tell. The Fitter Fans made several changes at half time to attempt to rally but despite these the home team managed to add two further goals, however the Fitter Fans were still creating some chances and from a through ball the pace of Colin Jones enabled him to finish clinically from just inside the penalty area just before the last break in play. The final period saw no more goals with the Fitter Fans defence determined not to concede again in the closing stages. 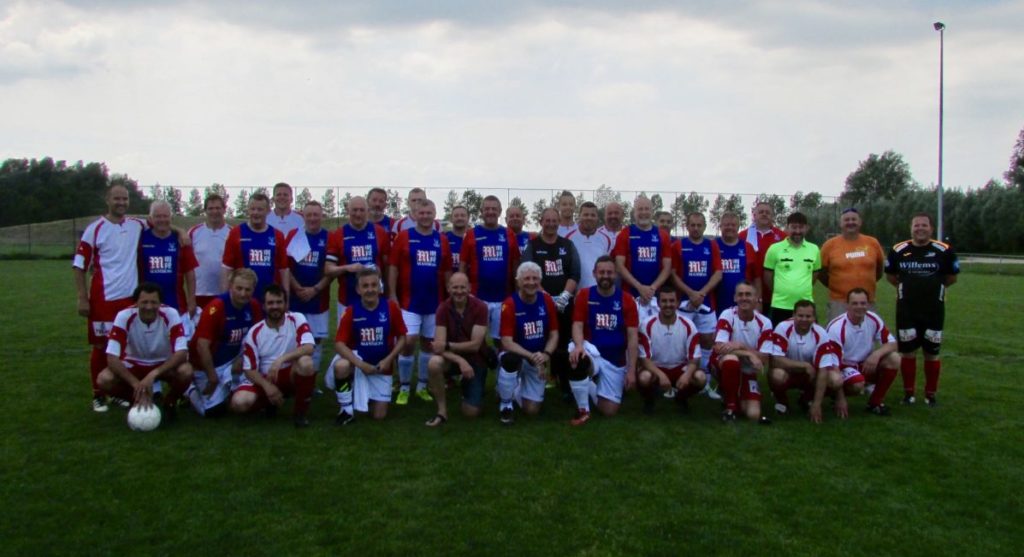 Match day two arrived with the sunshine of the previous day replaced with lowering skies, rumblings of thunder and the threat of rain. Again both teams started brightly but again it was the home side that struck the first blow scoring after 10 minutes. However, as in the first game the Fitter Fans were still creating the occasional chance and from a slide rule pass from Colin Jones, Johnny Devereaux clinically finished from just outside the penalty area with his weaker right foot. However KVO Conterdam, who won their particular league last season, were proving to be a very good veterans side and were soon back in front scoring two quick goals in reply. Shortly after the first of the rain arrived which appeared to refresh both teams as chances continued to be created, unfortunately the home side again proved to be more clinical and went into half time 5-1 ahead.

The second half continued in the same vein with the previous day’s exploits against the younger side taking its toll on the Fitter Fans, the home side taking advantage with three more goals. With the weather conditions deteriorating further, with the arrival of an intense thunder and hail storm, the referee called a halt to proceedings with several minutes still to play. 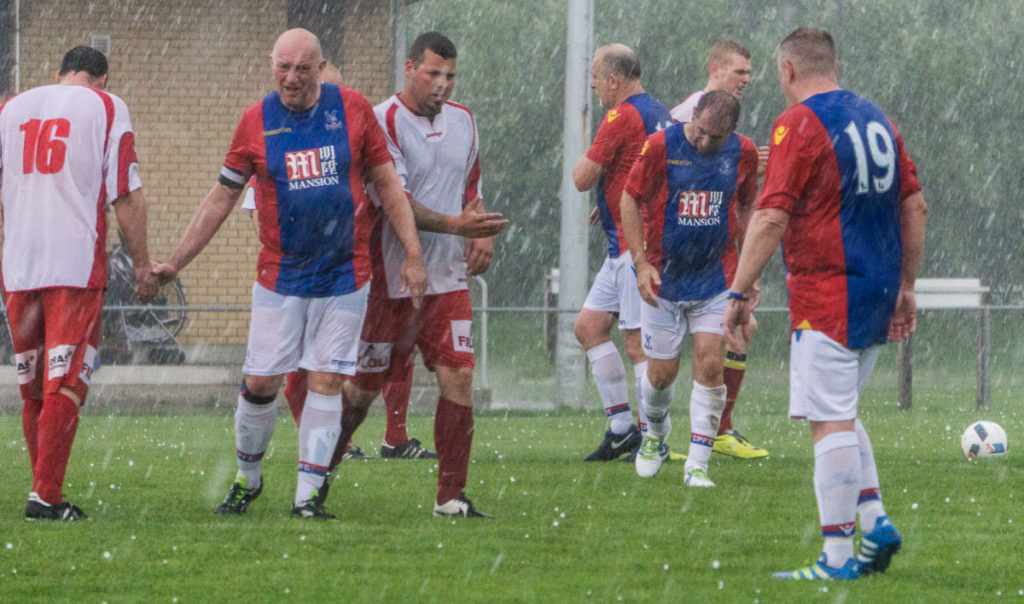 A few members of the squad that have relatives that fought in the First World War and it was appropriate that as part of the tour the squad would attend the Last Post Ceremony at the Menin Gate in Ypres, which takes place at 8pm each and every evening, to pay their respects. This is performed by the local fire service as a tribute to those that lost their life and are named on the Menin Gate as they have no known grave. Two squad members, Lee Wenban and Dave Ebrey have relatives named on the memorial and so it was fitting that they, alongside John Harris whose grandfather fought and survived the war went up to lay a wreath on behalf of all Fitter Fans. 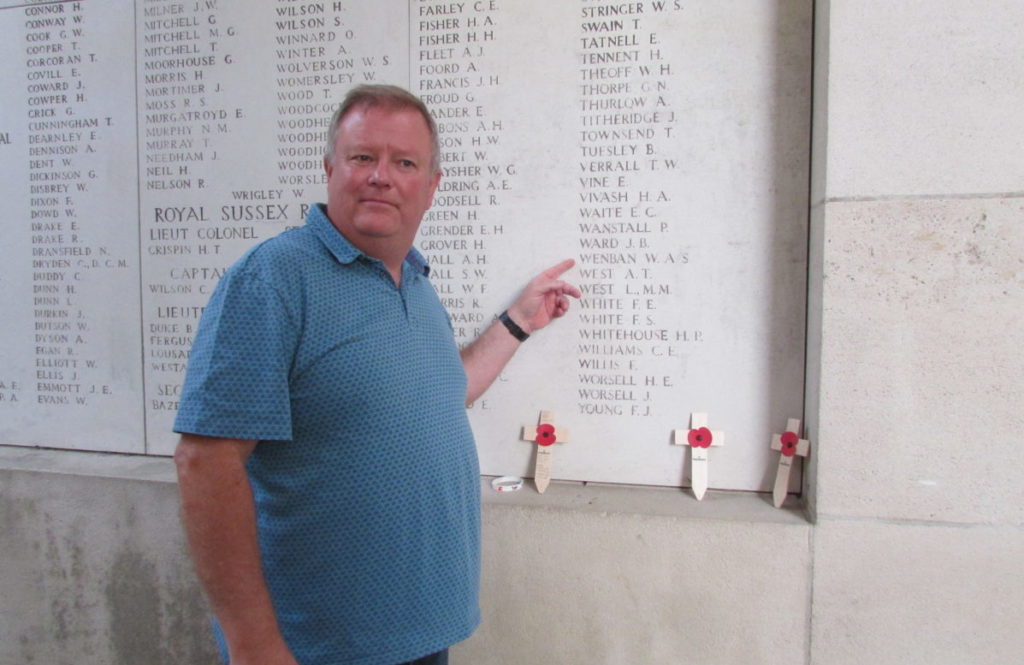 During the tour, the Eagles Fitter Fans raised funds for the Palace for Life Foundation and they managed to raise over £2000, which will go to support the running of Foundation activities in south London. A special thank you to the Fitter Fans for their fantastic efforts, the Foundation is proud to have you linked to the club!