Palace for Life Foundation’s Down’s Syndrome team – the DS Eagles – kicked off 2018 with their first match of the year against Millwall DS Lions on Saturday 20th January. 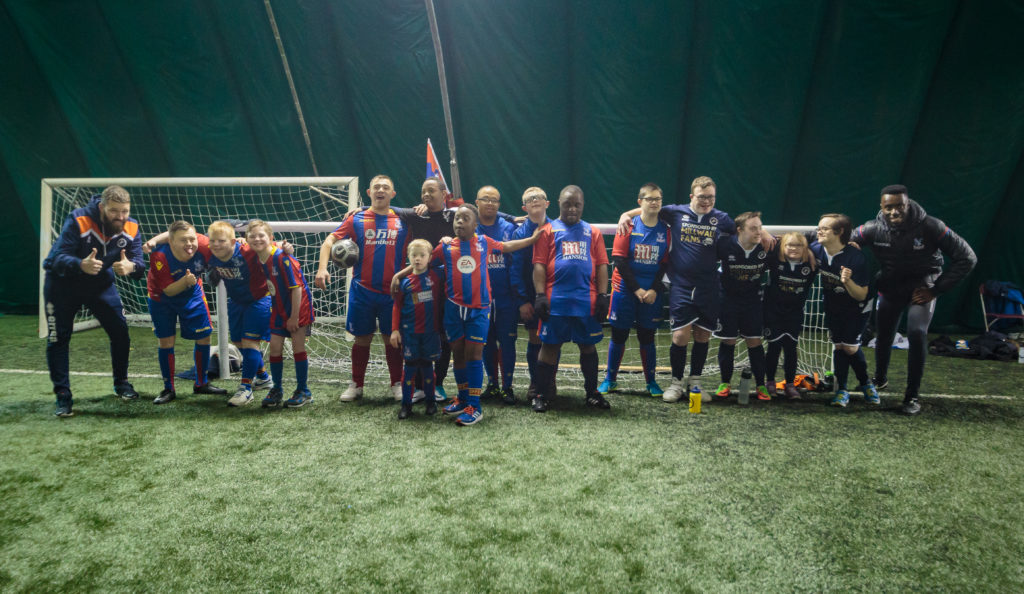 The Crystal Palace National Sports Centre Dome was the venue as the Eagles faced the Lions in a series of small-sided matches. Held in partnership with DSActive, the friendly was organised to provide both teams with competitive match experience and an opportunity to make new friends.

The day began with a joint warm-up, led by DSActive Sport Officer, Sophia Pittounikos, who had the fifteen players eager to play matches just after five minutes. Afterwards, the DS Eagles were spilt into two 5-a-side teams to give all the players sufficient playing time against the five DS Lions.

The first match was an end-to-end contest, in which the Eagles took the lead with a strike into the bottom corner from outside the penalty area. Millwall reacted quickly with a goal of their own, but it was Palace who came out on top in an eight-goal thriller. Each goal was celebrated in style by both teams, from knee slides to high-fives with the parents!

The two DS Eagles teams played against each other in the second game in order to give the DS Lions a rest. All the players demonstrated excellent teamwork and passing in the match, which has been a key component of their recent training sessions.

The third and final match saw Millwall take the victory, despite a competitive game. Once again, the Eagles showed the improvements they have made through their regular training sessions, with their teamwork again particularly impressive.

Louis, one of the DS Eagles, outlined the benefits of playing against the Lions:

“I had an amazing time playing for Crystal Palace at the Dome. It was great fun to meet new friends who love football as much as I do!”

Another of the Eagles players, Aziel, agreed:

“I enjoyed meeting the players from Millwall. I loved the moment when I scored, and everybody was cheering!”
Keon Richardson, Palace for Life Foundation Disability Officer who arranged the friendly, felt that it was a positive experience for the players of both teams:

Following the matches, players from both teams were awarded medals by DSActive to reward their outstanding commitment in participating in football. Thanks to both Millwall DS Lions and DSActive for supporting the event. 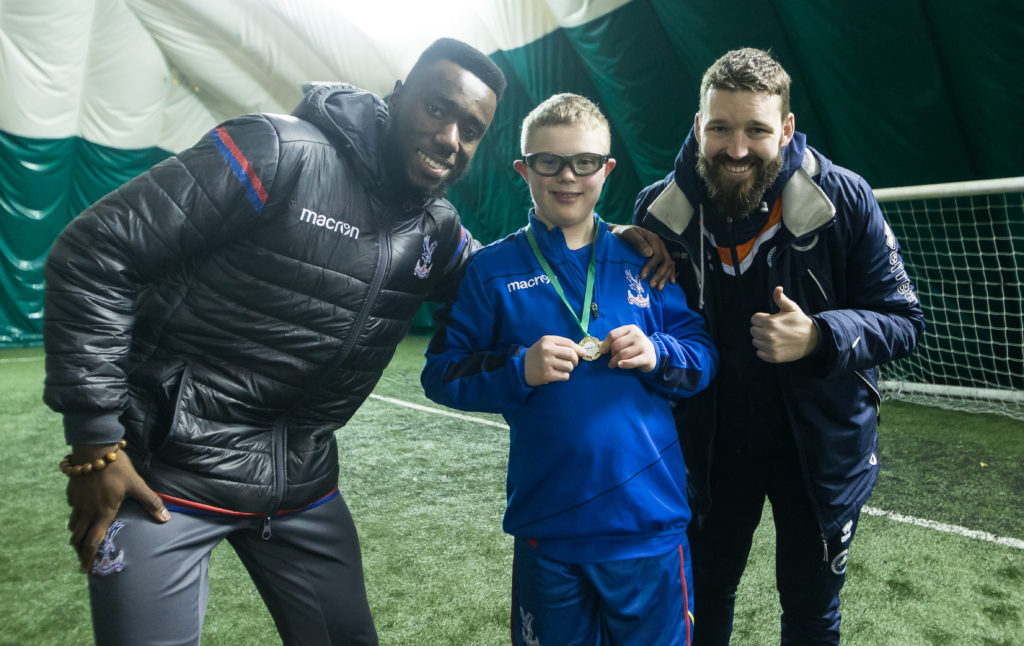 To organise friendly matches or for further information on joining the Down’s Syndrome Eagles, please contact Keon Richardson (Foundation Disability Officer) on 07522225373, or by email: keonrichardson@palaceforlife.org