WATCH: A FOOTBALL DREAM - from Foundation player to Palace Scholar

We caught up with Under 16s Crystal Palace F.C. Academy player, and one of the stars of Channel 4’s documentary ‘Football Dreams’, Leon Elliott, to chat about his journey from playing at our Palace for Life Player Development Centres to being awarded a Scholarship with the Crystal Palace Academy. Watch his interview.

15-year-old centre-back Leon Elliott, originally from Croydon, had a passion for football from an extremely young age, starting to play when he was just three years old.

Being this young, his mum struggled to find a place to take him to play football with other children, but eventually managed to find him a spot at Goals in Beckenham, which began an inspiring journey into a Premier League Academy.

“It was mayhem! People were mashing each other up against the fences and I was just getting involved, I was only three!”

After some time playing competitively and honing his skills, Leon began his journey with the Eagles, when he joined a Palace for Life Player Development centre for Under 10s. Leon said:

“It was a really enjoyable experience. The coaches were great, and it was a great place to be. I could see improvements in my play week by week.”

From there, Leon was called up to play a few showcase games for Palace before being picked up by the recruitment team at the Academy and signing for the club at Under 13s level in August 2019. Since then, he has been awarded a scholarship with the club.

“We were ecstatic! I went in expecting a two-year contract, and then they stated that they’d be signing me for two years, then an extra two years with a scholarship. My mum went crazy, it was amazing.” 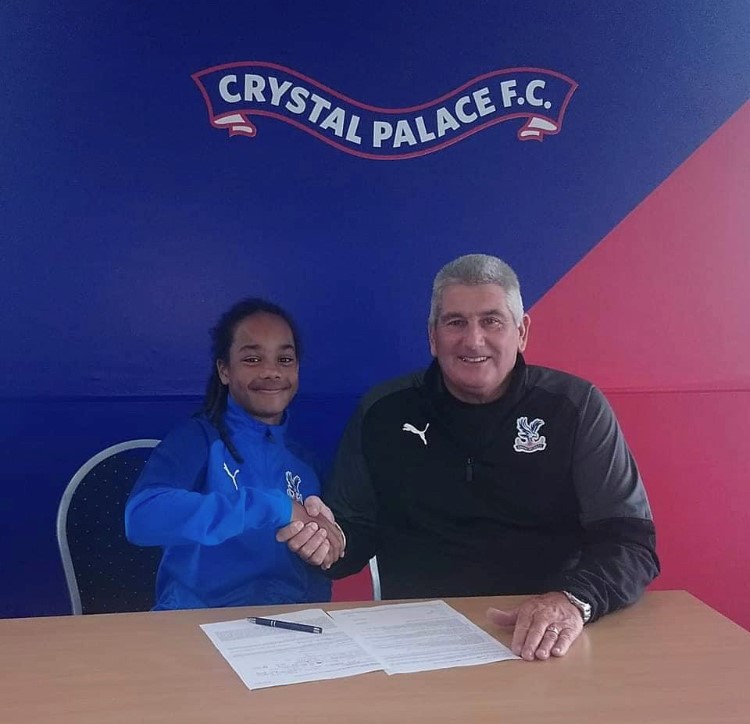 Josh Bednash, who is the Senior Football Development Coordinator at Palace for Life, leads our Player Development Centres and works closely with the Academy to help notify them of any outstanding players who might be suitable for the Academy. He said: 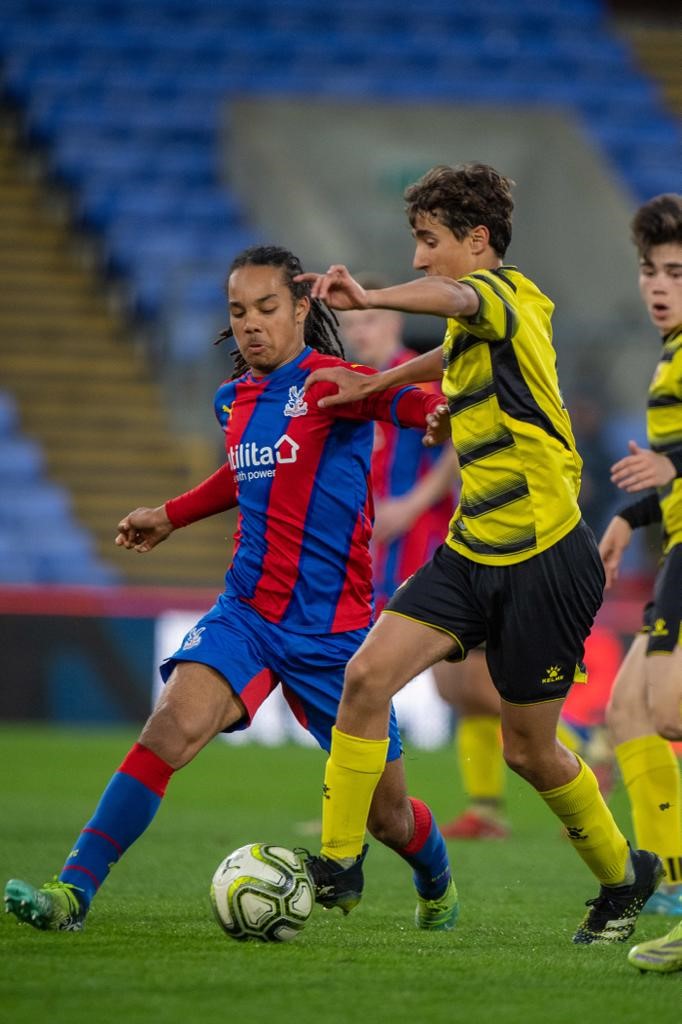 Palace for Life has an excellent relationship with the Academy, by offering access to a wider pool of local players who may be a good fit for Academy football.

“We’re able to build a little bit of a relationship [with Palace for Life], so that anyone doing well or thriving here [at the Palace for Life Development Centres], we have a look at. It’s hopefully mutually beneficial, the boys do great community stuff here, and there is also that possibility of going to play for the Academy.” Pelumi Kesinro, Head of Under 10-12s Recruitment at the Academy

As part of his hard work at the Academy, Leon also stepped in to support coaching at one of our Player Development Centres at Kent County Cricket Club recently, and told us what advice he’d give to any aspiring professional footballers:

“Work rate is one of the most important things. Some people have natural talent, but it’s how you work on that. Work beats talent when talent doesn’t work hard. You just need to keep working, keep putting in the extra hours and hopefully one day you’ll be there.” 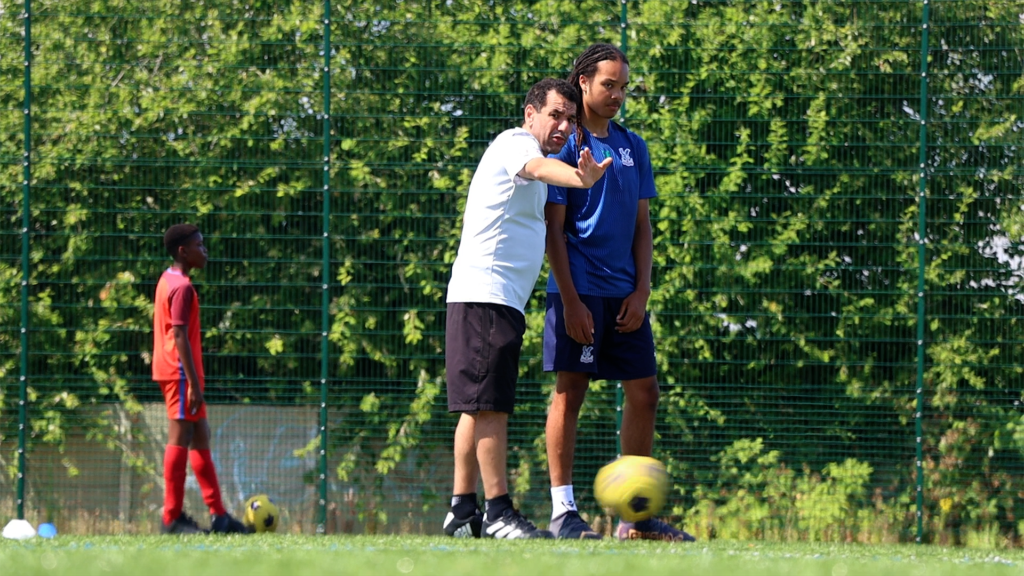 Leon has big aspirations for his future. In three or four years, he hopes to be on our TV screens, but this year is hoping to get a few minutes with the Under 18s, and maybe even an England call-up.

More of Leon’s journey at the Crystal Palace F.C. Academy can be found on episode 5 of Channel 4 documentary ‘Football Dreams: The Academy’, which aired last night.

If you or your child is interested in joining either of our girls, boys or mixed Palace for Life Player Development Centres, you can find more information here.