Local hero Wilf Zaha caused a stir at his former primary school when he took part in a special assembly with Palace for Life Foundation. 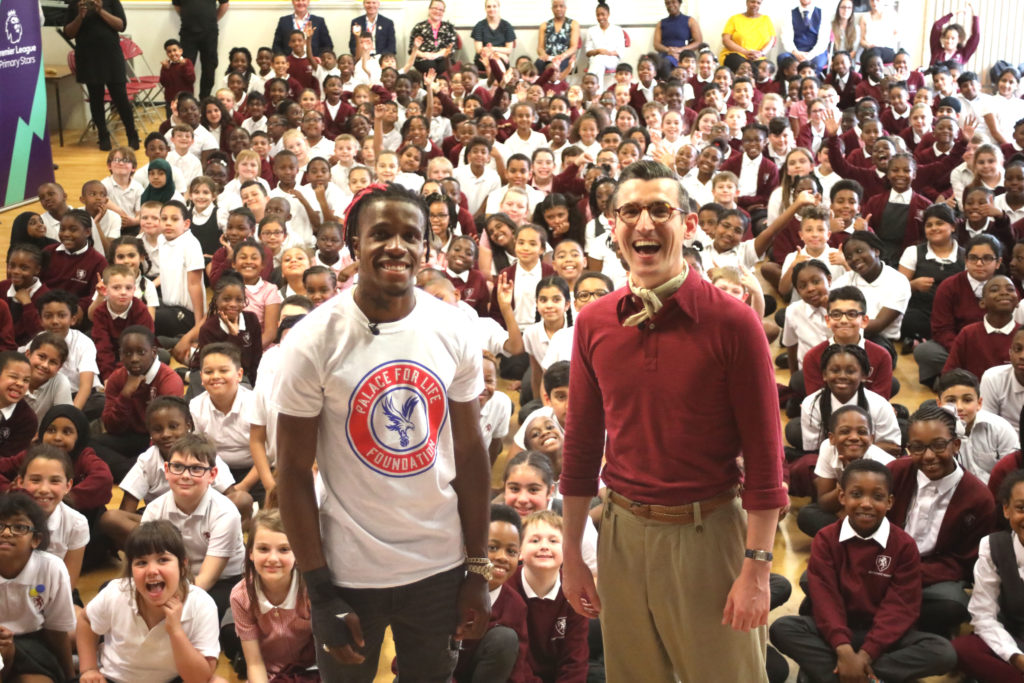 The Palace winger returned to Whitehorse Manor in Thornton Heath, just a short walk from Selhurst Park, to meet hundreds of delighted pupils on the first day of the summer term. 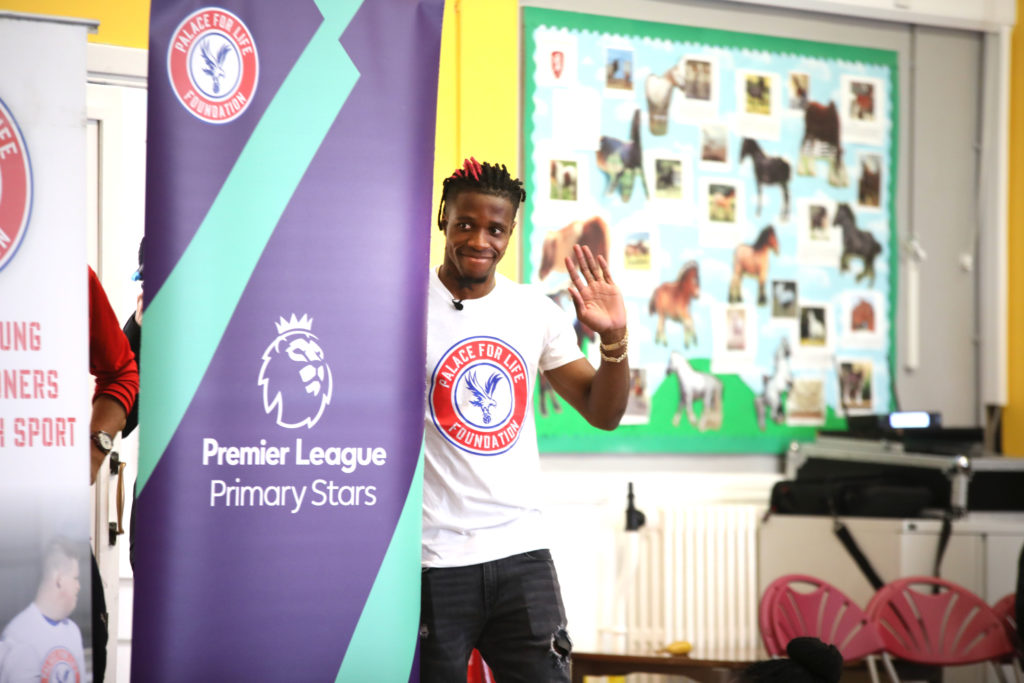 Zaha was last at the school 15 years ago, as an 11-year-old pupil and star of the football team. On his return he was given a hero’s welcome, entering the hall to ear-piercing screams and chants of his name.

Speaking after the assembly, he said: “It was amazing, seeing so many familiar faces and being back here in general, a lot’s changed, but it’s nice to be back.

“When I was last here all I wanted was to be a professional footballer, so to come back here now in this position is just amazing, it feels like a dream.” 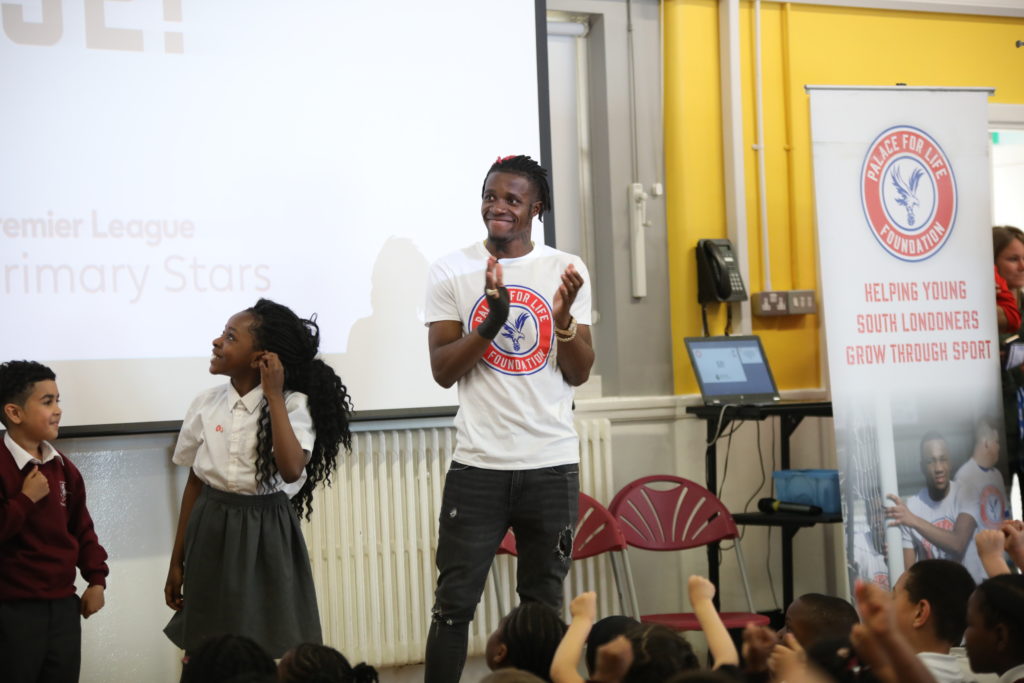 The assembly was hosted by children’s TV presenter Ben Shires, an ambassador for the Foundation, who asked ran a question and answer session for the children before leading the entire room through a fun quiz all about Zaha’s career.

One of the pupils in Year 4 at the school said: “It was really inspirational! It showed me that even though you come from a small place, you can still achieve big things!”

Head Teacher Nina Achenbach added: “It’s been really wonderful having Wilf back at the school, it’s been truly inspirational for everyone. When we’re out playing football in the field, we’re forever telling the children that one day they could be like him, so for them to meet him is just amazing.”

Primary Schools Programme Manager at the Foundation Sam Bacon said: “Taking players into local schools is one of the most uplifting things we do at the Foundation, and it doesn’t get much better than taking Wilf Zaha back to his old school!

“The reaction from the children was priceless and Wilf passed on some really good advice to them, reminding them to work hard and believe in themselves.” 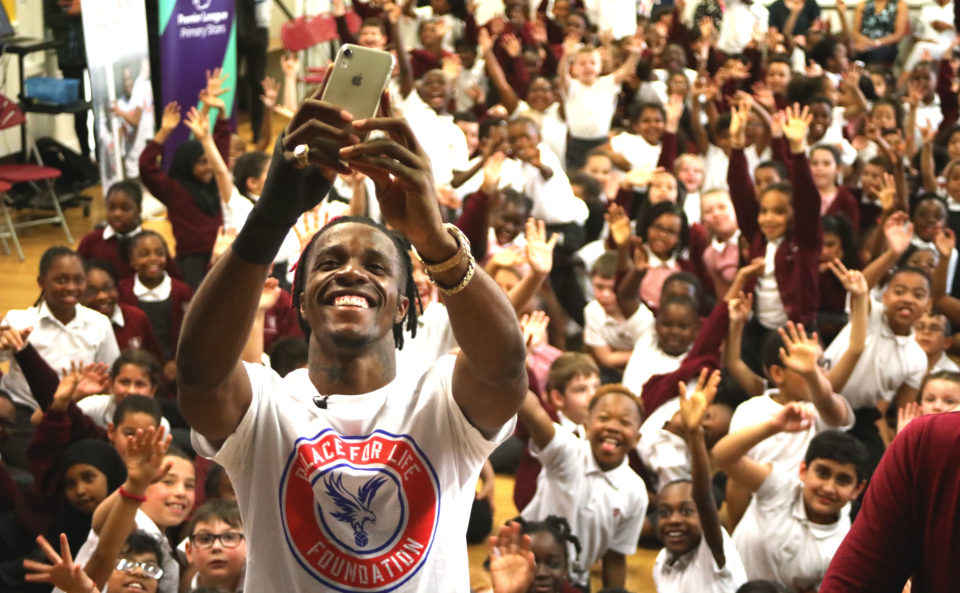