Palace defender Aaron Wan-Bissaka and professional boxer Joshua Buatsi delighted a group of local youngsters when they dropped in at a community boxing session on Thursday (20 September) night.

The pair, who were both raised in Croydon and attended school in Shirley, visited the Gloves not Gunz project that is run in partnership with Palace for Life Foundation. The group meets weekly and gives young people a free fitness class, followed by a mentoring session on important issues such as gangs, weapons awareness and healthy relationships. 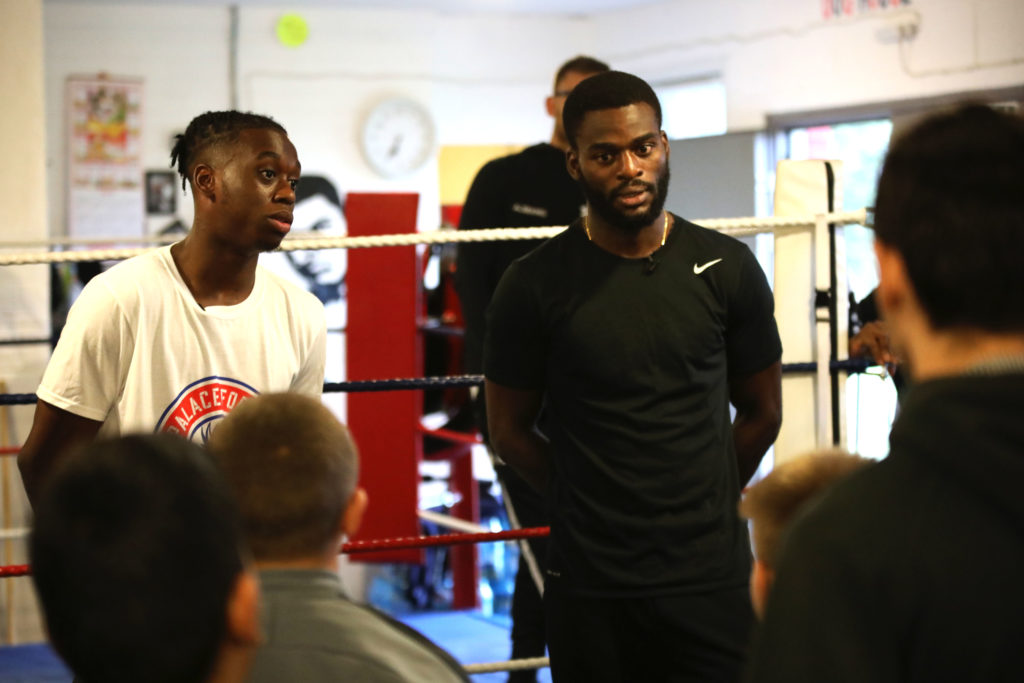 Wan-Bissaka made his first-team debut under Roy Hodgson last February and has gone on to be a regular in the starting eleven. The defender, a member of the Palace academy since the age of 11, has also won two caps for his country at U21 level.

He said: “I grew up in the same area as a lot of the young people so I feel I can relate to their stories. It’s good that the Foundation supports programmes like this because it can help young people find a focus.

“I found my passion in football but it’s not something that’s come easy, it takes discipline and commitment and I have to keep working really hard to become the best player I can be. I hope that we can show these young people that with hard work, you can achieve great things.” 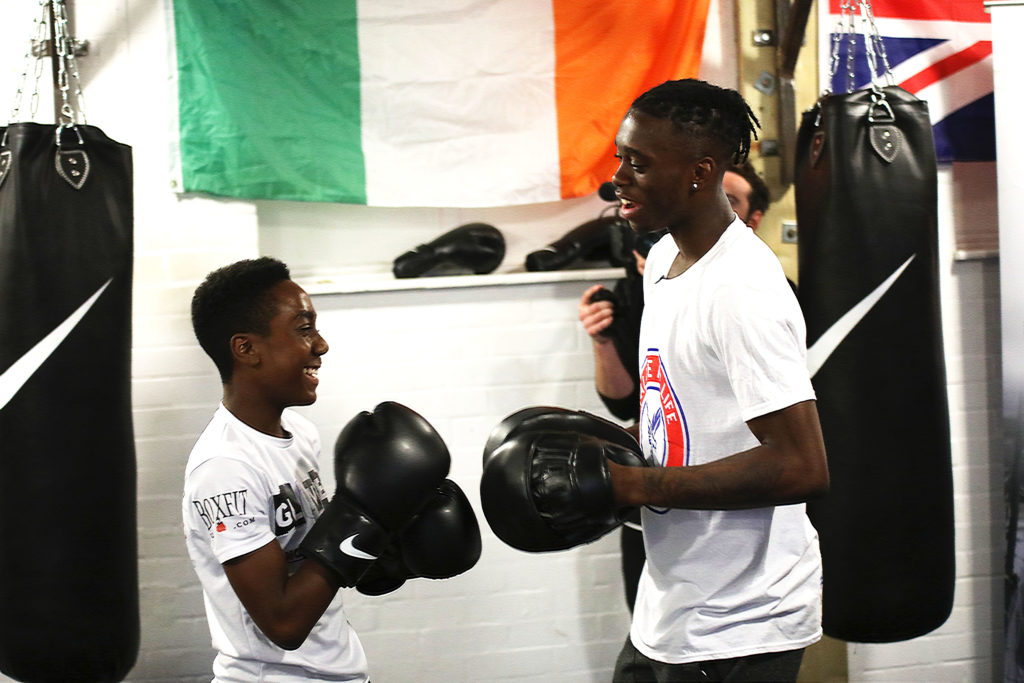 Wan-Bissaka and Buatsi joined the surprised youngsters for their fitness session, before taking part in a question and answer session and sharing their experiences of growing up in the area and rising to the top of their respective professions.

Light-heavyweight boxer Buatsi won a bronze medal at the Rio 2016 Olympics before turning professional a year later. He is now managed by heavyweight world champion Anthony Joshua and is unbeaten in his seven bouts.

Speaking about the session, he said: “For an area like this to have something that can take young people away from the distractions can only be a good thing. The more opportunities we give young people, the better. When I started out it was in a similar place and somehow I managed to work my way up through the ranks to the top, so any of these kids here today should know they are more than capable of achieving great things too, there are opportunities out there for them.” 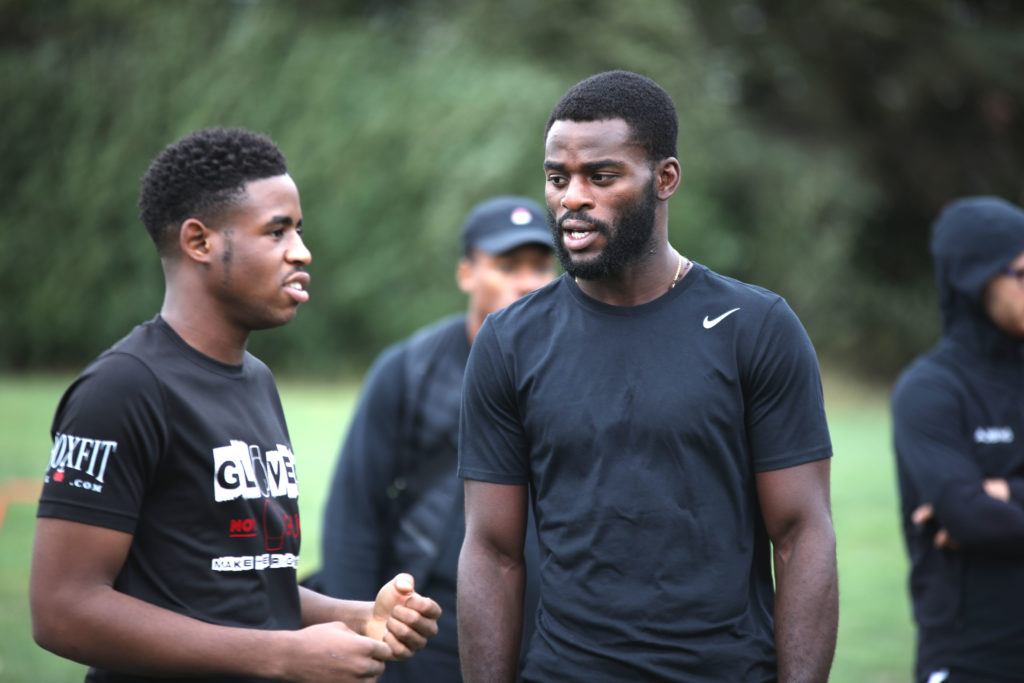 Experienced boxing coach Adam Ballard launched Gloves not Gunz with youth worker Ben Eckett in January 2016 to give young people in Croydon the chance to stay away from trouble and engage with something positive:

“We had a boxing club in Croydon and there was a lot of antisocial behaviour around the gym, it became quite infamous, we needed to create something where the young people felt comfortable. At first it was a monthly session but we just got more and more interest.

“Having Joshua and Aaron, two Croydon boys, down here is so inspiring for the young people, the reaction when they came in was just fantastic.” 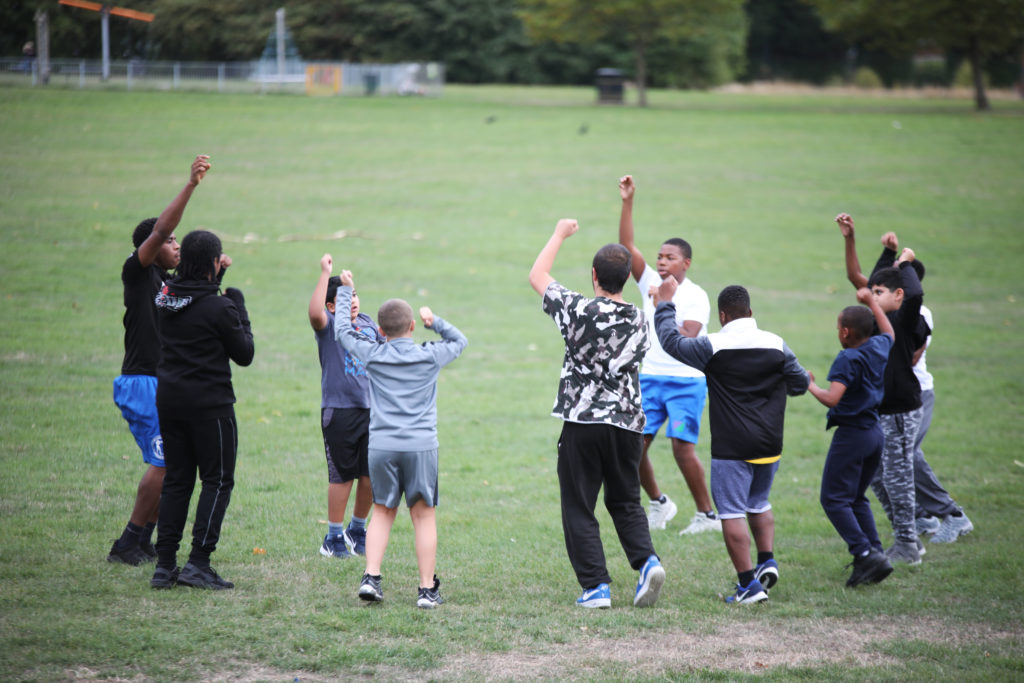 Palace for Life Foundation is the official charity of Crystal Palace F.C. and supports almost 13,000 young people each year across a range of projects. Gloves not Gunz is run in partnership with the Foundation, with investment from the Premier League and Professional Footballers Association.

Director of Community Development Soye Briggs explained: “We have been working with Gloves not Gunz since 2017, supporting their fantastic boxing initiative that runs in one of the most deprived areas of Croydon. This kind of provision is absolutely vital in showing young people they have alternative choices and opportunities to engage positively in their local communities through sport.”

Find out more about Gloves not Gunz HERE.