Over twenty students from Palace for Life Foundation’s Special Educational Needs (SEN) School Football Programme joined together to take part in a Festival full of football activities and matches at Carew Academy in Croydon on Wednesday 23 May. 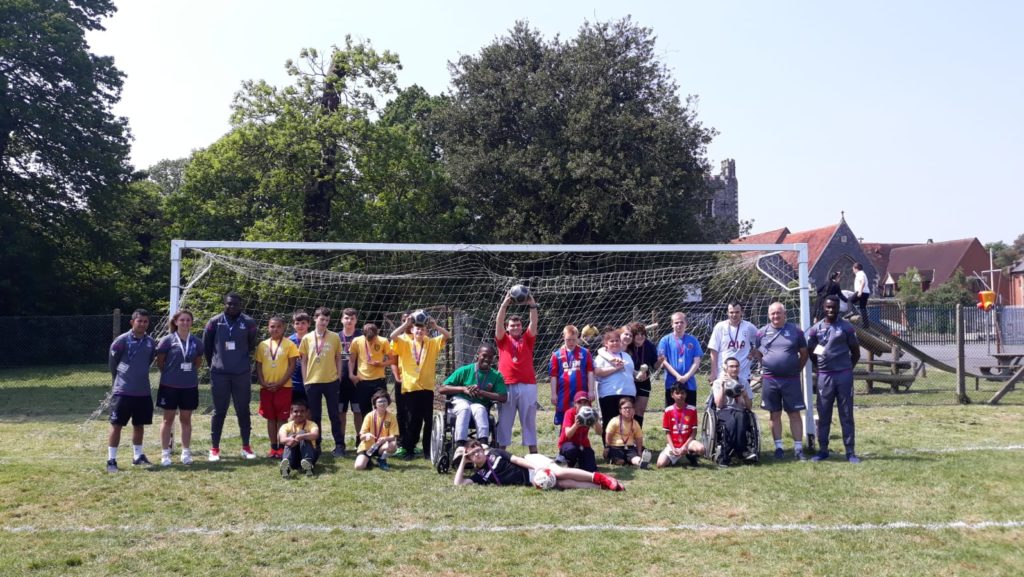 Last school term, the Foundation delivered the SEN School Football Programme in two secondary SEN schools: Carew Academy in Wallington and Marjorie McClure Special School in Chislehurst. Ball control, passing, shooting and principles of defending and attacking were some of the topics covered over the duration of the six weeks.

The final week of the programme was celebrated with a Festival Finale to allow the students to demonstrate what they had learnt over the six weeks. The first hour of the Festival started with a carousel of activities that the students had completed during the programme. Students regrouped to battle in a series of matches, where some brilliant goals were scored and spectacular saves were on show. 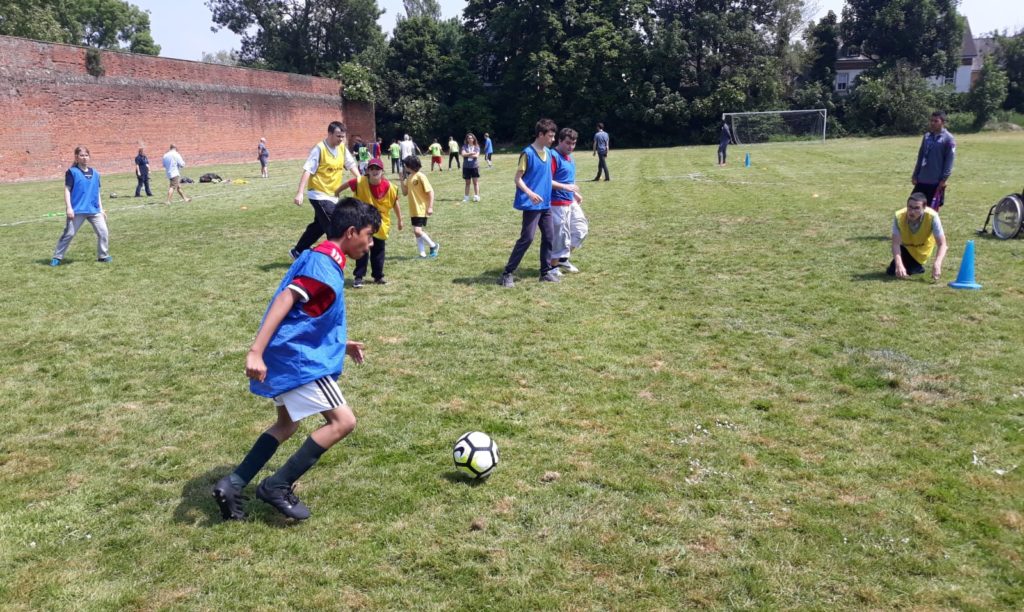 After the last game, the students all shook hands and were given a round of applause from the teachers and spectating students for their effort in the Festival and throughout the programme. Each student received a medal as a form of appreciation of their commitment to the programme. Four students received individual awards.

“I had so much fun at the Festival. The six week programme was really enjoyable and I learnt a lot of new skills in football that I can take into the classroom too,” said Carew Academy student, Niaz.