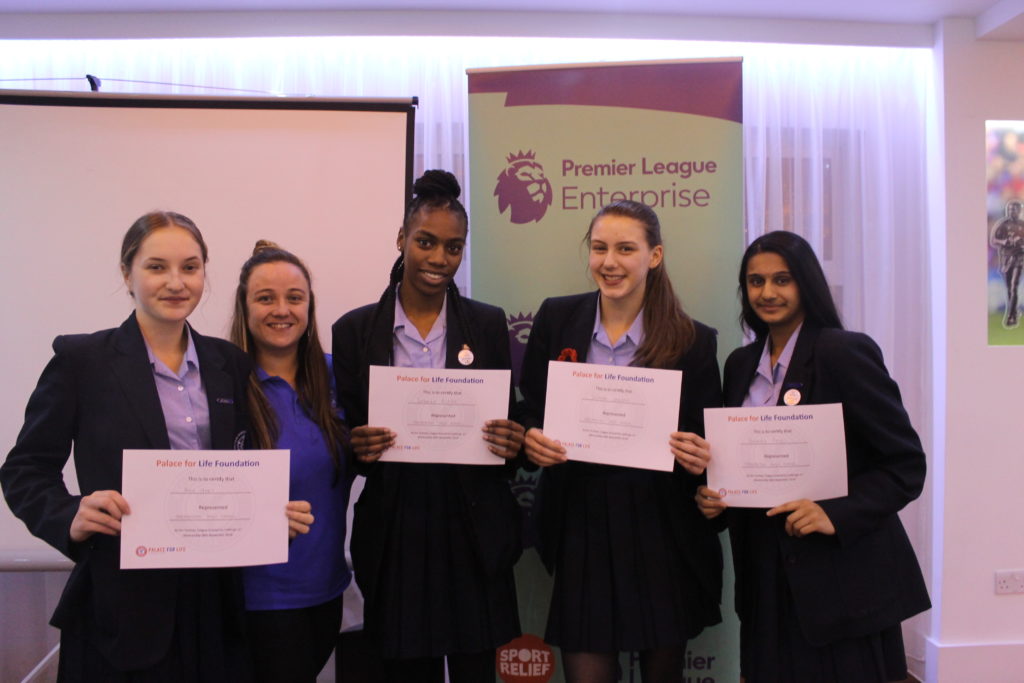 One of the judges on the night was an international broadcaster and foreign correspondent, Saima Mohsin, a Palace fan who grew up in South Norwood. 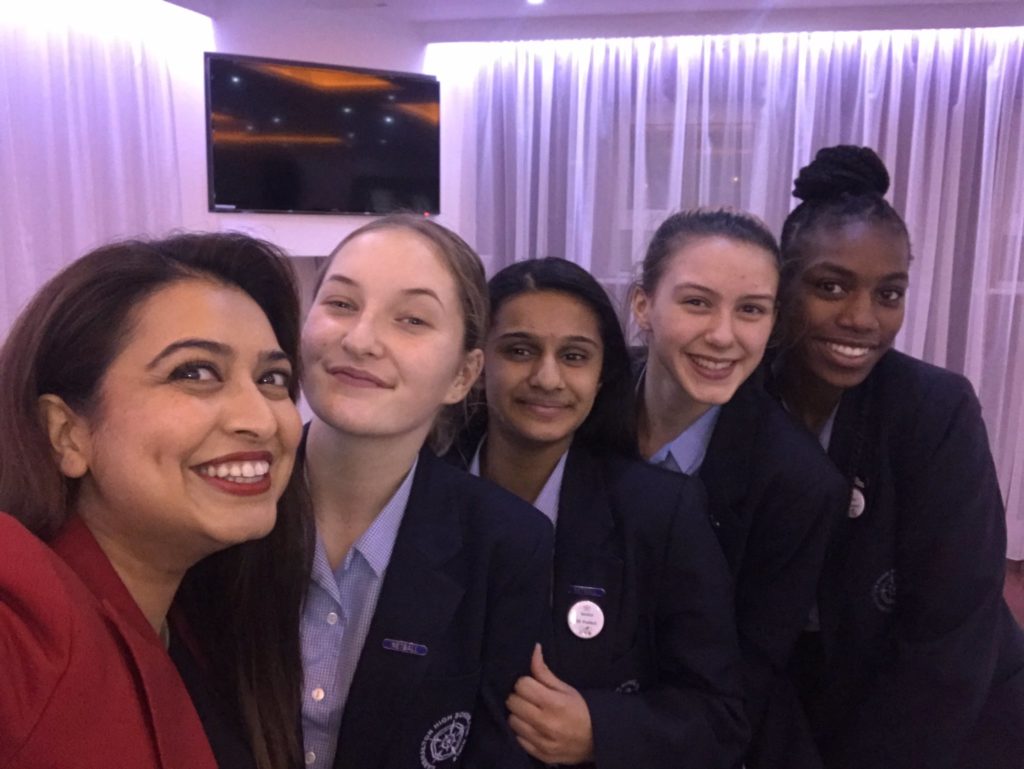 Judge Saima with our winning team

Saima tweeted: “Great to be a judge for Premier League enterprise challenge. So many schools from South London, so many great ideas! Congratulations to ALL & the Palace for Life team for the mentoring & hard work they do in the community. Well done to Calshalton Girls through to next round!” 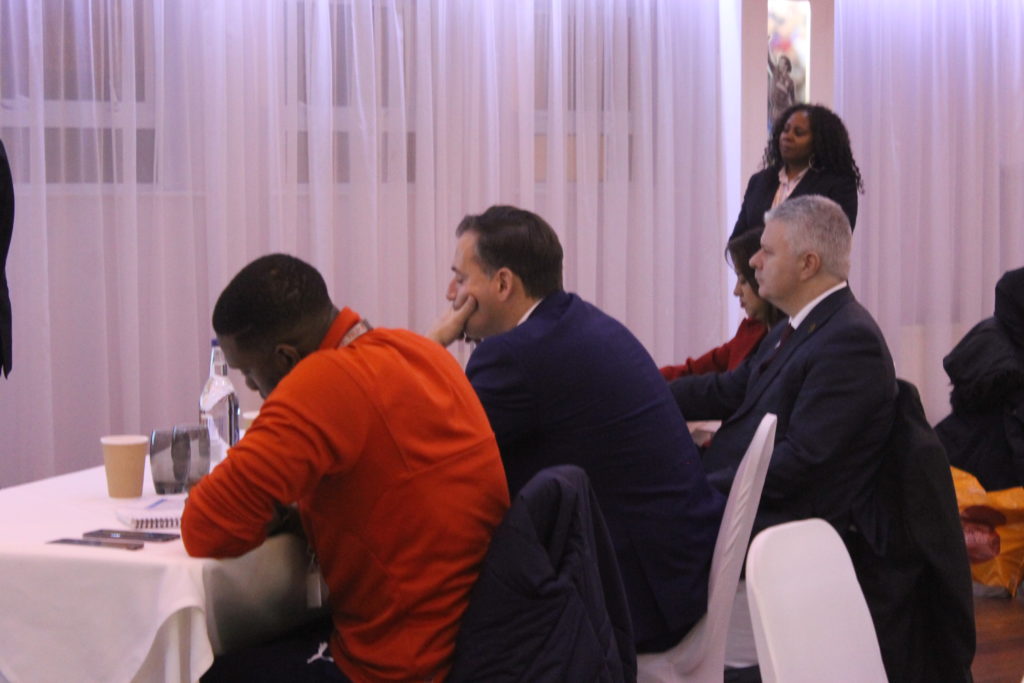 Our judging panel hard at work!

Barry Webber, Commercial Director at Crystal Palace F.C. was another one of our judges on the night along with Wealth Manager Paul Coen.

“The best part was seeing young adults think creatively and not be afraid to present their ideas in front of strangers.” Paul explained. 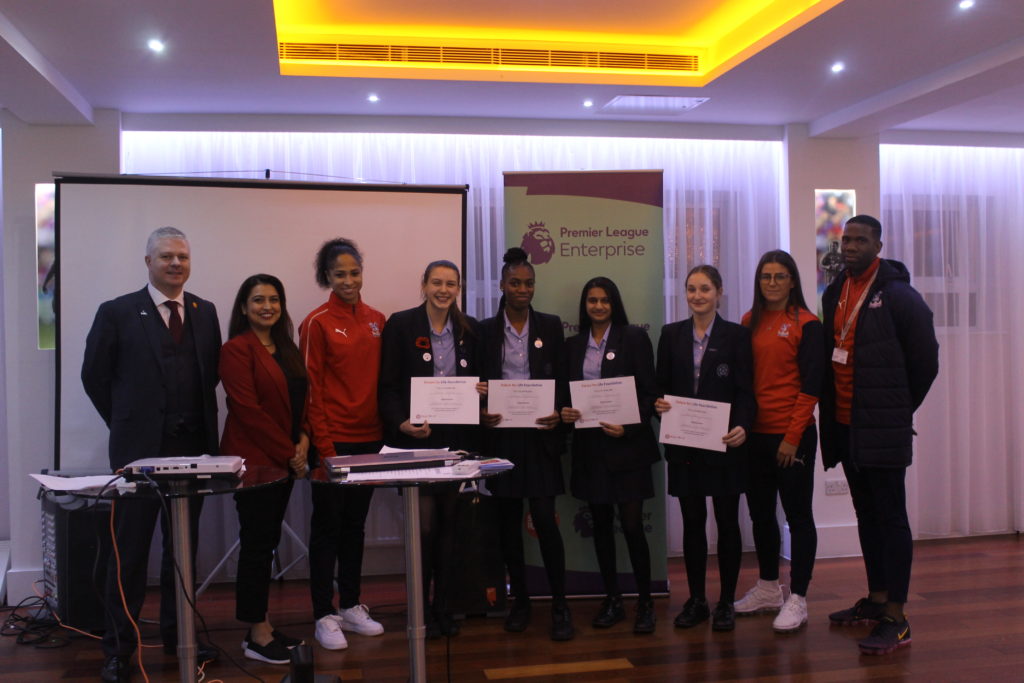 Winners: Carshalton High School for Girls with our 2018 judges

John Patrick, our Palace for Life Foundation Community Devlopement officer even took part as one of our judges.

“The best part of the night for me was hearing people’s ideas and and seeing how creative they’ve all been.”

As part of the Challenge, each football club delivers heats to select a representative team, who then attend one of six regional “play-offs”.

The winners of each play-off get the chance to representative their club in the Premier League Enterprise Challenge Final pitching their business idea to a panel of experts from the sport and business world.

32 Premier League and English Football League clubs have entered this year’s Challenge and will be represented at six Play-Off events in January.