Palace players James McArthur and Joel Ward and Palace Ladies players Ciara Watling and Jordan Butler today (27 September) surprised pupils at St Chad’s Primary School by taking part in an assembly and then joining in with a Premier League Primary Stars PE lesson, helping children get active on their return from the summer holiday break. 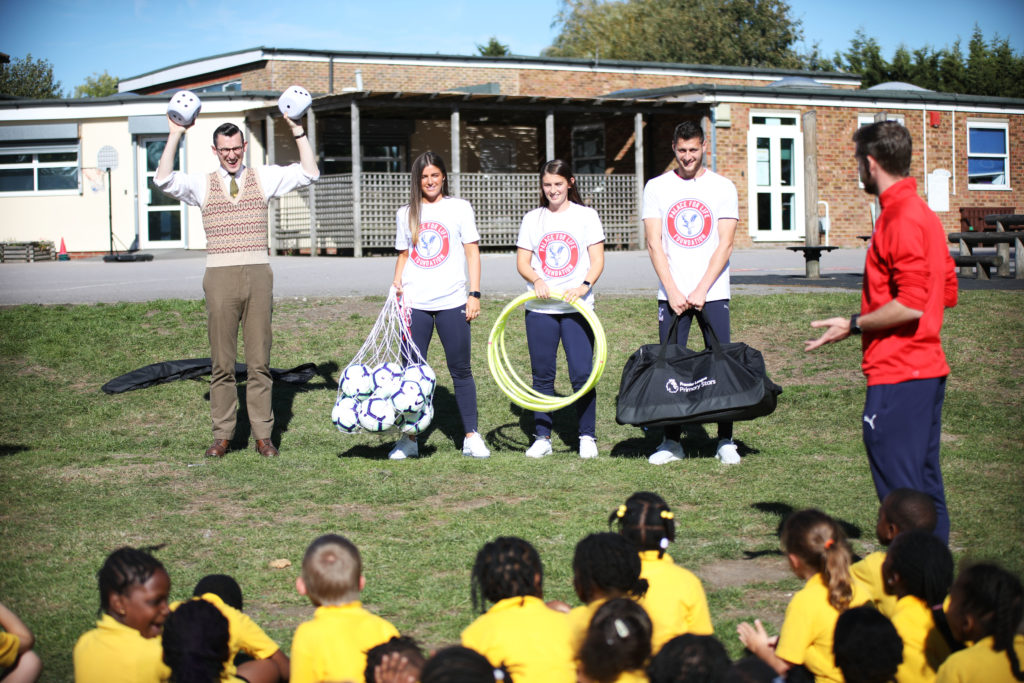 The four players surprised pupils when they walked into the assembly to take part in a football-themed quiz led by Palace for Life Foundation coaches and children’s TV presenter, Ben Shires. They then headed to the playground for a Premier League Primary Stars PE lesson, joining Year 2 in a session which involved football skills, dribbling and penalties.

Whilst at St Chad’s Primary School in Selhurst the Palace footballers donated a Premier League Primary Stars equipment pack, including footballs, numbered and lettered floor spots and giant dice, which teachers at the primary school can use in lessons across the curriculum to help inspire children to learn and be active.

The back to school visit coincides with the opening of the Premier League Primary Stars Kit and Equipment Scheme application window, which enables primary school teachers across England and Wales to apply for a free Nike football strip or a free equipment pack like the one donated by McArthur, Ward, Watling and Butler today. 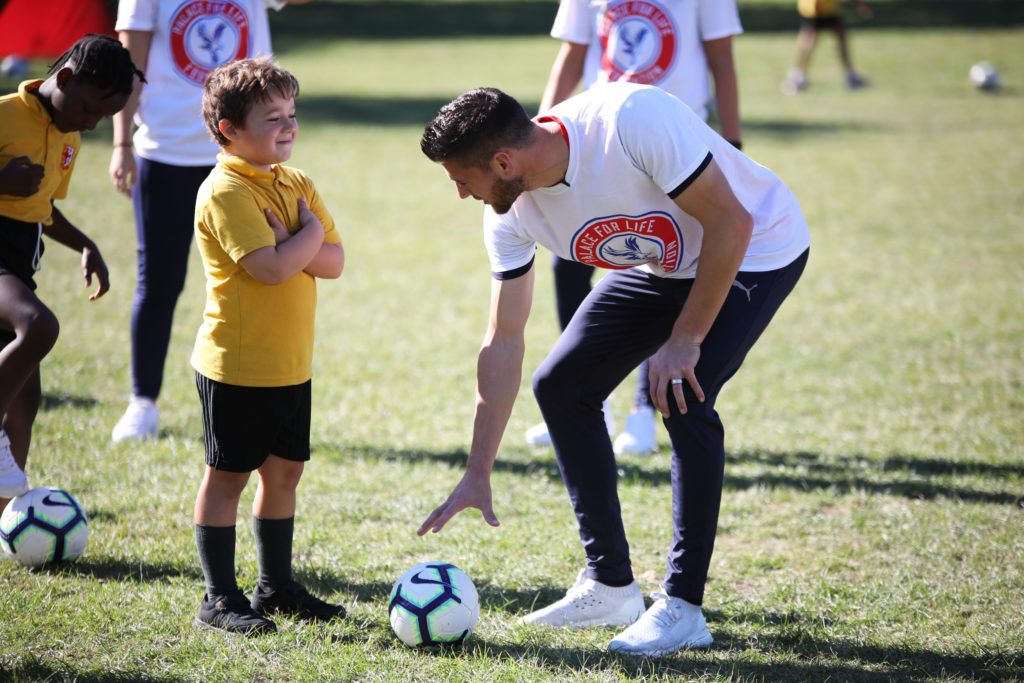 Crystal Palace F.C. is one of 101 Premier League, EFL and National League clubs in England and Wales which provides in-school support to teachers and pupils as part of Premier League Primary Stars – the organisation’s education-linked community programme.

Joel Ward said: “It was a fantastic afternoon, it’s great what the Club and Foundation do with local schools and it was a pleasure and an honour to be a part of it and to see what it means to the kids as well. The Premier League have been kind enough to donate some kit and we joined in with their PE lesson, doing penalty shoot-outs and some drills, but just generally having fun.”

James McArthur said: “The club has been great with doing these kinds of visits. The Foundation is excellent and it’s really great to see so many happy faces, so loud as well. Us as players, obviously you want to help out, and knowing the kids appreciate you coming down as well it gives you such a nice feeling.” 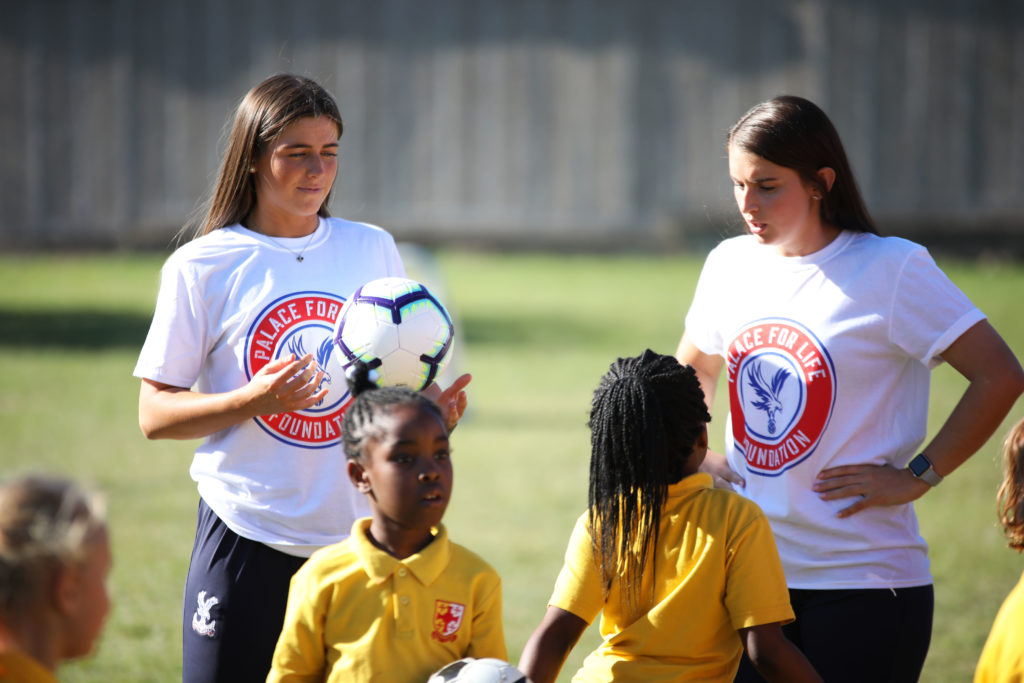 Ciara Watling said: “It was a really good experience, it was great to get involved with the PE lesson and see how excited the kids were to see us. We did a quiz and then we came outside to join in the PE lesson and did some passing and skills.

Jordan Butler added: “I really liked the quiz, it was really engaging and good fun. I hope the children take from it that they can achieve anything that they want, hopefully they can learn from our experiences and turn that into something positive in their own lives.”

Six-year-old Ryan said: “I enjoyed the assembly, I’ve been really looking forward to it and my favourite part was meeting the Crystal Palace players and when I scored a goal.”

Six-year-old Amanan added: “When the players walked in, I couldn’t believe it! I loved scoring goals and when my team won the quiz.” 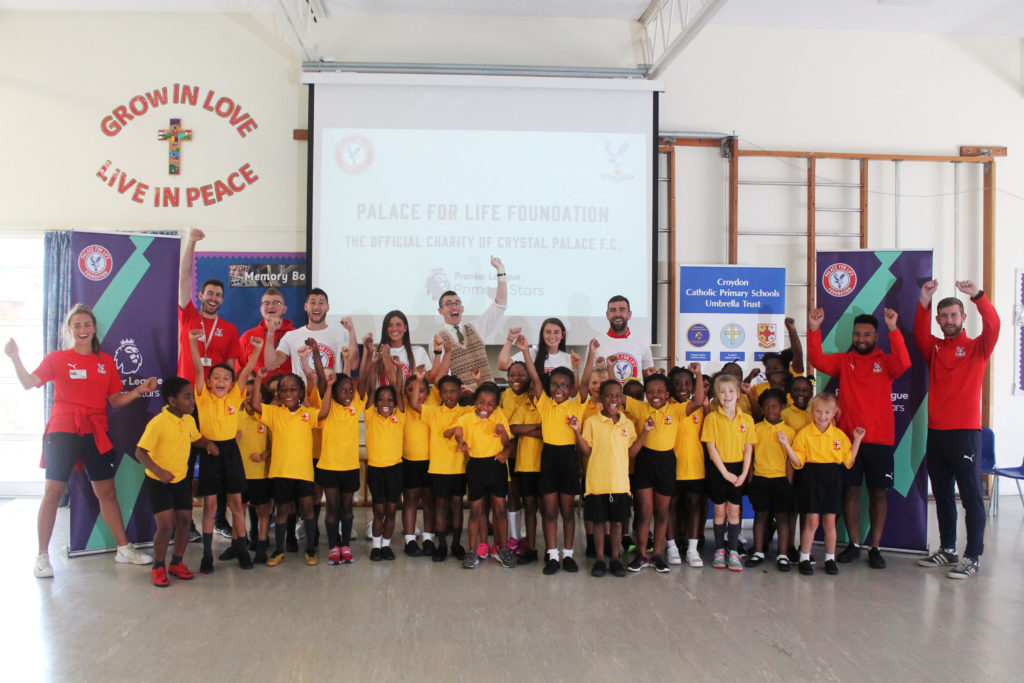 Run in partnership with Nike, the Premier League Primary Stars Kit and Equipment Scheme provides primary school teachers with football kit and equipment to aid active lessons both in the classroom and on the sports field.

The scheme is available to primary school teachers who register to participate in Premier League Primary Stars at PLPrimaryStars.com, where curriculum-linked resources including lesson plans and worksheets are available to download for free.

Teachers based in England and Wales have until 26 October 2018 to visit PLPrimarystars.com to register and apply for the free Nike kit or equipment pack.