Palace for Life Foundation and local police have joined forces to teach children important lessons about staying safe, alongside the delivery of after-school football sessions.

Laws of the Game is part of the Premier League Primary Stars programme and was officially launched at Fairchildes Primary School in New Addington on 13 October 2017. 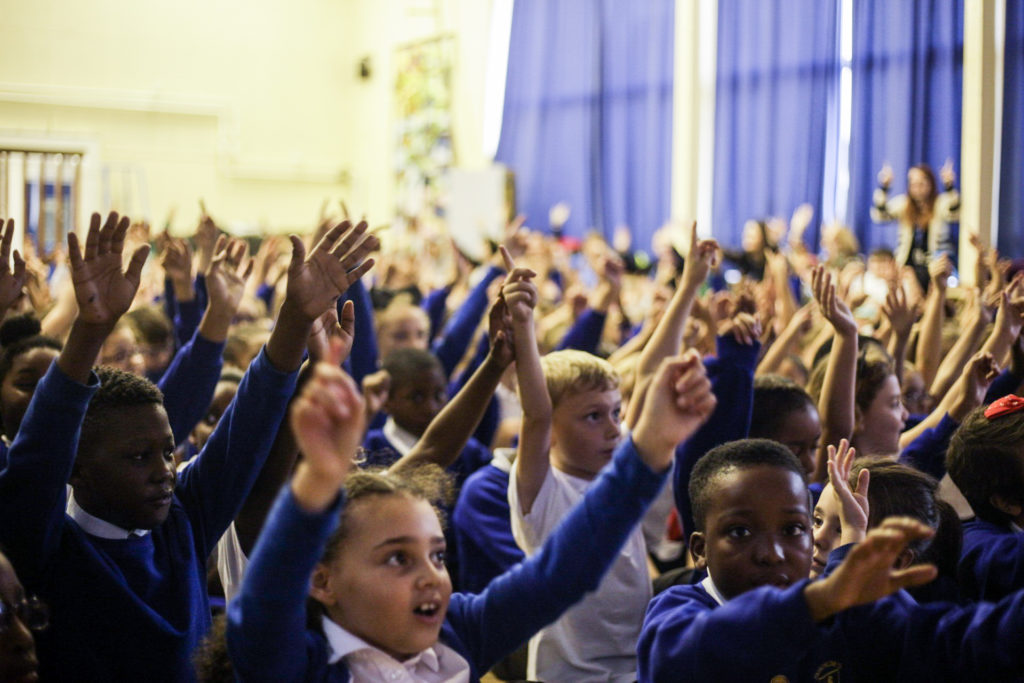 The project will see local police officers Adam Fenlon and Ricky Phillips, who are also FA Level 2-qualified coaches with the Foundation, delivering a whole school assembly, covering topics such as e-safety, stranger danger and staying safe. Children are then offered the chance to take part in an after-school football club, also delivered by the officers. 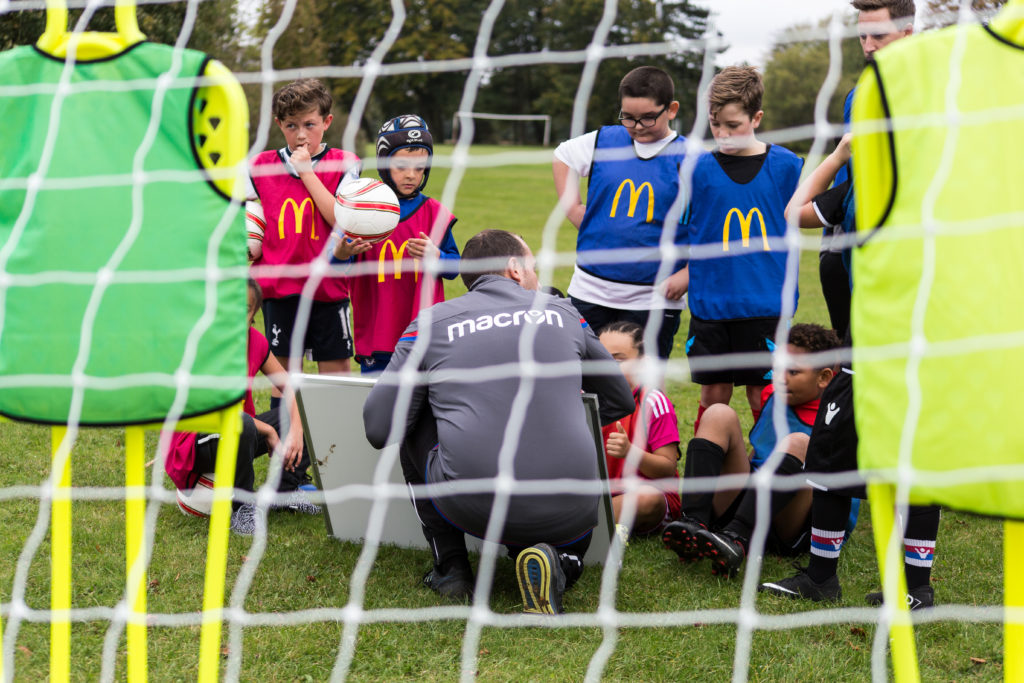 Paul Mitchell, PE and School Sport Manager at the Palace for Life Foundation, outlined the benefits of the project: “Police officers sometimes get a hard time on the streets, but if the children see them coaching  football and delivering assemblies in the fun way that they do, it can help with community cohesion.

“Parents know the children are going to sessions with police officers and it should help develop those relationships with police and the community around the school.” 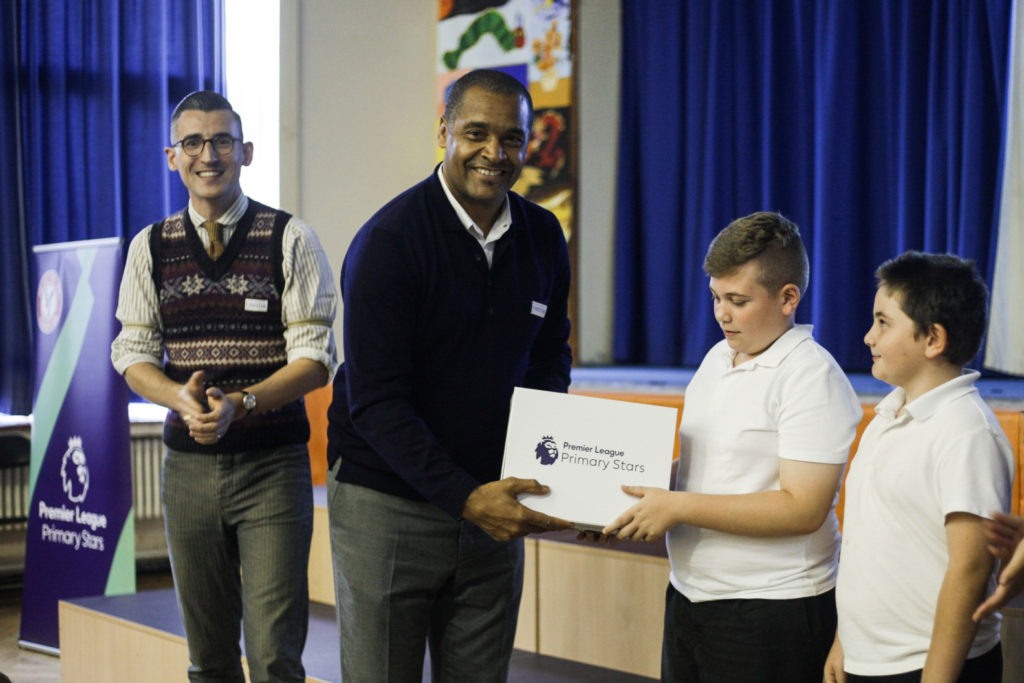 There were some familiar faces on hand to support with the launch, with CBBC presenter and Foundation ambassador Ben Shires compering the afternoon. Crystal Palace legend Mark Bright, who scored 113 goals during his spell at the club between 1986 and 1992, also joined the assembly and encouraged children to work hard at school. 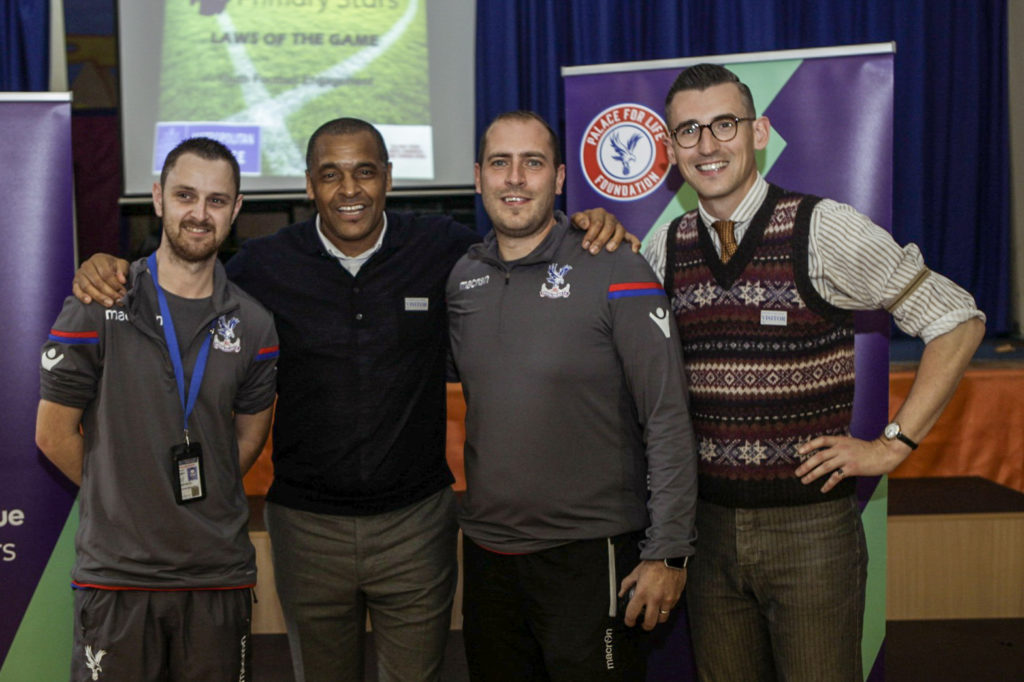 Superintendent Tony Josephs, who is responsible for all of the uniformed officers in Croydon, added his backing to the programme: “It’s really important for young people to get involved in sport and other activities, and the Palace for Life Foundation is absolutely fantastic at going through schools to engage with young people.

“It’s great that we’ve got some of our police officers involved, it’s really important to get officers and young people talking at an early age stage, so that rather than it being about a problem, it’s about mutual goals, objectives and things they want to achieve.”

Laws of the Game will be rolled out across New Addington primary schools, and other wards in Croydon in the near future.