Palace player Jason Puncheon delighted pupils at Foresters Primary School when he joined their lesson to listen to poems they had written for the Premier League Writing Stars Poetry Competition.

Palace player Jason Puncheon delighted pupils at Foresters Primary School when he joined their lesson to listen to poems they had written for the Premier League Writing Stars Poetry Competition.

The midfielder, who was born and raised in Croydon, was so impressed with their work around the theme of diversity that he presented each pupil with a pair of tickets to Palace’s upcoming fixture against Leicester City on Saturday 15 December. 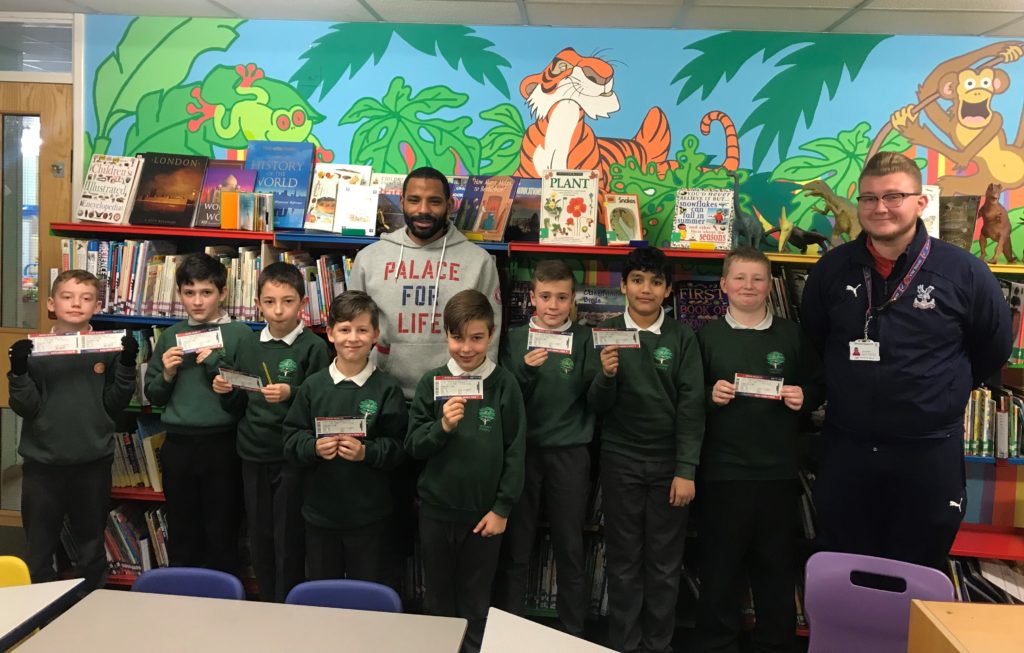 He said: “It’s not easy to stand up and read out your work in front of people, but this sort of thing is boosting their confidence and really helping them with their reading and writing.”

On giving out the tickets and inviting the youngsters to Selhurst Park, he continued: “Some of these kids would never get the chance to go to a game, it’s hard for parents, so if we can give them that chance then we should, we need to make that connection with local people, you never know, one of them could be a future player!”

The Year 5 students at the Wallington school have been working in a small group with Palace for Life Foundation coaches since the start of the school year to help improve their literacy skills, using football and the Premier League as a way to engage them.

Foundation Primary Schools Officer James Jenden explained: “These pupils were put forward for Reading Stars by the school as it was felt they would benefit from the additional support with their reading and writing and I’ve been so impressed with the changes I’ve seen in their behaviour and focus.

“Having the Premier League Writing Stars competition has been a really good way for us to explore the theme of diversity and discuss what that means to each of them. Having Jason join us was the perfect reward for their hard work this term!” 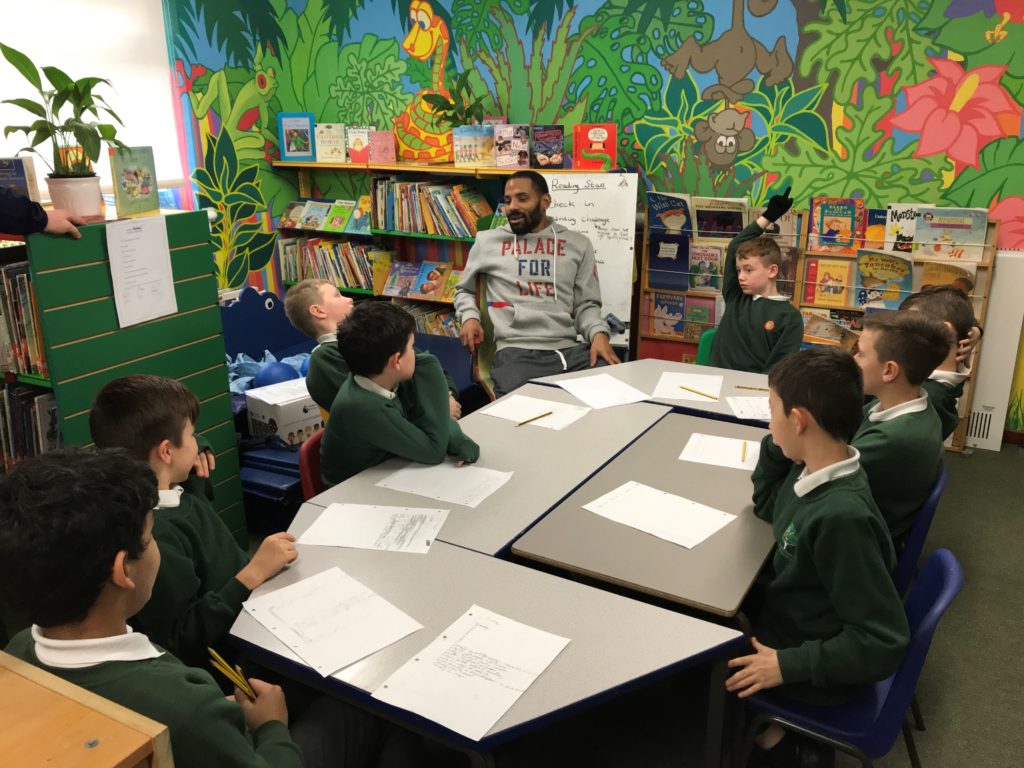 Nine-year-old Bobby, a big Palace fan, was particularly excited to meet Jason and share his work with him: “I was so happy and it was nice to meet a player, I’ve only ever seen them in games before but not in person. Writing our poems has been fun, diversity is very important, it means you respect and accept other people.”

Premier League Reading Stars (PLRS) is a 10-week literacy intervention designed to be delivered in schools, libraries and football clubs.

The aim is to stimulate literacy engagement in children aged 9-13 years who love football but lack motivation in reading. PLRS evaluation has shown that the programme can have a significant impact on attainment and attitude.

To find out more about our Premier League Primary Stars work, please contact James at jamesjenden@palaceforlife.org