It’s been five years since the Premier League introduced its Primary School programme, Primary Stars. We take a look at the impact the programme has had on young south Londoners in the last half-decade.

What is the Primary Stars programme?

Primary Stars has been running for five years and uses the appeal of the Premier League and professional football clubs to inspire children to learn, be active and develop important life skills.

It is managed by the Premier League Charitable Fund, which is a Premier League-funded charity that aims to create positive and lasting sporting, health and education outcomes for children, young people and the wider community. 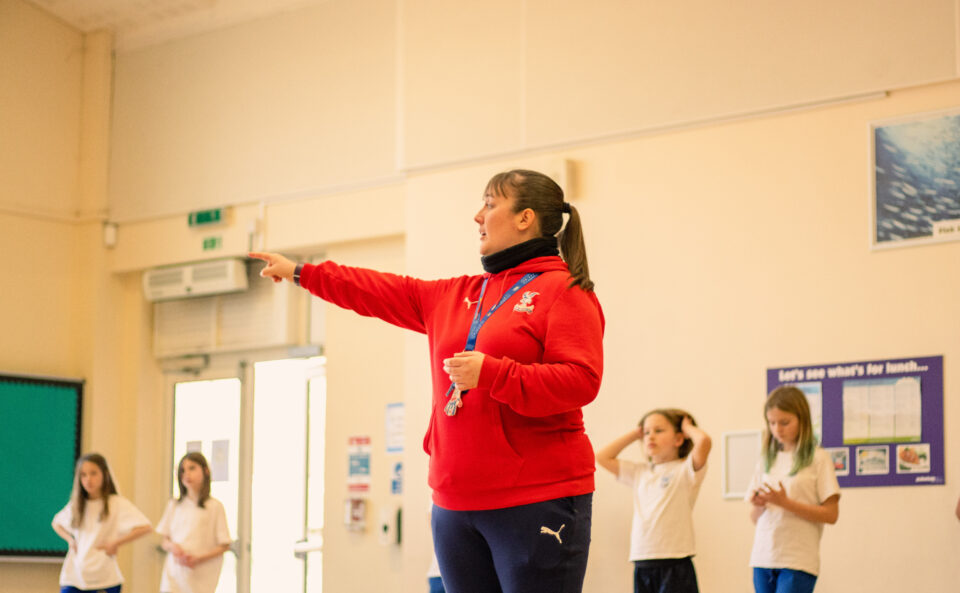 What usually happens at the sessions?

It can be a variety of things but at Palace for Life, we work with teachers to deliver fun, educational PE and classroom sessions on a range of subjects, from English and Maths to teamwork and PE, with free-to-download activity ideas, worksheets, lesson plans, fun assemblies and exclusive videos.

At Palace for Life, we offer this support to all Primary Schools within the south London borough’s of Bromley, Croydon, Sutton and Tandridge District. 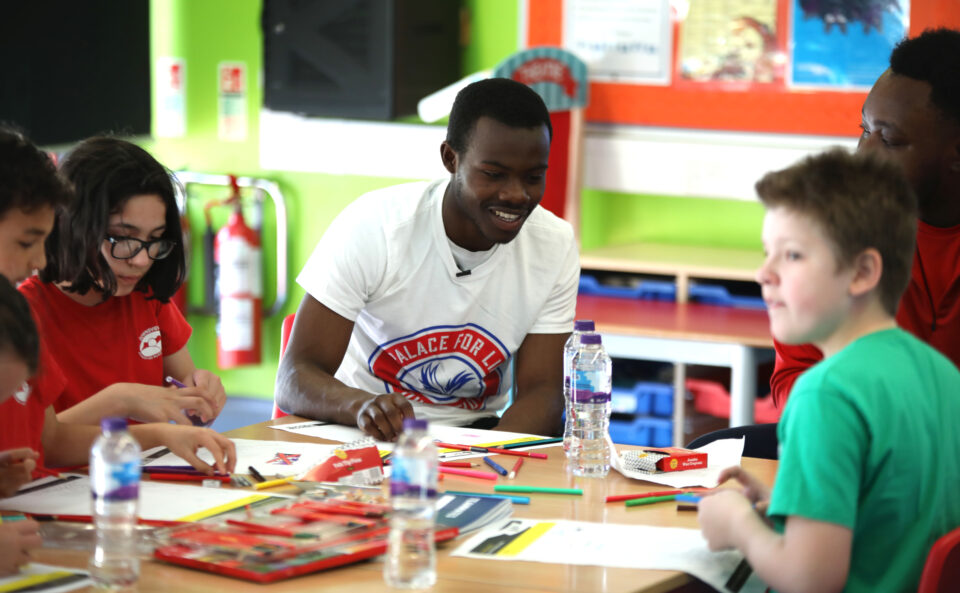 What have we achieved in the last five years at Palace for Life?

In the last five years, Palace for Life has worked with 120 individual schools, working with over 180 local teachers to upskill them in their PE delivery – engaging over 19,000 participants from schools across south London.

Palace has delivered over 210 education activations, with topics including gender discrimination, mental well-being and key dates across the year including World Book Day, Black History Month and anti-knife crime workshops.

On top of this, Palace for Life has also delivered over 160 targeted intervention programmes, including Reading Stars, moving maths, our equality unit, a secondary school transition programme, SEND engagement and Team Mates. As well as 33 Social Action projects, on topics including sports leaders and climate change and sustainability. 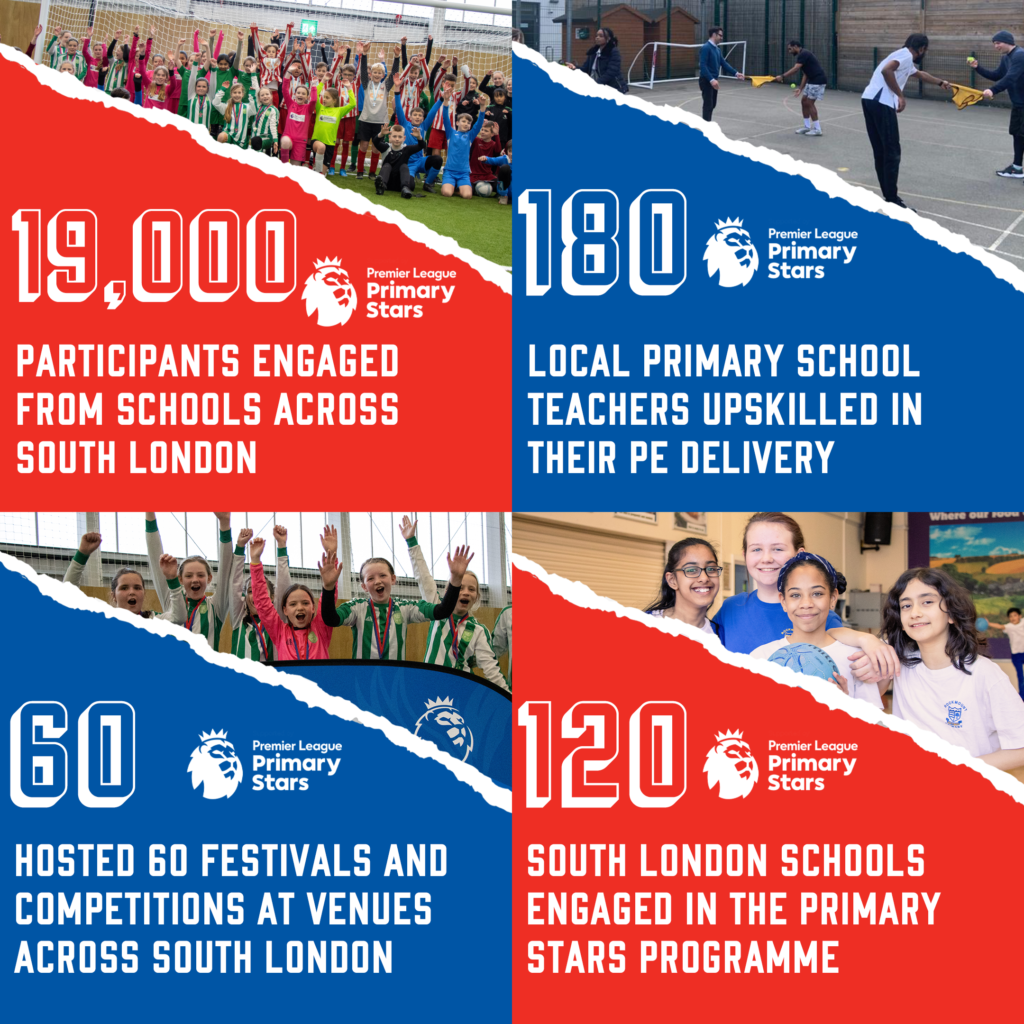 “Our Premier League Primary Stars programme has gone from strength to strength over the past five years, focusing on a variety of topics and constantly evolving to meet the needs of the children of south London. There have been so many incredible aspects of the programme so far, including utilising Selhurst Park for workshops and tours, Crystal Palace F.C.’s new academy facility hosting our competitions, and schools being able to represent Crystal Palace, playing at various Premier League grounds. We have included a number of key themes within the programme such as Equality, an introduction to mental health and climate change & sustainability to engage young people in crucial elements of society”.

“We would like to thank all the fantastic schools and partners across south London that have supported the programme, and we look forward to continuing to deliver for the next five years and beyond!”

What have the Primary Stars been up to recently?

In May, our Palace Primary stars were crowned champions at the annual Premier League Primary Stars tournament, which was held at Watford’s Vicarage Road for 2022.

Each year, every Premier League club bring two teams to represent them in the National Primary Stars finals. Representing Palace for Life was Cheam Park Farm for the girls and St Mary’s in Beckenham for the mixed team. All teams got the chance to wear their club kit, use the same dressing rooms the pro’s use on matchday, and play their fixtures refereed by Premier League match officials in front of a crowd at Vicarage Road.

St Mary’s Beckenham topped their group with victories over West Ham, Watford, Leicester and Aston Villa before nabbing a 2-0 win against Spurs in the semi-final.

After the impressive run, the Eagles went one step further and managed to take home the Primary Stars National Championship title with a 2-0 over Chelsea in the final! 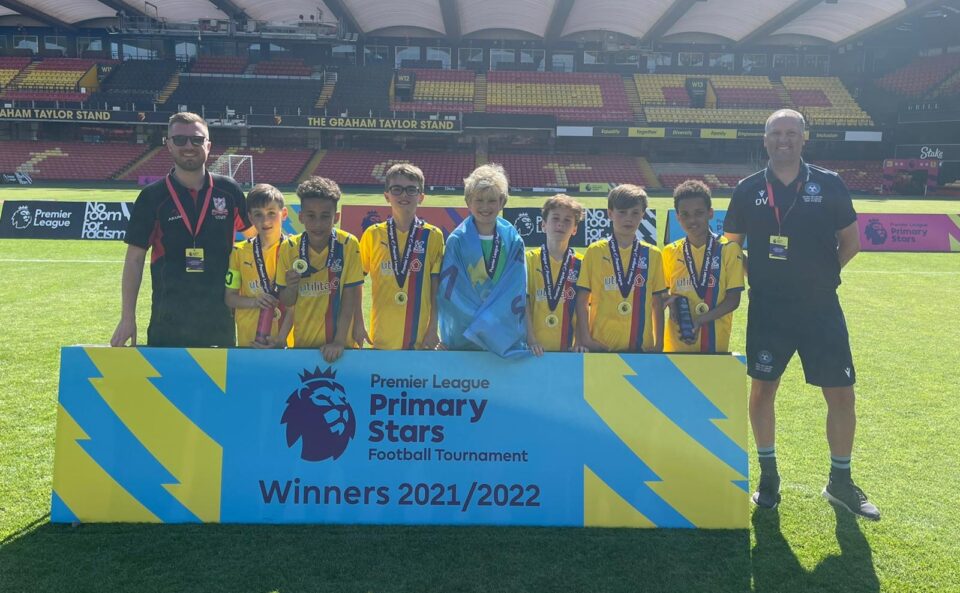 16 of our partner primary schools also visited us recently to take part in a once-in-a-lifetime opportunity to Play on the Pitch at Selhurst.

How important is the power of sport in the Primary Stars programme?

Learning is connected to the real world of sport, to inspire pupils when tackling challenging topics such as resilience, diversity, self-esteem and fair play. With our support and a number of online resources, teachers can improve their confidence in delivering PE lessons.

The Premier League’s values underpin everything on offer, encouraging children to:

Palace for Life would like to thank all of the schools and partners that have supported Primary Stars in the last five years, as well as the Premier League for funding the programme.

For more information on our work with primary schools, please click here.