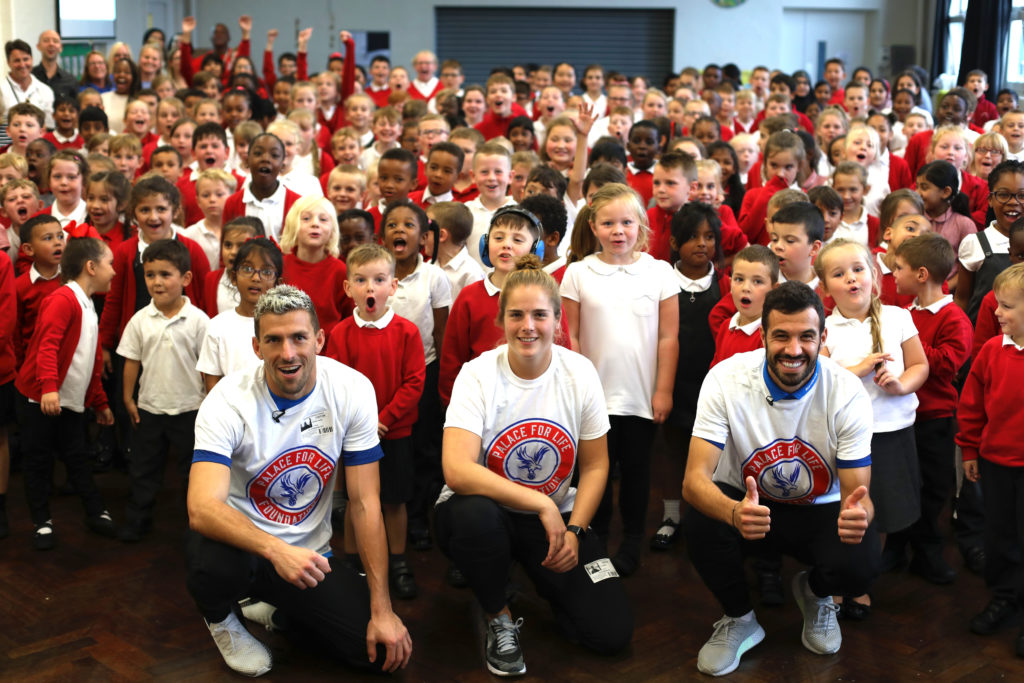 Palace captain Luka Milivojevic was joined by teammate Vicente Guaita and Lucy Gillet from Crystal Palace Women to visit Tweeddale School for a special assembly with the Palace for Life Foundation.

The three Palace stars arrived to a wall of noise and excitement, walking out in front of almost 400 children at the Sutton school to rapturous cheers and applause. The children were invited to ask the players questions about their lives and motivations, with each of the players also sharing some key pieces of advice.

Milivojevic said: “I really enjoyed meeting the children today and answering their questions, it was nice to find out more about them and share some stories about when I was young. Spending time with young fans is an important part of our job, it was great to see them all smiling and enjoying themselves.”

The two keepers, Guaita and Gillett, then took on a group of the children in a quiz all about Palace and healthy eating, designed to help educate the children about one of the Foundation’s key objectives: Healthy Lives.

Speaking afterwards, Guaita said: “This kind of day is really important. Firstly, to dedicate this time to the kids, as you can see how much it matters to them but also to show that the players are real people and they’re real human being and if you work hard enough you can be a footballer one day.”

A small group of lucky Year Five and Six children also had the opportunity to take part in a question and answer session with Milivojevic, where they asked about everything from his teammates, to his favourite apps and the colour of his football boots. 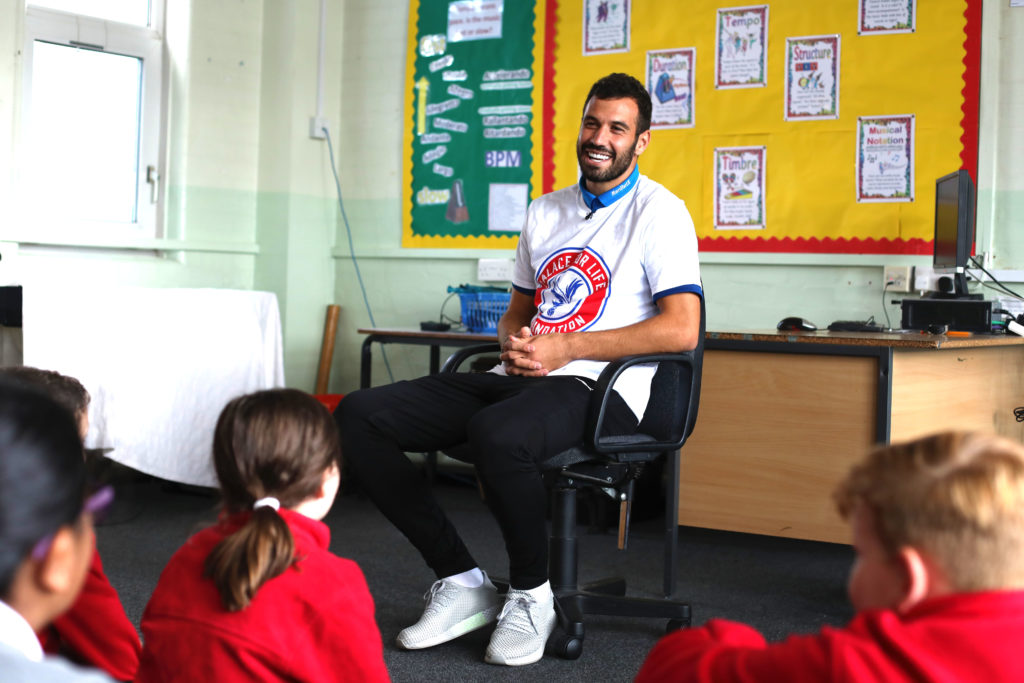 One of the children, aged nine, was excited to be involved. She said: “I was really nervous at first because I didn’t know what it was going to be like, but when I asked my question it felt amazing, it was a once in a lifetime chance and Luka was so nice!”

Gillett, who joined Crystal Palace Women on loan in January, added: “It was very exciting and good to see all the kids, they were really excited, it was heart-warming. Walking in and seeing the kids expressions at seeing the three of us, to see how thrilled they were and to have a good quiz with them reminds you how important our partnership with the Foundation is.” 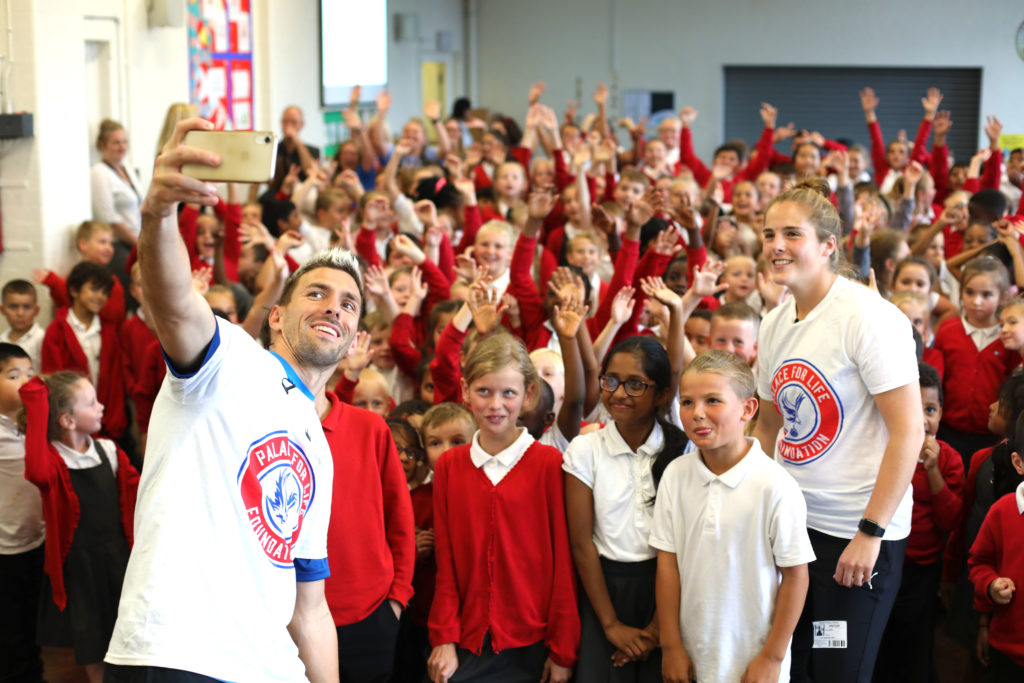 Tweeddale Primary School is one of five schools that the Foundation has a full-time coach based in, delivering PE and numeracy and literacy interventions as part of the Premier League Primary Stars programme.

Deputy Head Teacher Andrew Powell enthused that the day would be long remembered by the pupils and teachers alike: “We try and make education memorable for our children and this has certainly been a memorable day!

“Luka talked a lot about working hard in school, eating healthily and being grateful for what you have, coming from the Crystal Palace captain, that has a massive impact and this will be something they’ll remember for the rest of their lives.” 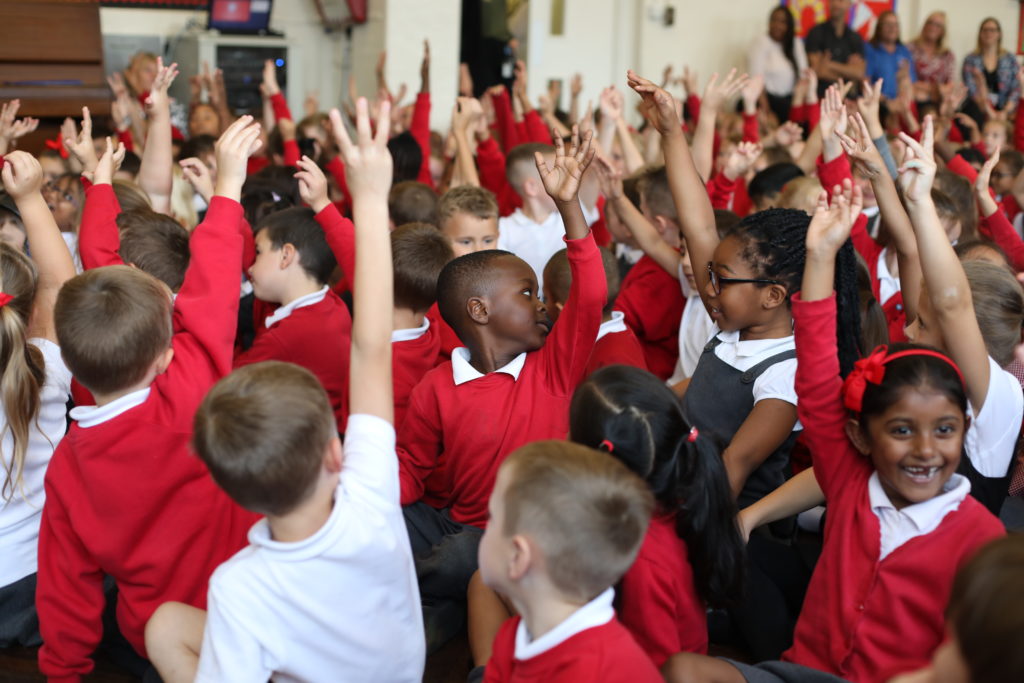 Find out more about our Premier League Primary Stars Programme.