Throughout the month of October, Palace for Life coaches delivered our Black History Month workshop to Primary Schools across south London to educate and inspire children in our community. More than 20 workshops were delivered to over 500 children from schools across Bromley, Croydon and Sutton. 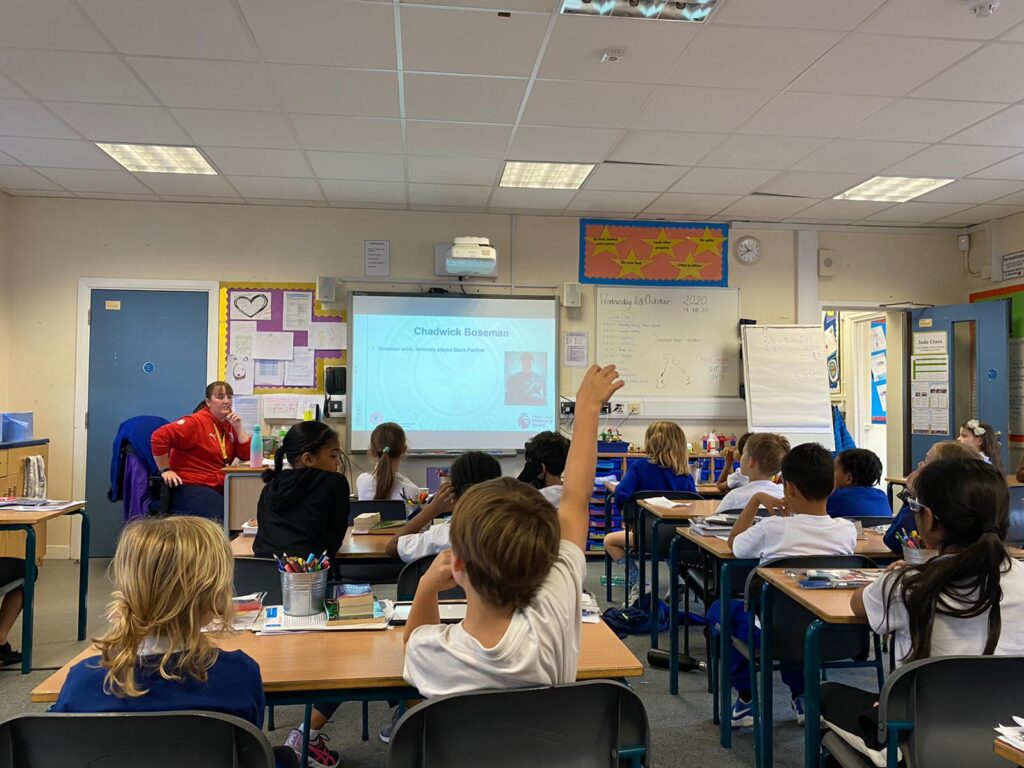 Children also learnt about Chadwick Boseman, the American actor who tragically passed away earlier this year. The children will know Chadwick as Black Panther, but also learnt about several key historical figures he played during his acting career.

Our coaches encouraged children to discuss the barriers these heroes have faced, and the characteristics they needed to succeed. Finally we looked at the Premier League Primary Stars Values of Be Ambitious, Be Connected, Be Fair and Be Inspiring, and how when we can demonstrate these values, we can ensure everyone is given the same opportunities.

As part of the workshop, children were shown our video featuring black role models from across south London:

One of the pupils said: “I like that it was about people that have faced bad things but changed the whole world.”

Another added: “I liked that we were talking about black history because it is very important that we learn about this.”

One child said that the workshop had shown them: “To not be shy of where you are from and your religion and skin colour.”

With another saying: “Always believe in people and yourself, never give up.”

Equality, diversity and inclusion will be embedded in our PL Primary Stars sessions throughout the school year.