The Premier League Schools Tournament is organised by the charities of each Premier League club every year. Each charity organises their local fixtures, with the winners of each competition representing their football club at the national finals day at the end of the season. The Foundation has been engaging with Primary and Secondary schools across south London for their Under 11s mixed and Under 13s Girls tournaments. 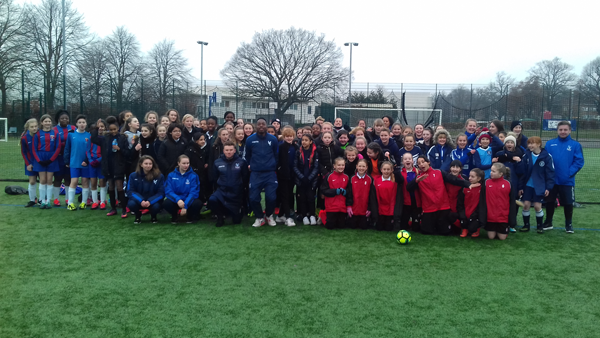 Our finals day was a fantastic occasion, with a high standard of football being played in two closely contested tournaments. Our Under 11s tournament was won by The Avenue Primary Academy, who defeated Aerodrome Primary 3-1 in the final. Support for all teams was terrific, with teachers and parents coming to cheer on their school. The Under 13s girls tournament was incredibly close, with Charles Darwin school and Sackville having to play a playoff to reach the final, after finishing the group stage level on points, goal difference and goals scored! Edenham High were our eventual winners, beating Charles Darwin 1-0 in a tense final, leading to mad celebrations from the team and teachers. Both winning teams received a crystal Palace Eagle trophy, and all children at our finals day have been given the opportunity to attend an Elite Player Session with the Crystal Palace FC Foundation free of charge during the Easter Holidays.

Edenham High and Avenue Primary Academy will represent Crystal Palace at the Premier League national finals day, taking on schools representing teams including Manchester United, Arsenal and Leicester City. This year’s finals day takes place at Chelsea FC’s home ground, Stamford Bridge on May 23rd. Both teams will receive a full Crystal Palace home kit to wear on the day and take home afterwards, with their name and number printed on the back. They will be taken in the Crystal Palace team coach to Stamford Bridge, along with a second coach full of supporters of both schools.