A charity football match which saw Palace fans bid to play alongside club legends and celebrities at Selhurst Park has raised £10,000 for Palace for Life Foundation. 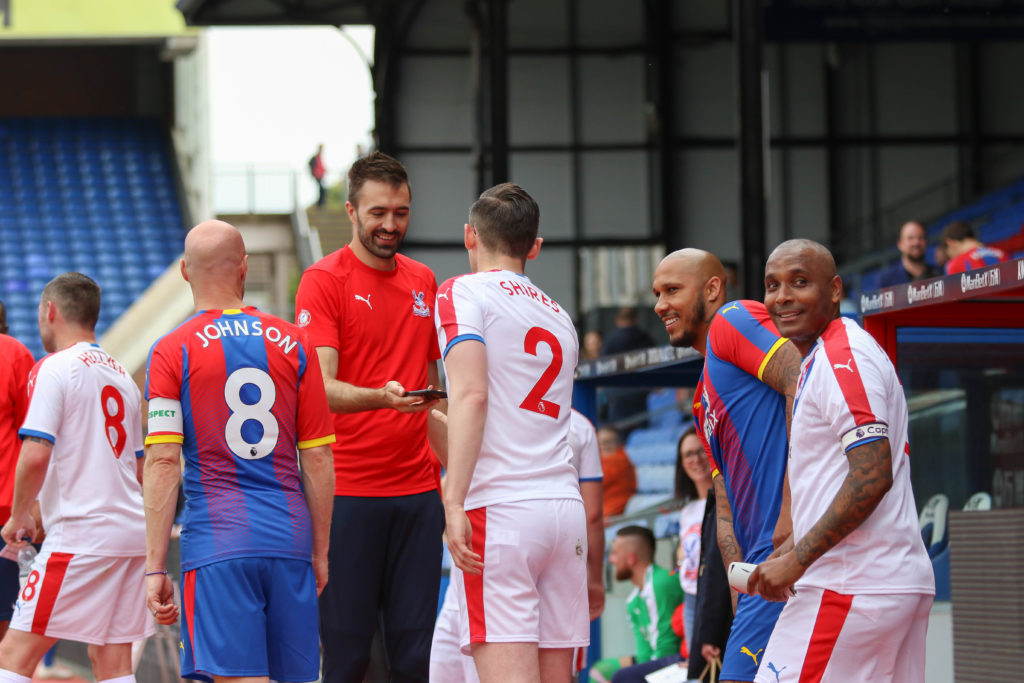 Martyn Rooney said: “I’ve loved it, it’s just been exciting to be here at Selhurst Park, seeing players I supported as a kid and to be this close to them and have a laugh with them, it’s been amazing. The impact Palace for Life Foundation has on the local community is incredible, if I can help by being here, that’s amazing, I hope we’ve been able to raise a lot of money.”

Fans had bid to take part through a series of online auctions and were treated to the full matchday experience, walking down the tunnel to ‘Glad All Over’ in personalised kit, before playing alongside Palace legends in front of the beer festival crowd. 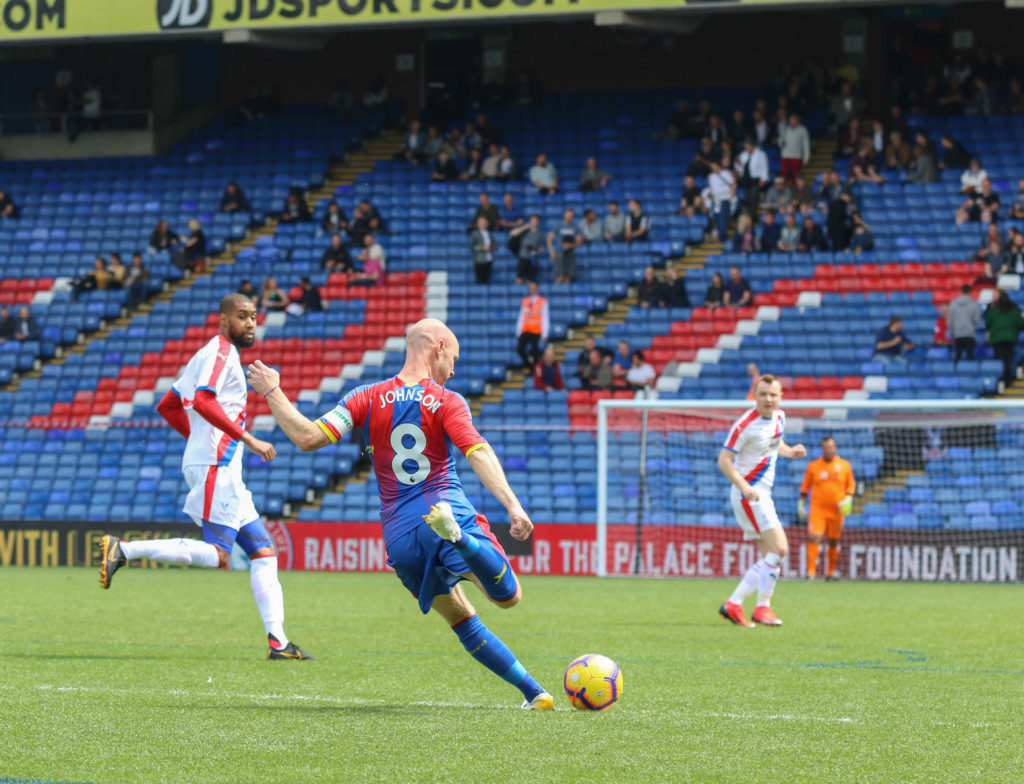 Palace for Life Patron Andy Johnson has played in the match two years running: “It’s been fantastic, it’s exceeded all expectations this year, it’s played in good spirits and it’s for a good cause. It’s also been great to see some ex-players that I’ve not seen for a long time, people who played in my team so it’s nice to see them back.

“The Foundation supports young people who have been through some really dark times, so it’s important to me to try and help when I can, the work they do in the community is fantastic.” 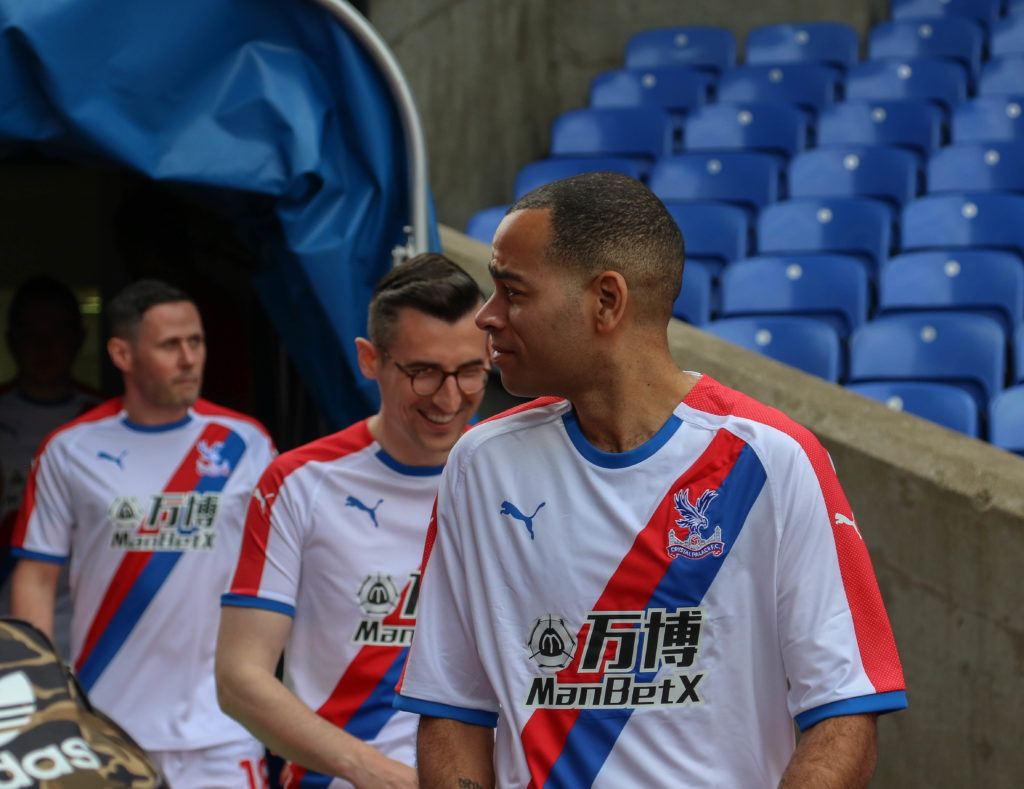 Also taking part were a host of famous faces, including rapper and comedian Doc Brown, journalists Neil Ashton, Rob Warlow and Jim Daly and children’s TV presenter, Ben Shires, who has been a Palace for Life ambassador for the past three years.

He said: “It’s been absolutely brilliant, I live right by Selhurst Park and walk past it every day so to actually play on the pitch, it’s been a fantastic event. I’ve been privileged to be part of Palace for Life programmes and outreach for the past three years, Palace go above and beyond in the work they do in the community, bringing it all together with football at the heart. Working with the Foundation for the past three years has just been a dream come true.” 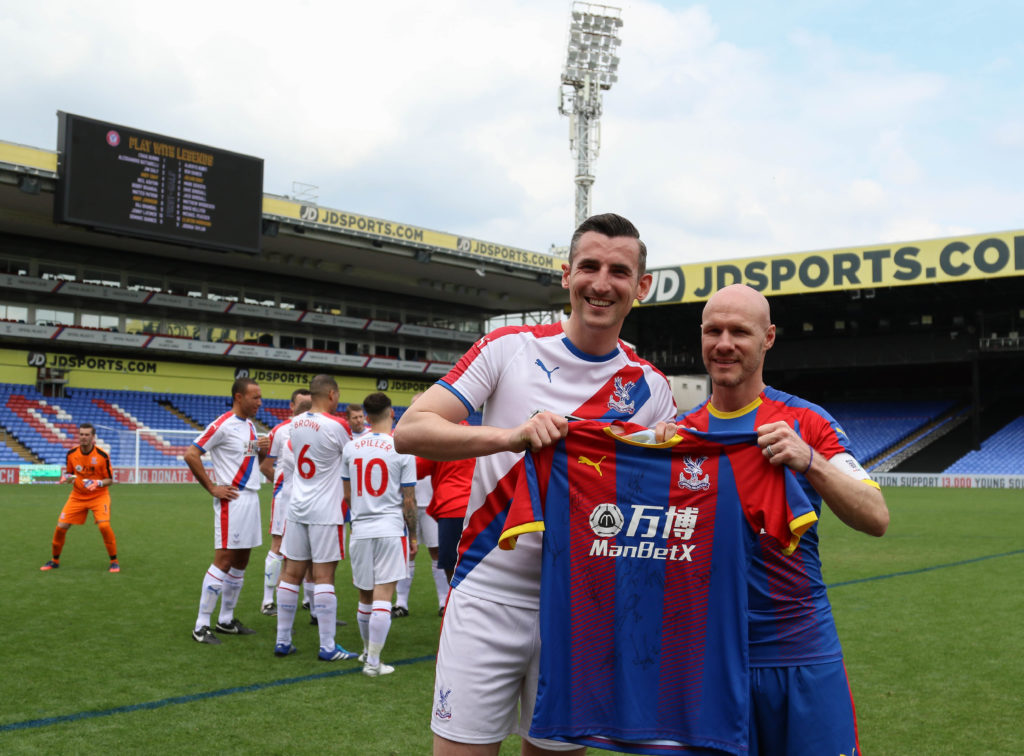 The teams played out a 5-5 draw, with penalties required to settle the scores, the home team running out eventual 4-3 winners.

One of the fans who took part was David Hellyer, who has played in the match for the past three years: “It was an absolutely fantastic day, you wouldn’t get this at any other club, it’s had a true community feel to it, getting people involved and bringing the kids down, getting the next generation inspired by football. I’m committed to seeing Palace going forward and encouraging players at every level, not everyone has the opportunity to play so the work of the Foundation is so important.” 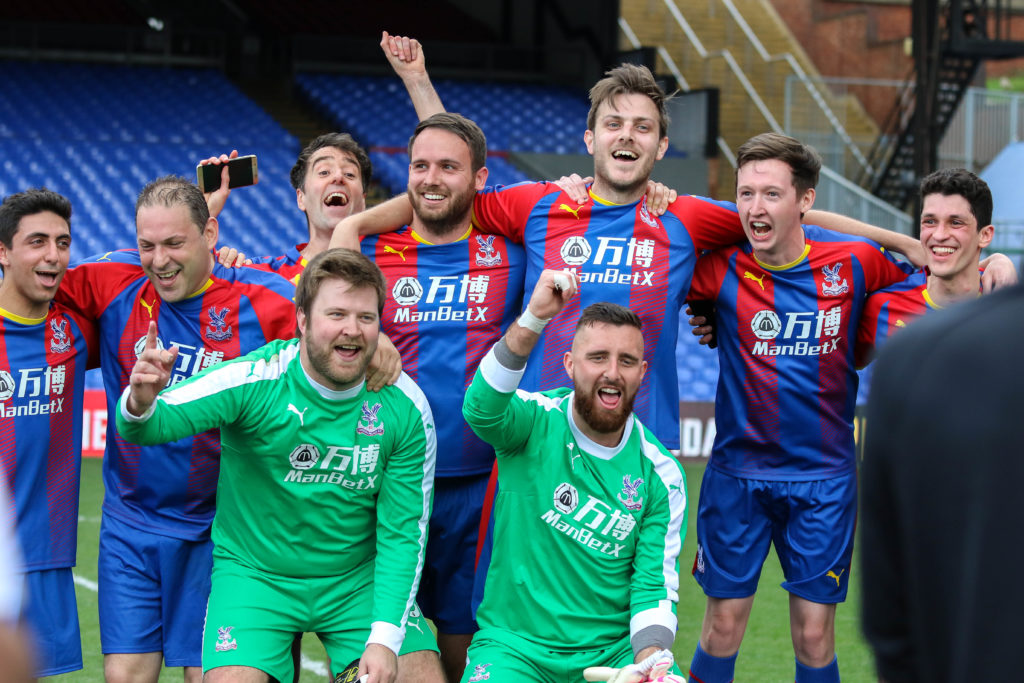 Another of the players, Tom Birdsall, played in the first half: “I really enjoyed it, I was marking AJ which was hard work, even jogging he’s quicker than me! It’s massively important for me, what the Foundation do in the local area is amazing, so to support that and have the experience of playing on the pitch is great.”