Clinton Morrison is the latest Palace legend to commit to the Palace for Life Marathon March on Saturday 12 October, joining former Eagles Andy Johnson and Mark Bright for the annual charity walk.

The event, a 26.2 mile walk from Selhurst Park to Trafalgar Square, brings together Palace fans and legends and last year raised over £100,000 to support vulnerable young south Londoners. 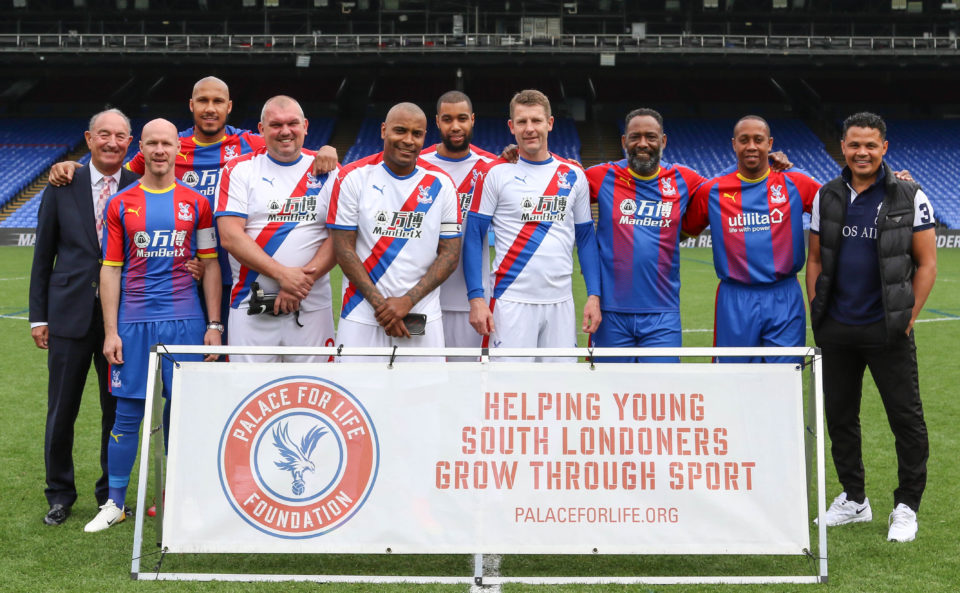 Morrison, who recently took part in Palace for Life’s Play with Legends match at Selhurst Park, said: “I’m really excited to take on the Marathon March! Palace has a special place in my heart and I’m looking forward to spending the day with the fans and doing something positive for the community.”

Set to take part in his third Marathon March is Andy Johnson: “I’m really pleased to confirm that I’ll be back at the Marathon March for a third time this year and going for my hat-trick!

Fellow club legend Mark Bright will take on the challenge for the second year running: “The Marathon March was an amazing day out last year and it was a pleasure to walk and talk with so many fans.

“Completing the walk and knowing we’d raised so much money to help youngsters in the community was a wonderful feeling.

Over 60 Eagles fans have already pledged to take part in the 2019 marathon-length walk, bringing together Palace fans and legends hoping to beat last year’s total of over £100,000 raised for Palace for Life.

The social event is non-competitive and open to anyone, where the primary aim is to raise money for Palace for Life Foundation. All participants are asked to register for £25 and commit to raising a minimum of £300 each in sponsorship.

All of those who all those who reach the £300 in sponsorship will see their name printed in the Palace matchday programme and on the Palace for Life roll of honour on our website.

As an added incentive, any fans who, like Andy Johnson, will be going for their Marathon March hat-trick will receive a special edition ‘magic hat’!

To register for the 2019 Marathon March, and to join Clinton Morrison, Andy Johnson and Mark Bright, CLICK HERE.

Sign up to take part in the 2019 Marathon March.