With the Rainbow Laces match taking place against Bournemouth, we spoke to Emma Wright from Proud and Palace about all things Palace and progress. 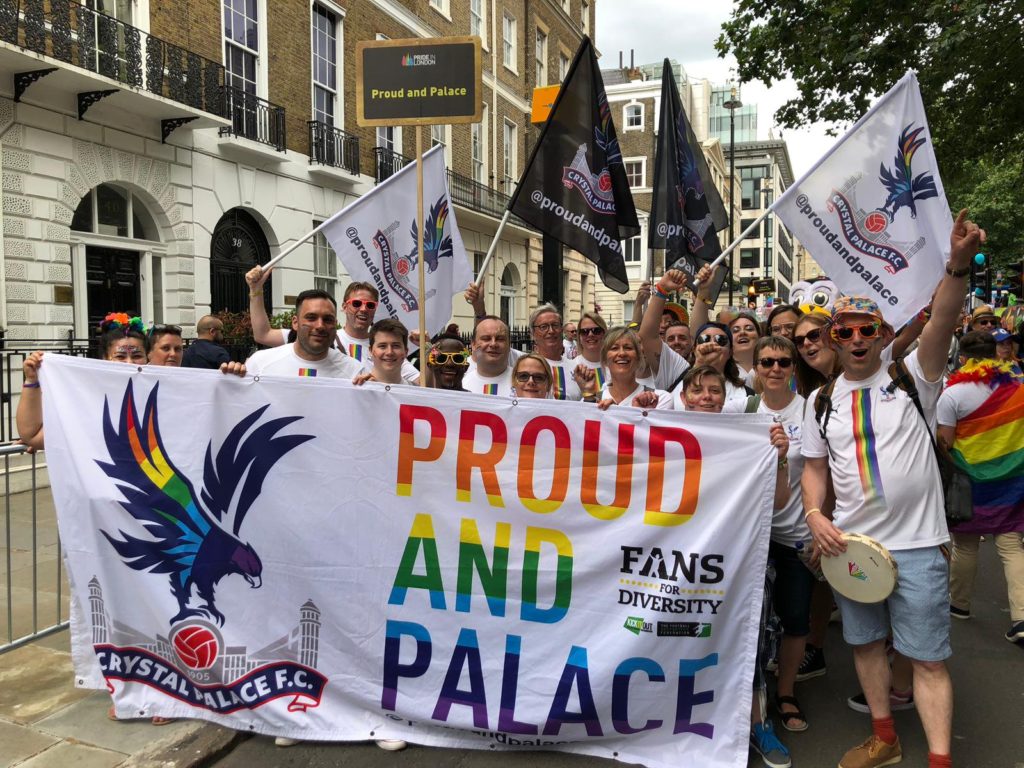 This week the Rainbow Laces campaign takes centre stage, with clubs and communities coming together to show their support for LGBT people in sport.

Emma Wright is one of the founding members of Proud and Palace, the official LGBT fan group for the Eagles, and she talked to us about Palace, pride and progress.

Palace is in Emma’s DNA and it was love at first sight: “My first game was a boring 0-0 draw against QPR, but it was one of the best games I’ve seen. Selhurst Park is the most amazing stadium in the world when you’re eight years old.”

Making people feel welcome has been a focus for season ticket-holder Emma since the early days of Proud and Palace. The group started as a Twitter page in 2014 but has grown to over 300 members, providing a support network and social group for LGBT fans.

“We’ve always said we can’t necessarily change the world but we might be able to change things in our corner of south London. We’re trying to educate people why some of the language around the stands is not acceptable in football anymore.

“I’m also hugely conscious that we need to support our transgender community. We’ve had members who stopped coming to games 30 years ago because they didn’t feel safe, but through our group they now feel more comfortable coming back.”

Emma’s work doesn’t stop at Proud and Palace and she has been volunteering as a PlayMaker with Palace for Life, visiting schools to talk about bullying and resilience.

“Anyone who’s gone to school in the UK knows that calling someone ‘gay’ is a standard derogatory term for trying to get under someone’s skin.

“If schools can do more like they have been with Palace for Life to bring in people who can share their experiences, hopefully more people will grow up happy and authentically who they are.”

That kind of progress is something Emma wants to keep on the agenda all year around.

“Rainbow Laces has been valuable over the years in raising issues that LGBT people face in sport on the national and international agenda, but the key thing is that this isn’t a one off. The real change comes from groups like Proud and Palace and the Foundation supporting people and keeping those conversations going.”