Izzard, a Foundation patron, was at Selhurst Park bright and early on the morning of Saturday 12th October to officially start the Marathon March, powered by Utilita, joining Eagles fans as they headed through Thornton Heath and Mitcham towards Wimbledon Common.

He said: “Walking a marathon is a joy for me! It’s great to be here, it’s all about helping young people in south London and mental health is our focus this year. I’m so pleased I was able to make it, I had a gig in Oxford last night and I have a gig in Plymouth tonight, but it’s all worth it to be here.” 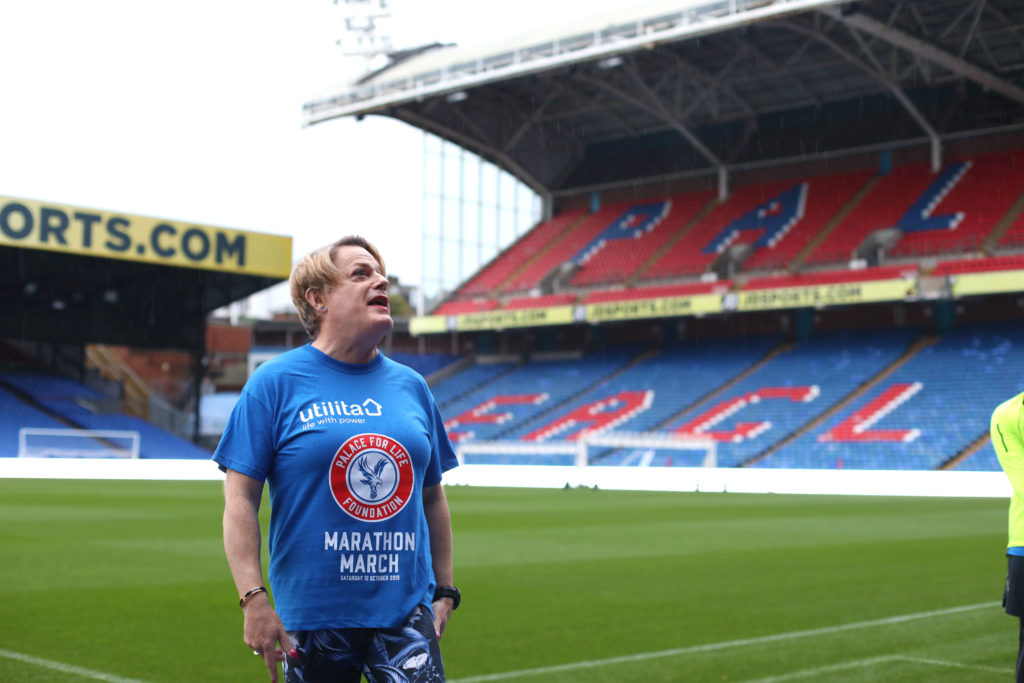 Also in attendance was Palace chairman Steve Parish, who walked the full 26.2 miles in support of the Foundation’s work. The route went through Richmond Park, passing Fulham’s ground Craven Cottage and Chelsea’s Stamford Bridge before ending up in central London.

Parish said: “The Marathon March is a great event that helps to highlight the amazing work the Foundation are doing out in the community and it raises an extraordinary amount of money. Hopefully people will be even more generous with their support this year, given the weather!

“The Foundation does incredible work to confront some of the problems we have in south London, like knife crime and youth violence, using the power of the Palace badge to show young people that there is a different path they could be taking.” 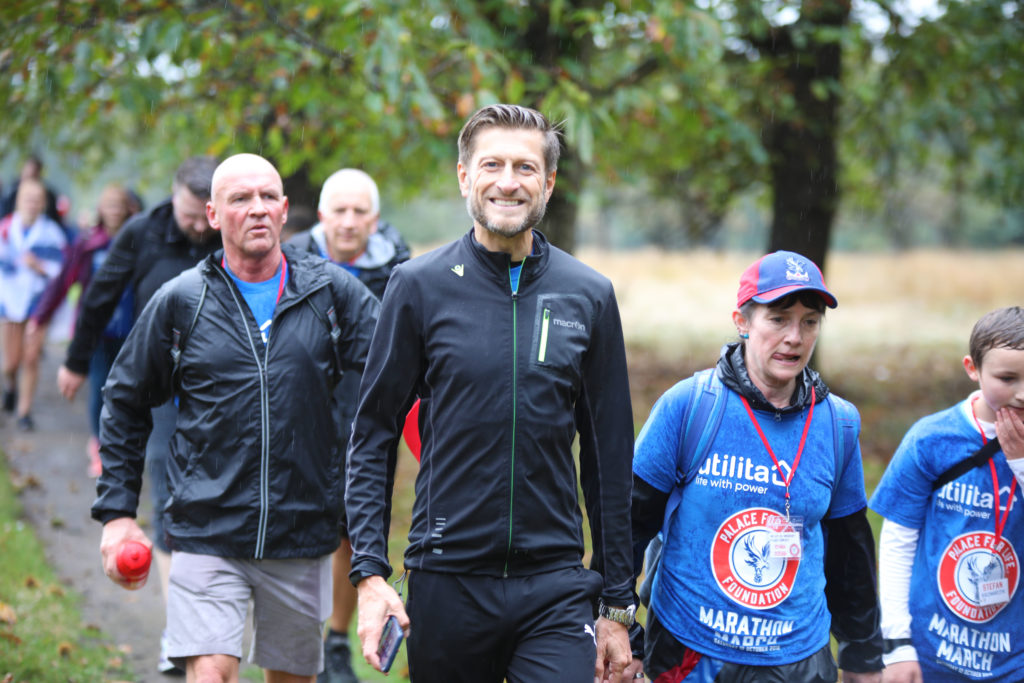 More than £56,000 has been raised so far, with some of the funding going towards expanding the Foundation’s Team Mates mental health intervention that runs in primary schools.

Palace for Life Foundation Mike Summers, who also walked the full route, explained: “It’s been such an uplifting day, with amazing camaraderie amongst the Palace fans, the rain really didn’t dampen our spirits!

“The reason we’re all here is to try and raise additional funds for our work, in particular for our Team Mates mental health programme. We’re very lucky to be supported by the Premier League and PFA, but in order to reach even more young people who might be facing hardship or are struggling with their emotions, the money we are raising together is so important.” 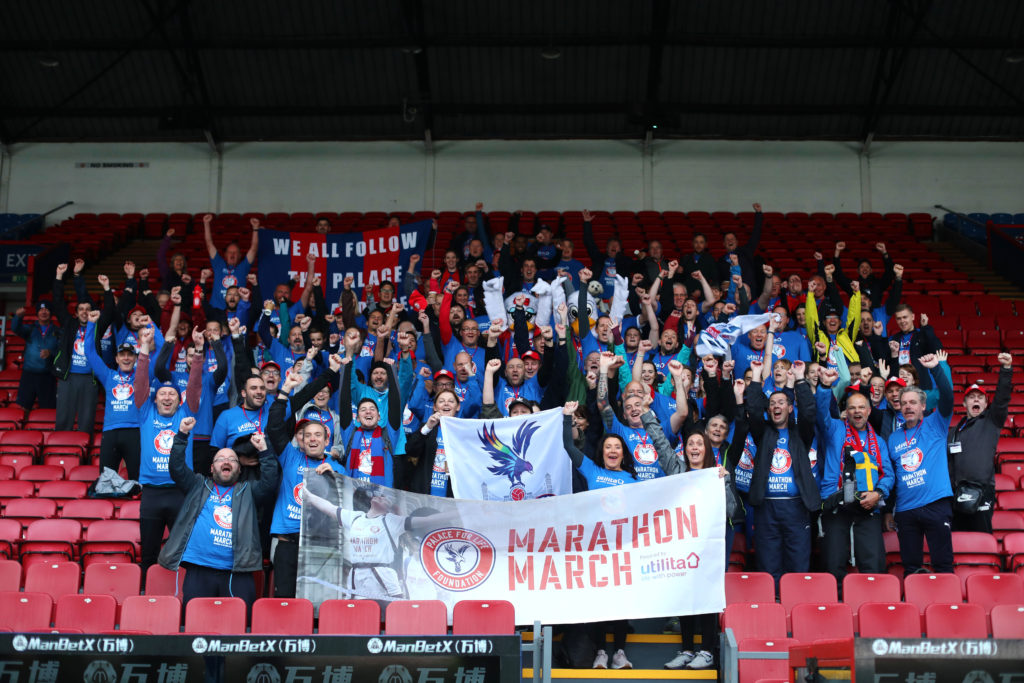 Walkers, who ranged in age from nine to 80, braved heavy rain to complete the walk, maintaining high spirits throughout and uniting at the end for a rendition of Selhurst Park favourite, ‘Glad All Over’.

One of those who completed the walk was Daniel Clarke, a former Foundation participant who now volunteers to support youngsters with disabilities. Daniel used his wheelchair to finish the route and was supported by a team from Croydon Council. 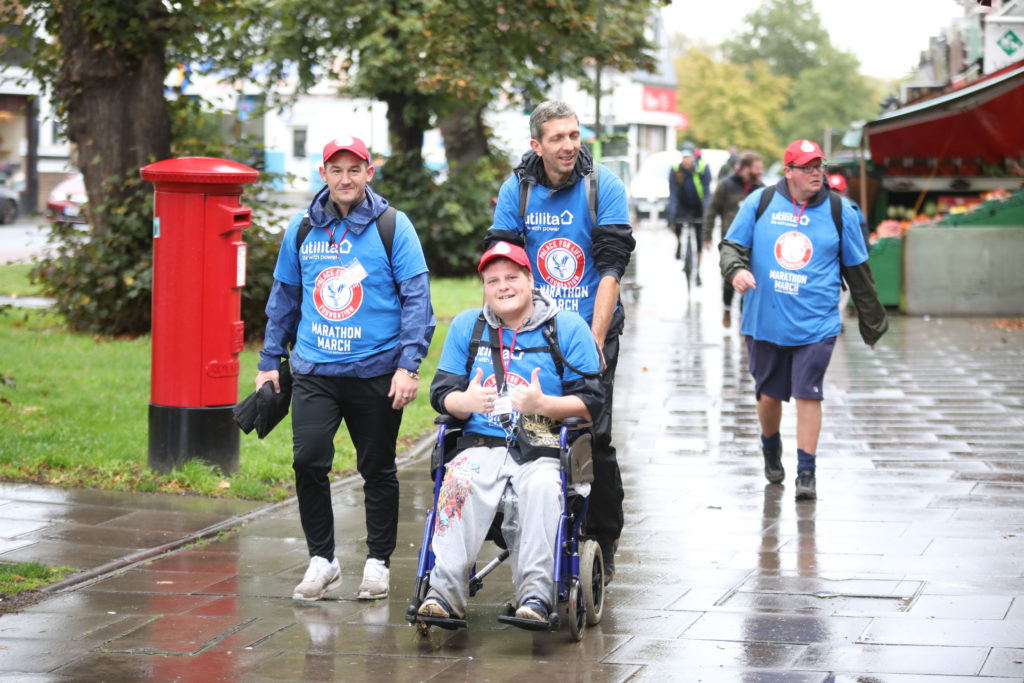 Maurice Clark, 80, joined four other members of his family to take on the Marathon March: “I entered for the challenge of seeing what I could do at the age of 80. Also the pleasure of doing it with so many of the family, my son, daughter-in-law, two grandsons and the family dog.

“I thoroughly enjoyed the whole day, the fun chatting to other supporters on the way, the general bonhomie and the inevitable Palace chat. It was a great day and I will do it again next year, all being well.” 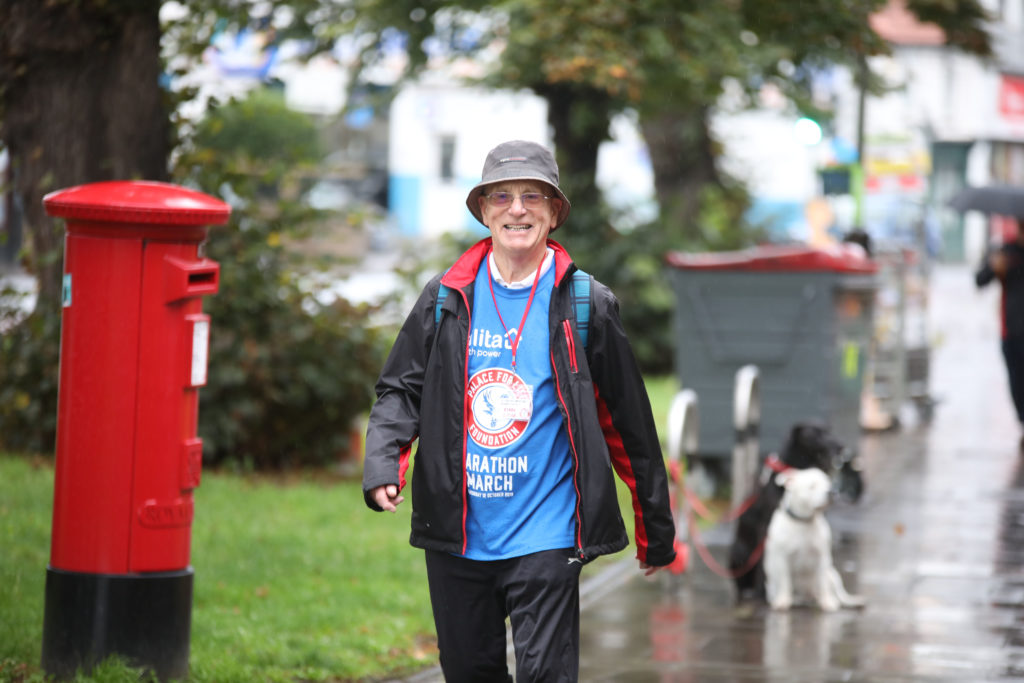 Charlie Trainor, nine, started the Marathon March at the halfway point to join his father, Pete, and their dog, Archie: “I found the walk hard because of the long distance and the weather, but all the lovely chats with other Palace fans, and club staff, made it easier and lots of fun. I decided to do it because I feel very lucky, and wanted to help the children in south London who aren’t as lucky as me. I want to do the full 26 miles next year, and raise even more money.”

Also amongst the walkers were Palace legends Mark Bright and Andy Gray, with Bright undertaking the Marathon March, powered by Utilita, for the second year running. 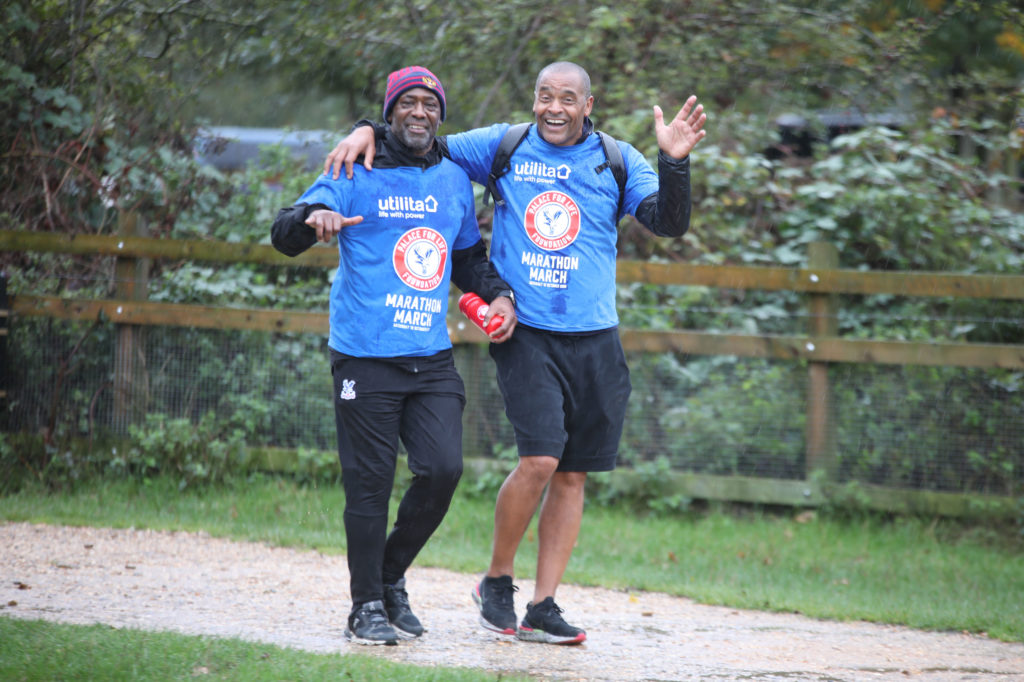 Bright said: “The weather was totally different this year, so that brought different challenges for us, and the chairman set a brutal pace! It was amazing to have Eddie Izzard with us, he’s a great supporter of the club and he knows a thing or two about marathons.

“We’re all extremely proud of the work the Foundation does, we’re a Premier League club but we’re caring for people in the community, helping them stay on the straight and narrow, keeping them fit and healthy and caring for them during tough times in their lives.

“Days like this are so important for us to raise money and raise awareness so that we can do even more to help in the future.”

Two fans had even travelled over to take part from Sweden. Kent Salomon and Mikael Westerback live just outside of Stockholm and have been following the club since the 1970s.

Mikael said: “We usually try to come over for a match, but we decided this year to do the Marathon March instead. Crystal Palace has a good heart, they take care of people and of their community, we just wanted to help. We really enjoyed it, we met so many nice people along the way.” 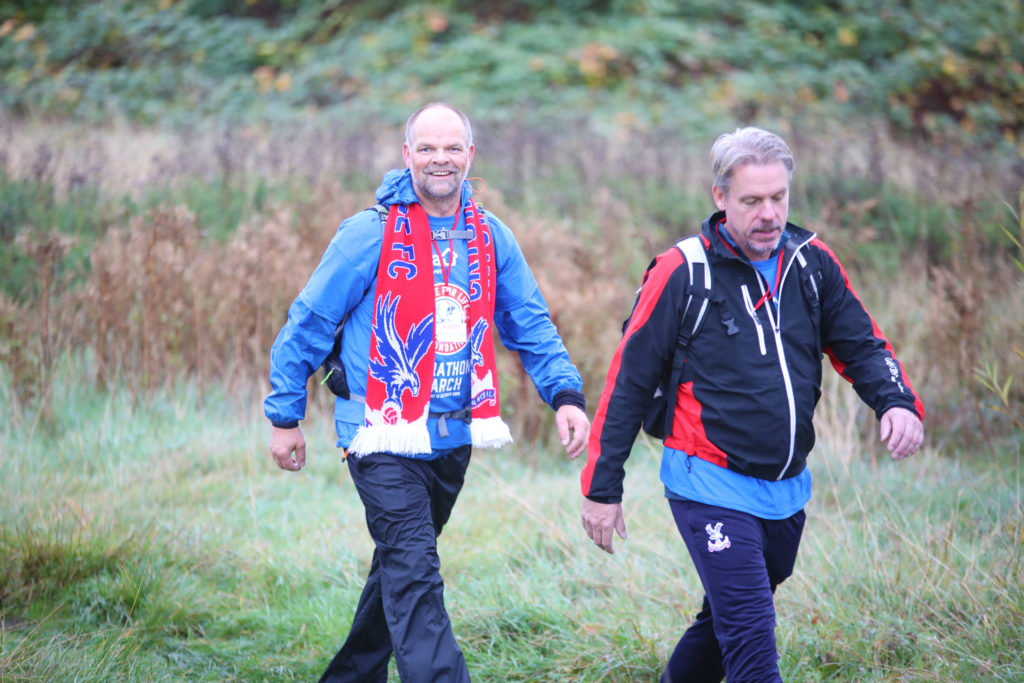 You can still donate to the Marathon March, powered by Utilita, by clicking HERE.