The Palace manager attended a very special training session with the Palace for Life DS Eagles, where players were also excited to meet Palace Women's Freya Holdaway and Ashlee Hincks.

Roy Hodgson took charge of a different type of training this week, leading Palace for Life Foundation’s Down’s Syndrome Eagles at their weekly session, helping players with their shooting skills and refereeing a match. 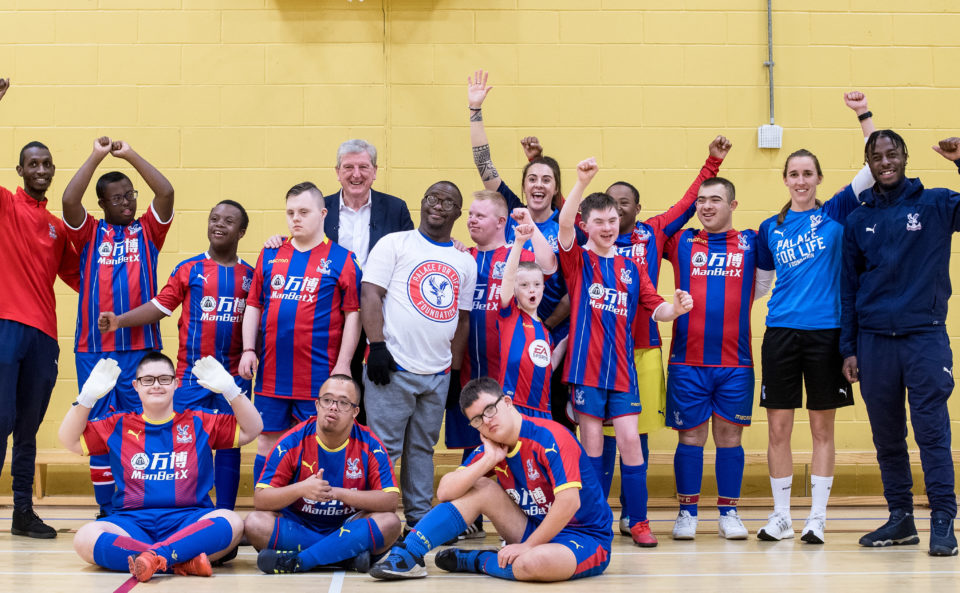 The Palace manager surprised the delighted players, who range in age from eight to 24, arriving to cheers and high fives at the Monks Hill Sports Centre in south Croydon.

Roy Hodgson, who first met the players back in September at a Foundation event, said: “This group are just fantastic, their enthusiasm, their humanity and their affection, it’s very difficult not to enjoy their company. When I was asked to come here tonight, I was more than happy and it’s great to see them all again. 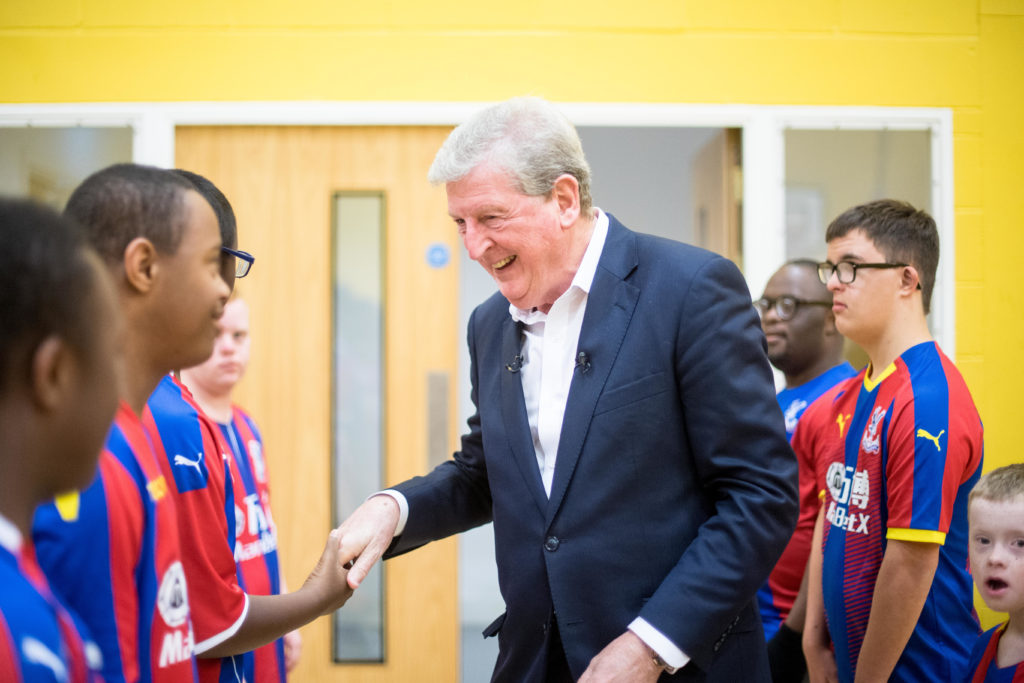 Our Foundation does a wonderful job, and you can see how much the children enjoy it and how good the coaches are with the young players, so it’s 100% positive.

“It’s not just about coaching, it’s about enjoyment, pure and simple. The main thing is that they go home each week having really enjoyed it, having had fun and a lot of encouragement and positivity.” 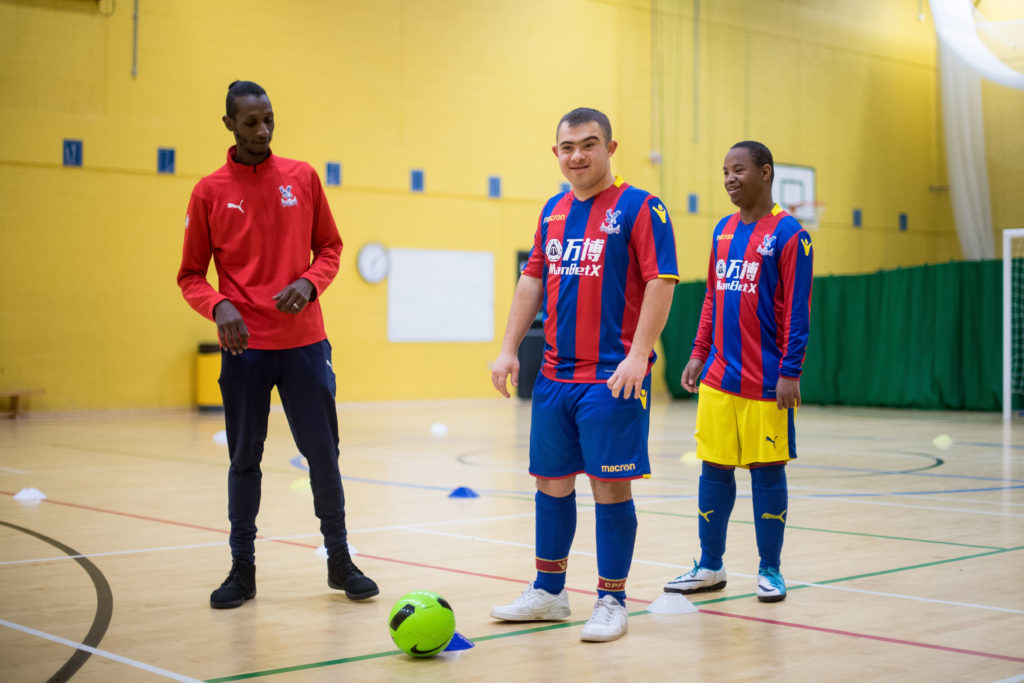 The team has been together for five years, training weekly and taking part in friendly matches and tournaments against other clubs. Sessions are based around football skills and small matches, but are also vital in helping players to develop their social and communication skills, as well as motor skills such as agility and coordination.

Roy continued: “Sometimes when you’re working at the top level, you forget the real basics of what football means to people, we get caught up in the winning and the losing and the hype around the professional game, but really football is this, it’s people coming out with their children on a cold autumn night and watching them enjoy themselves, with no worries about anything other than that.” 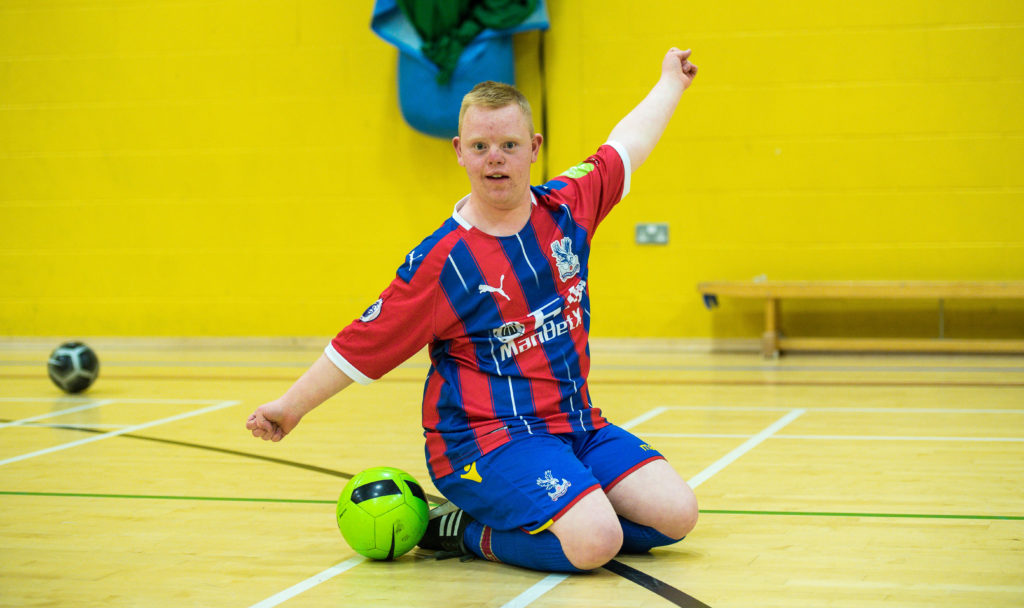 The DS Eagles were also treated to a visit from Palace Women’s players Freya Holdaway and Ashlee Hincks, who joined in with the training session and played in the match alongside the players. Freya and Ashlee ensured the session ended on a high for the players by inviting them to be mascots at their game against London City Lionesses on Sunday. 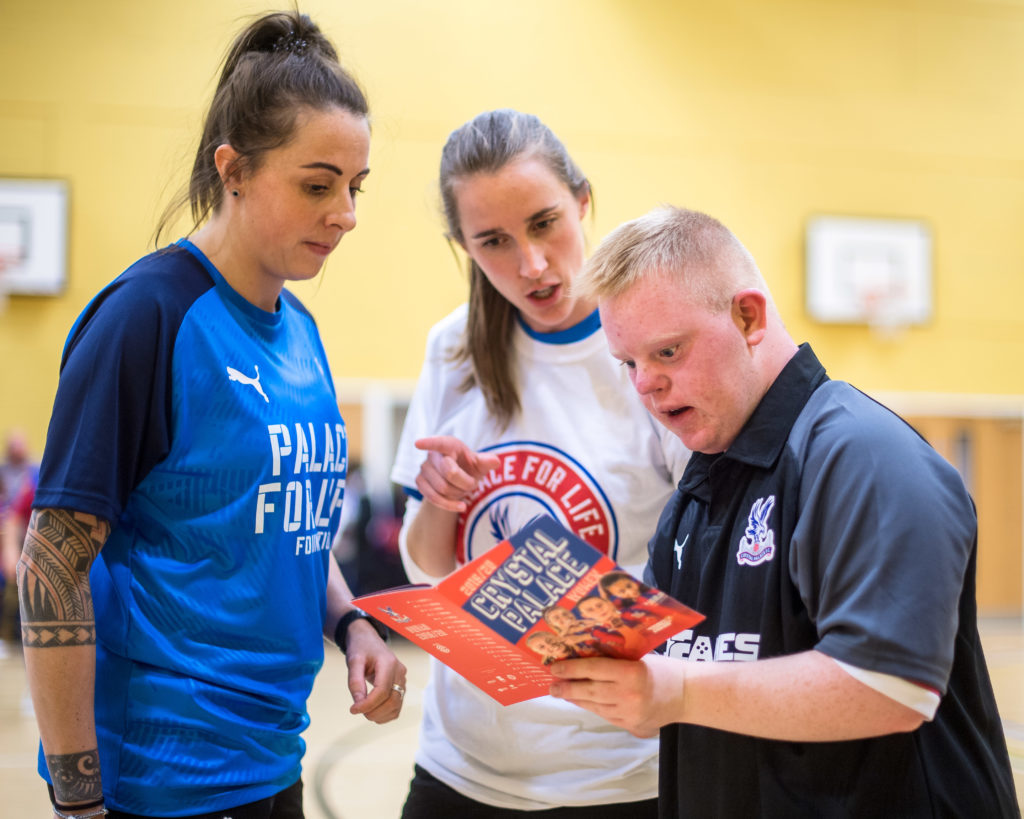 Ashlee Hincks said: “It was an absolute pleasure to be here tonight, I think we enjoyed it more than the players! They’re so enthusiastic and proud to play for Palace. We’re really excited to see them again on Sunday, when they’ll be walking out alongside the team.” 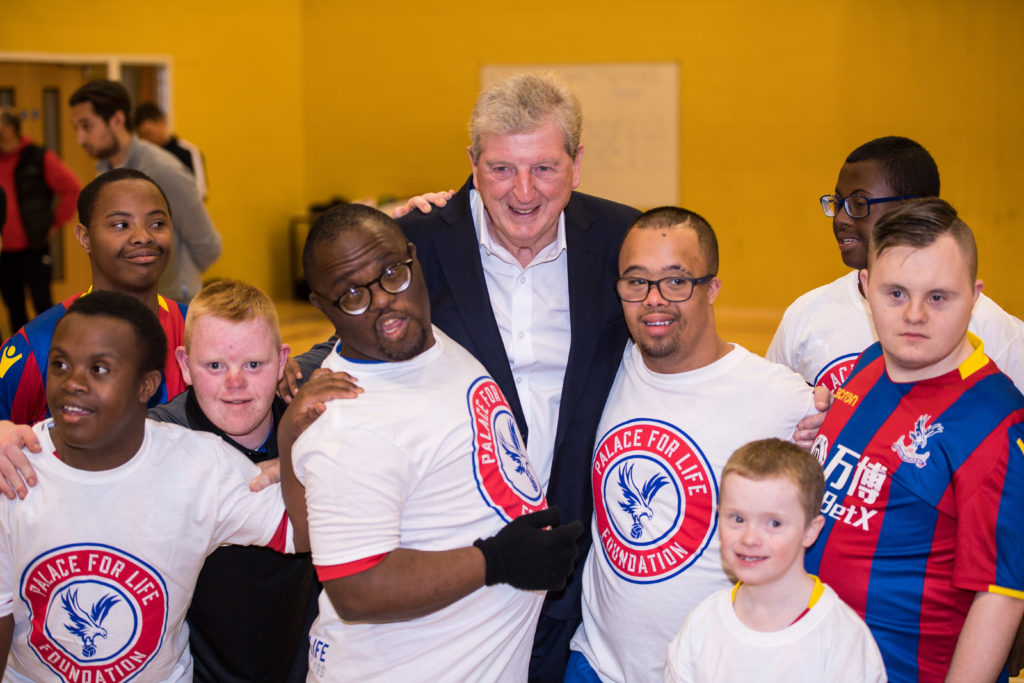 Palace for Life Foundation’s Disability Manager Michael Harrington added: “The young people who come here want to play football and they don’t always have the opportunity to do that in mainstream teams. Here, they are welcome straight away.

“For these players to represent Palace is such an incredible thing for them. To know that Roy and the Palace players have come down just to see them is a very special feeling.

“You can see how this has become a community, we have parents, carers, brothers and sisters who come down every week and join in and are all very much a part of this, they’re lifelong friends – the players and the parents!

“This season, we have a new sponsor, Go2Games, so we’re delighted to have their support, along with the Premier League who back our team. I’d also like to give a special thanks to the GLL for their help in arranging this evening’s visit and the Down’s Syndrome Association, who help to arrange festivals and events for our players to attend.” 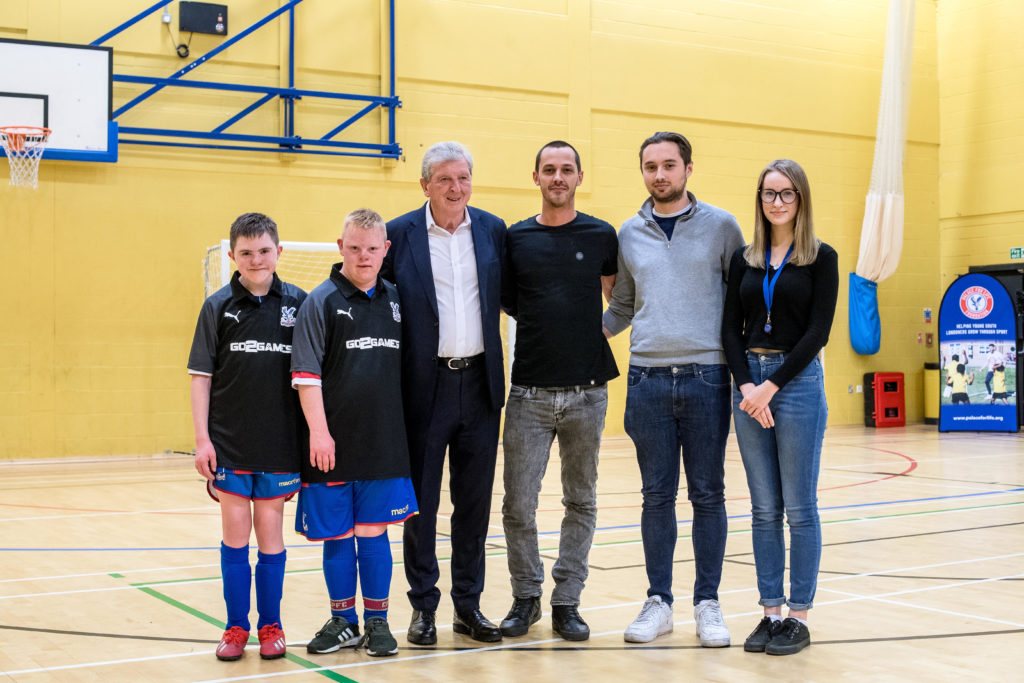 To find out more about the DS Eagles, contact MichaelHarrington@palaceforlife.org