Palace for Life Foundation’s Powerchair Football team made the trip to the K2 Sports Centre in Crawley to finally begin their season in the WFA’s South East Regional League on 25 February. Both the players and coaches have had a difficult start to the season, with their training venue being unusable for some time, and so have only been in full training since January. 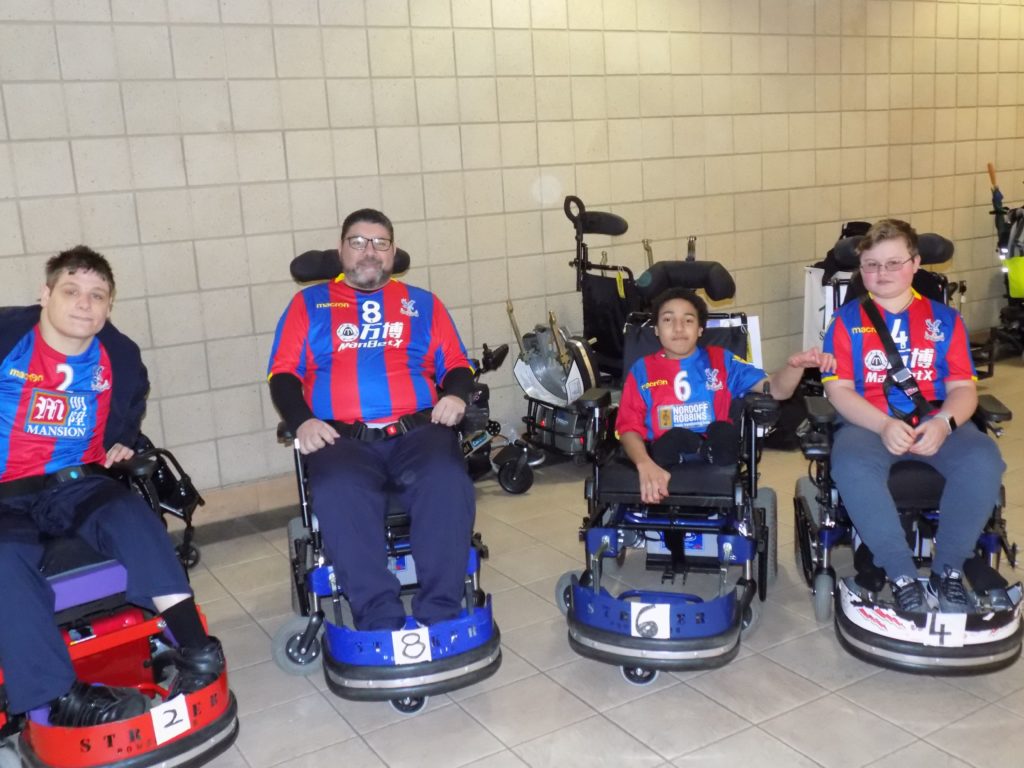 For some of the newer players, the day represented their first experience of competitive football, and there was a real excitement among the players before kick-off. They were well supported by mums, dads, friends and carers, who helped to create a brilliant atmosphere.

The team’s first game was against Norwich, but they quickly surrendered an early lead which proved too much to pull back. However, as the game progressed the team’s recent training sessions began to show as they started to play the quick one-touch passing they had been working on.

The lunch break offered the team the chance to regroup ahead of their second game against league leaders Reading. Putting in a much-improved performance from the first game, an even first half saw Reading take the lead before Matt Sharp finished the move of the day – scoring first time from Joel Sprouse’s long pass. Despite their best efforts, Reading fought back to take the three points.

All the players – Matt Sharp, Joel Sprouse, Ozey Osman and debutant Matthew Newnham conducted themselves superbly throughout the day and were a credit to the club. They will continue the season with their next round of fixtures on 25 March.

If you are interested in getting involved with the Powerchair Football programme, or any of the Foundation’s other disability projects, please contact Disability Manager Michael Harrington at michaelharrington@palaceforlife.org or call 02087686047.