Players from Palace for Life Foundation’s weekly Elite Learning Disability football training sessions travelled to the Lions Centre at Millwall FC for their first experience of a mini football tournament away from home. 16 players independently made the trip across South East London on Saturday 3 February, successfully negotiating a few tricky transport issues on the way, to meet Palace for Life coach Mounir Barka at Millwall. 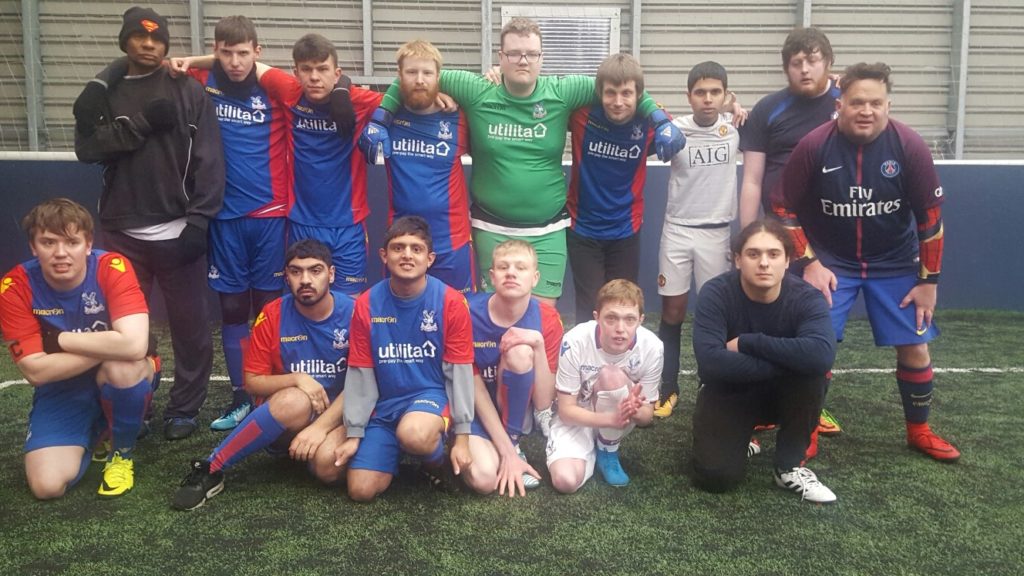 The four-team tournament included the Foundation’s two Inclusive Eagles teams as well as a representative from Millwall. Port Talbot Town Soccability FC also made the long journey from Wales to be part of the event. With each team playing each other once, there were plenty of high-scoring matches and the opportunity for the players to make new friends.

Jamie Reynolds, one of the Foundation’s team captains, shared his excitement:

“I was proud to wear the Eagles shirt and be captain on the day, as well as finding out our coach nominated me as Most Improved Player. I would like to add my congratulations to both our teams for a really great day out playing football.”

Coach Mounir Barka felt the tournament was a fantastic experience for all the players:

“We’ve had a fantastic tournament at Millwall. I was impressed and proud of our players, their discipline, commitment and above all the positive energy they gave since they arrived to the time we left was all I could ask for.

“It was so nice to see the players happy and having a good time; what makes my day is seeing them after the tournament talking and laughing with other players from Millwall & Wales and exchanging mobile numbers.” 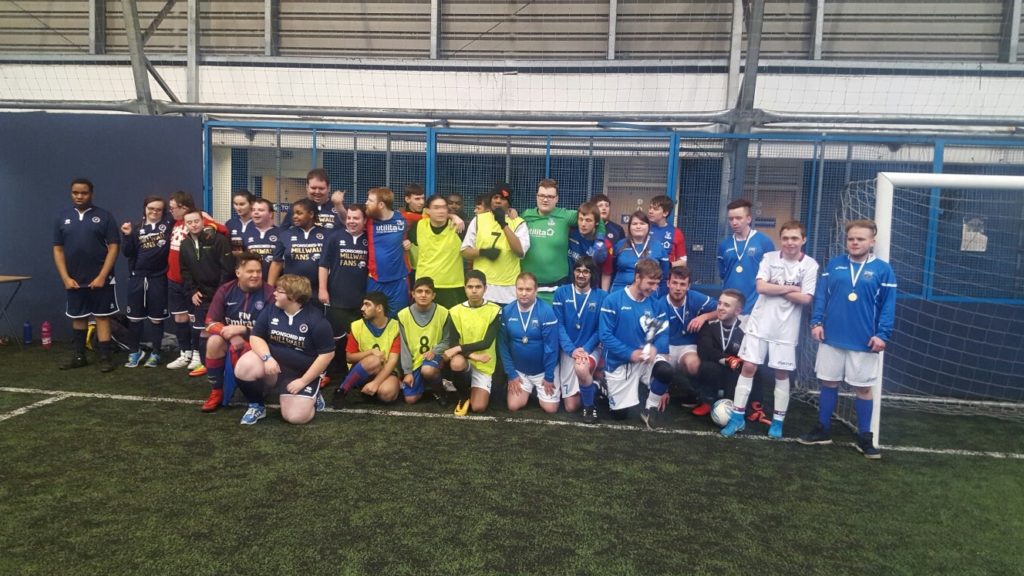 The success of the tournament was evident in the team’s following training session, with the players asking when it would be possible to play in another tournament. Planning is underway to give the group similar events to take part in during the year.

The Foundation’s Elite Learning Disability group train on Thursday evenings in Selhurst, by invitation only. However, Palace for Life also run regular Learning Disability football sessions throughout the week, through which players can be invited to the Elite group.

For more information on Learning Disability Football, or any of the Foundation’s other Disability sessions, please contact Michael Harrington at michaelharrington@palaceforlife.org or call 020 8768 6047.