The DS Eagles (Palace for Life Foundation’s Down’s Syndrome football team) have had an eventful year. In March, they played their first ever friendly match against Fulham Badgers and then travelled away for a game against Norwich City’s Down’s Syndrome team. The following month, the team were invited to the Palace for Life Foundation’s official launch at Selhurst Park. The DS Eagles co-hosted the Down’s Syndrome Football Festival as well – alongside Fulham Badgers at Motspur Park Training Ground – with teams from Millwall and Hull also taking part. 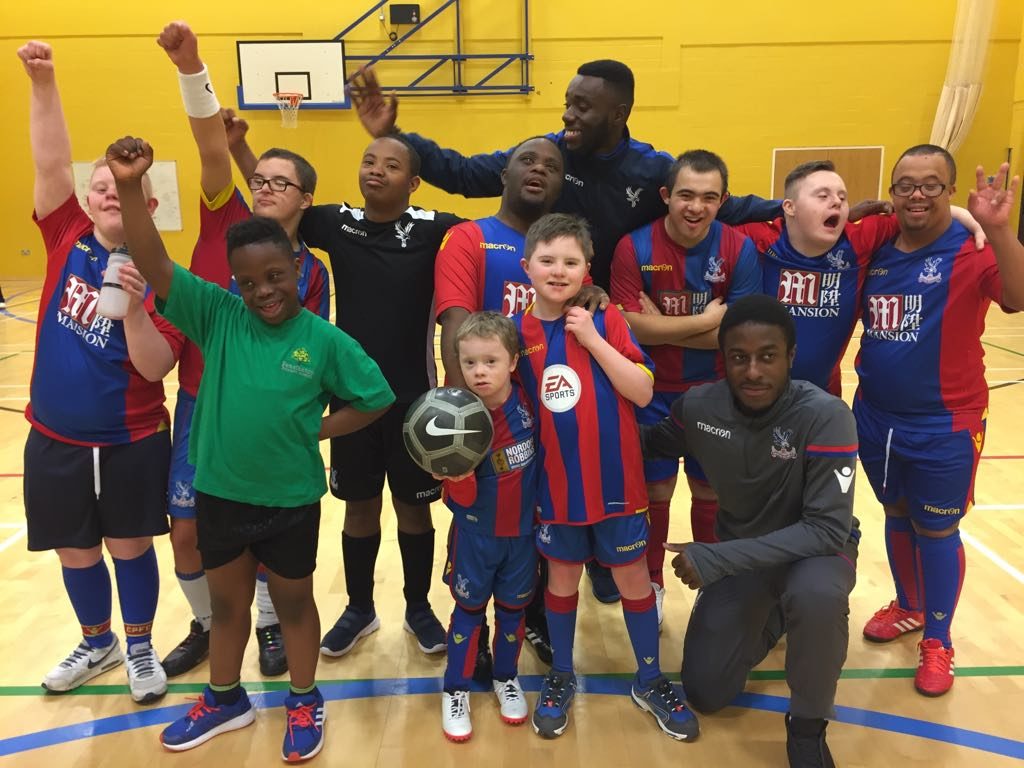 During the summer, the team made their debut at the Down’s Syndrome Active National Football Festival in Birmingham, and then participated in a range of sports at the Premier League and BT’s ‘Festival of Sport’ at the Stoke Mandeville Stadium. This month, some of the DS Eagles attended the Crystal Palace FC Disabled Supporters’ Christmas Party. They were delighted when members of the first-team squad joined them for photos and signed their shirts, as well as giving them cakes. Palace manager Roy Hodgson also had his picture taken with the group. 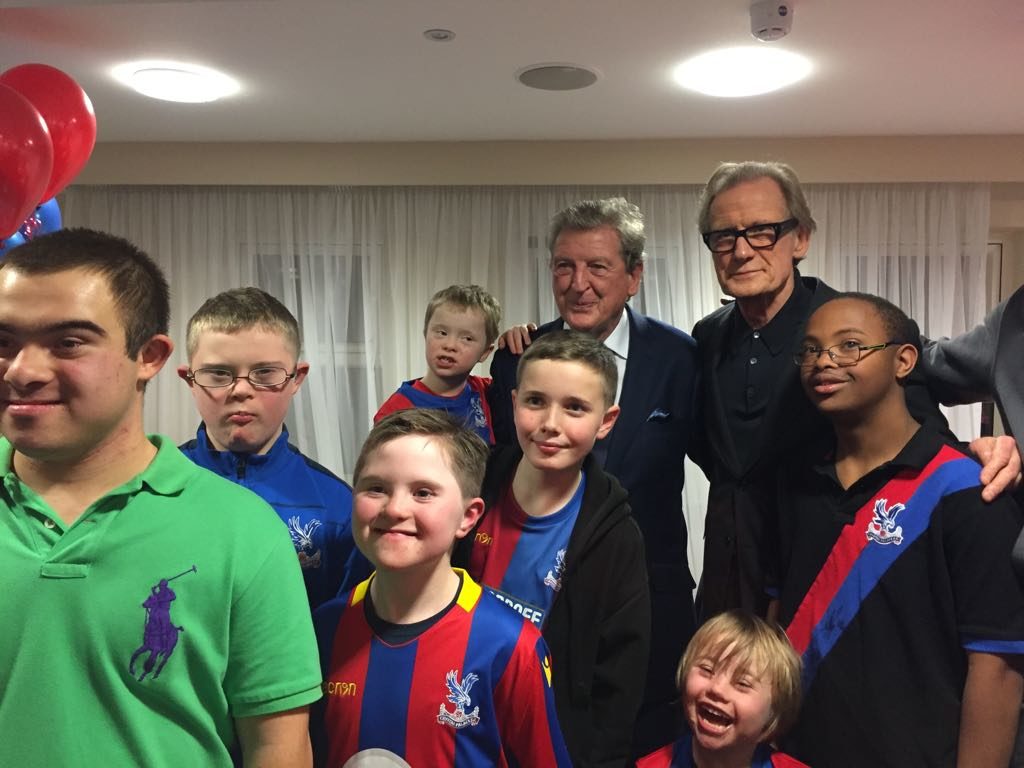 Ruairi, one of the DS Eagles players who went to the party, had a fantastic time:

“I had so much fun at the Supporters Party. My favourite moment was meeting Yohan Cabaye!”

The following evening, the team were enjoying their penultimate weekly football session at Monks Hill Sports Centre. They will finish 2017 with their own Christmas Party after the final session on 13 December.

Following a Christmas break, the DS Eagles will be hosting a Football Festival on Saturday 20 January 2018 at the Crystal Palace National Sports Centre (from 12-2pm) and competing with a number of Down’s Syndrome football teams from across the country. 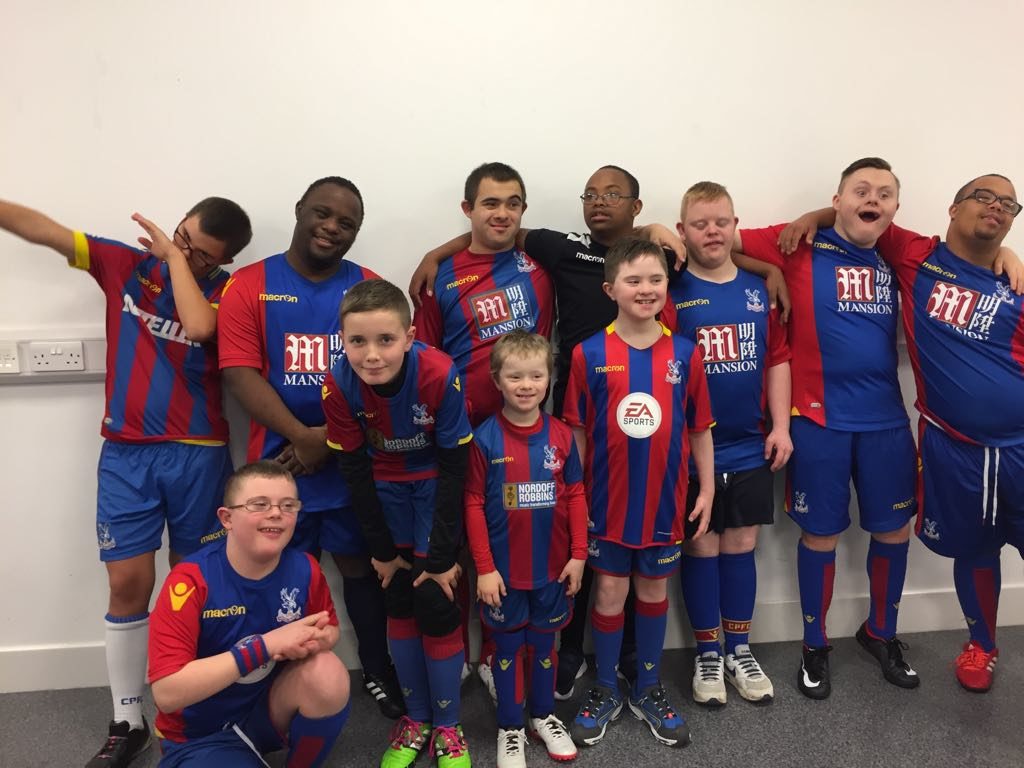 To organise friendly matches or for further information on joining the Down’s Syndrome Eagles, please contact Keon Richardson (Foundation Disability Officer) on 07522225373, or by email: KeonRichardson@palaceforlife.org